is it possible to build Meng’s M2A3/M3A3 without the BUSK III or should I stick to the Kinetic kit for that?

Also, would a Bradley be used in non-urban combat without the BUSK?

You would be able to build the M3A3 from Meng and not add the BUSK component (ERA bricks, ballistic glass panels, DUKE antennas) 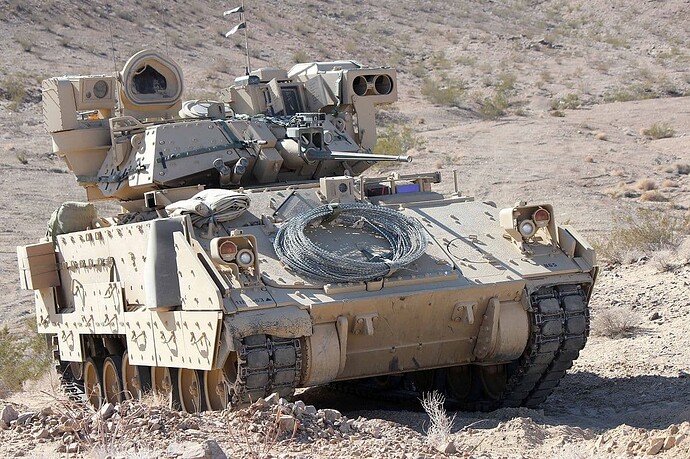 Would I need to adapt any part?

The “naked” side skirts on the Meng kit do look like this photo. 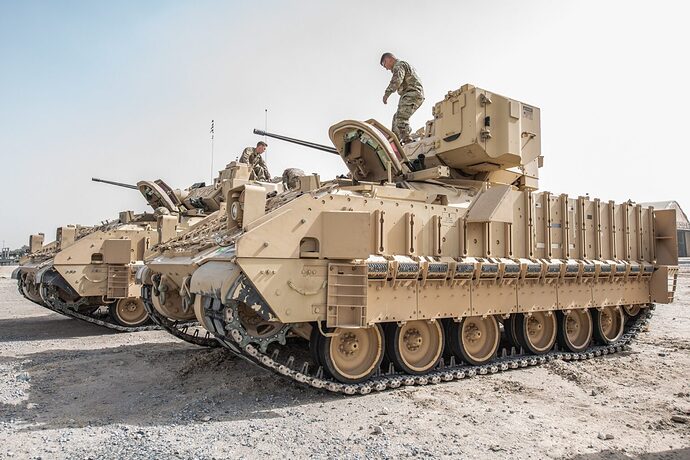 You can use it w/out the ERA and keep the rails for the blocks as they are attached to the side skirts.

If you want clean side skirts, the easiest way is to get the E sprue out of the Tamiya M2A2 kits (basic or ODS) and use them on it. On the M2A3 kit, you will also need to cut the blocks on the front glacis apart where the mounts for the lights are and sand them down to be thin enough to add the mounts by themselves to the front glacis.

That is what I did on my M2A2 backdate using the Meng M3A3. I used the M3A3 since it comes with the standard storage boxes on the rear, as opposed to the A/C units. It also has different front ERA blocks and the lights mounted on the front glacis already. I reworked the top TOW reload hatch area as well since I backdated it. You can see all the mods I did below.

And yes, Bradley’s do not usually have the BUSK on them. It was only used in combat in Iraq where close combat in cities and IEDs were common.

Thanks for the reply.

So, to build a current M2 or M3 (in 1/35th) currently in Europe more or like OOTB, which would be better? I’m guessing none of the current options on the market will let me do this.

Unfortunately, OOB is not gonna cut it. I would buy the Tamiya M2A2 E sprue and use it on the Meng M3A3 kit w/out any of the ERA blocks. You can leave the BC’s armored glass surround on the turret as they have been retained on some Bradleys.

If you want the most up to date, you need the T161 tracks out of either Panda’s M109A7 or to get the original Kinetic M3A3 kit (#K61014), which has the smooth side skirts already, but some other things to correct, the light mounts as above for one. More info on how to make it w/out the BUSK can be found at the build review I did of the original Orochi M3A3 (kit it is based on) without BUSK. 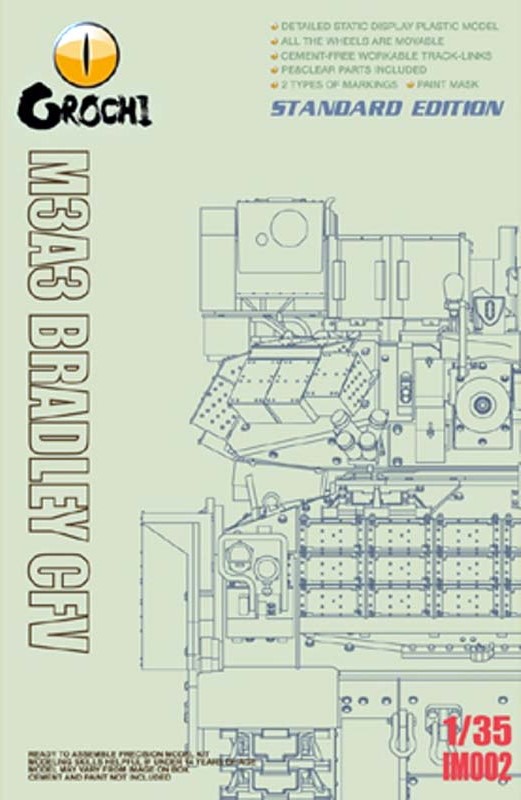 Orochi brings us a descent model of the M3A3 Cavalry Fighting Vehicle (CFV) Bradley. If you are looking to build a Bradley CFV, this may be the one to get.

This covers most of it though. 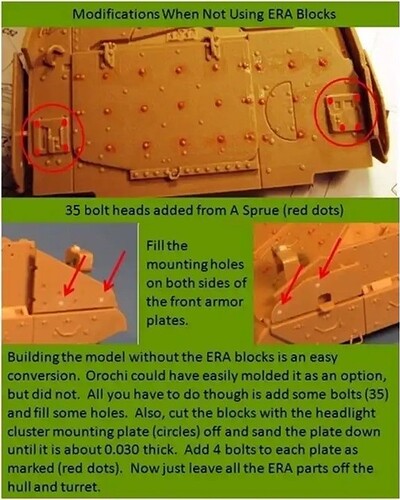