As of yesterday, my unfinished M1151 GROM, M-ATV SOCOM and one more started topic are going to the drawer for a while. Yesterday, the expected almost 7 months old Mercedes G model of the Dutch special forces arrived at my house. I already have one, but this one shows a newer, more interesting version of the vehicle. Eight months ago, a gentleman from the Netherlands offered a Mercedes model in four versions. I applied and here it is. The manufacturer is not given in the title, but it is made to order, as it were, although there were a lot of people on the mailing list. The model is resin with 3D printing additives, plaques, and decals for all four options. The whole performance is SZTOS! Insane quality, no traps, great detail and the whole thing looks like Lego. I am impressed and although I already have one Dutchman, I will probably be tempted to double the previous version. I am uploading photos of the manufacturer’s offers, the original version of my choice and a small inbox. 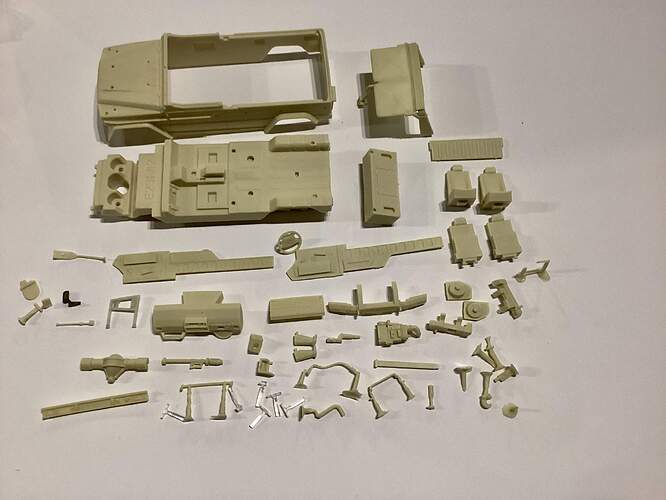 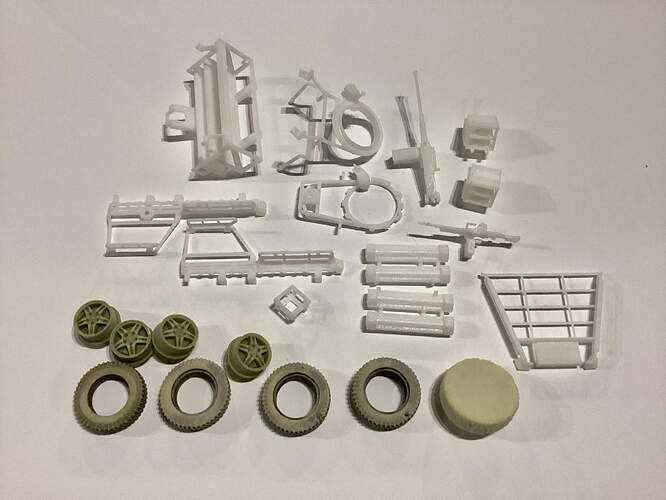 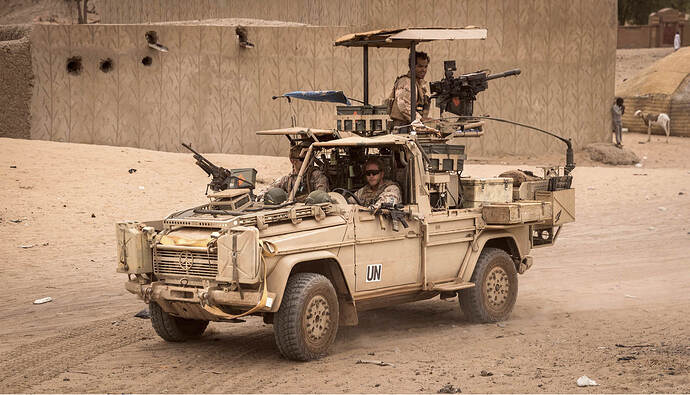 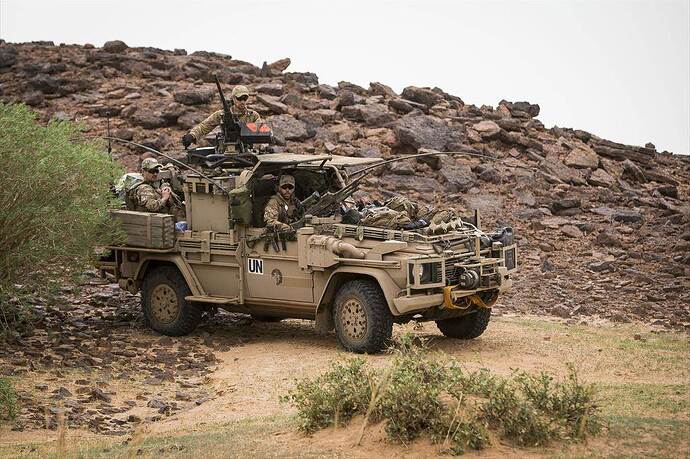 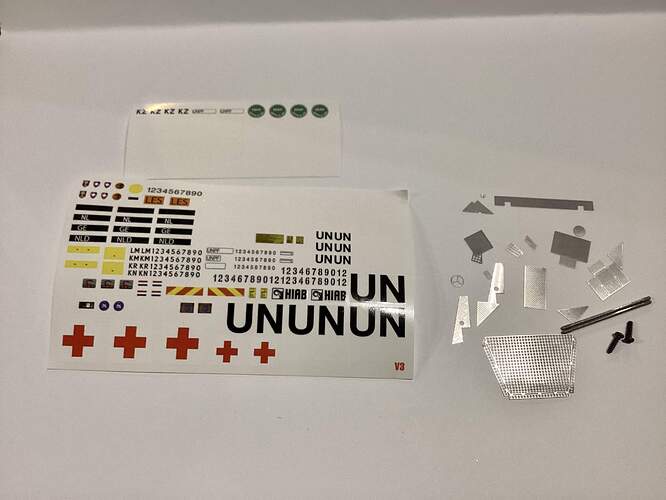 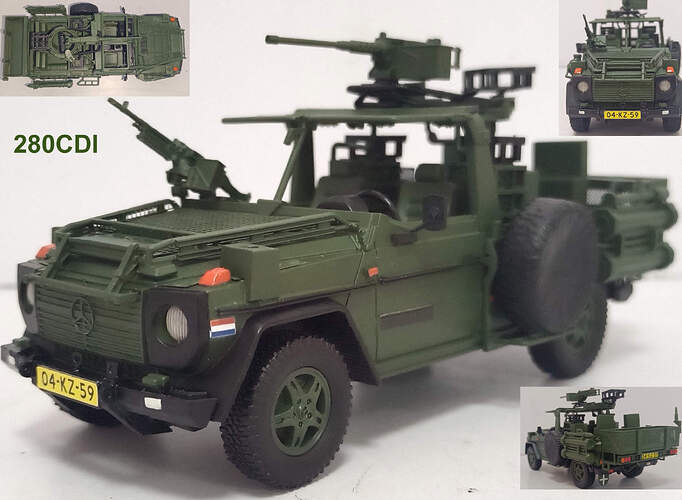 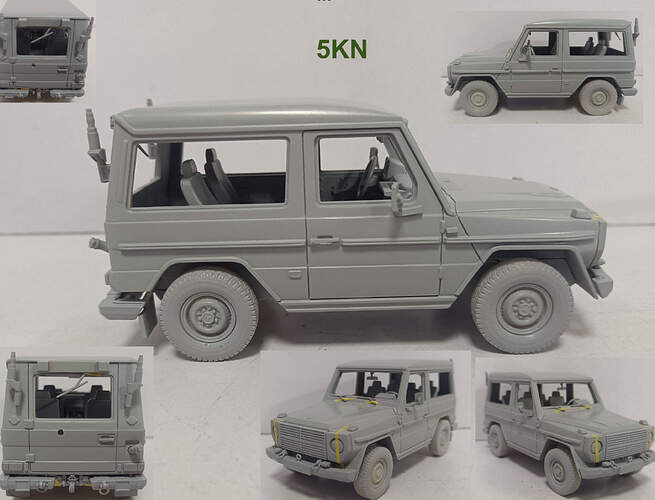 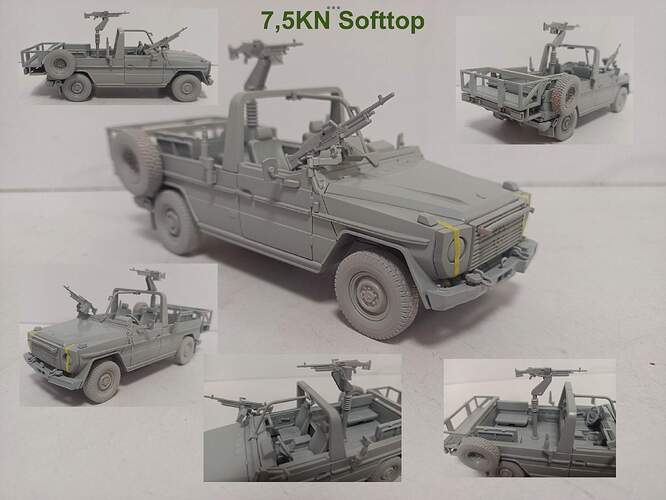 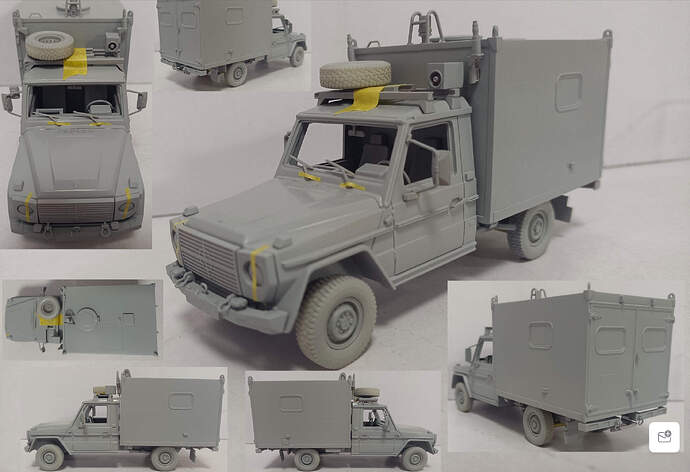 Wow, that’s one hell of a boutique kit.

They look great. How would one go about ordering one?

Now that is very interesting; does he produce a long-wheelbase version - ie a four-door model? I could certainly use one. I’m trying to model one of these (I have the Revell Wolf but my scratch skills are somewhat lacking): 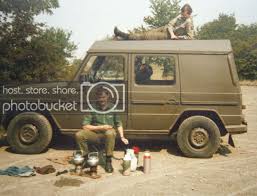 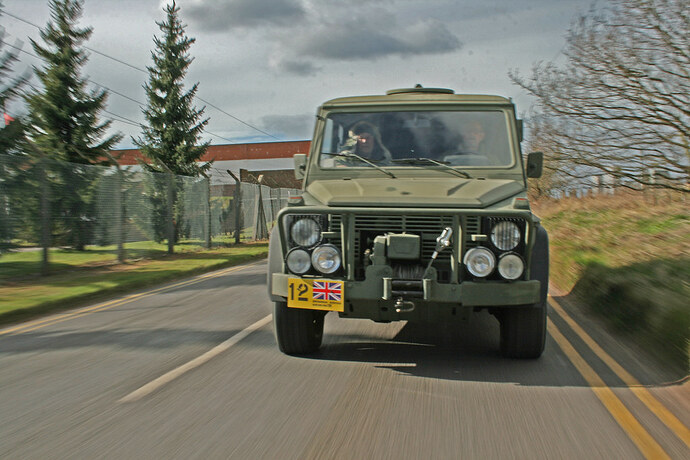 I could probably manage to scratch the winch and bumpers, and even the top hatch, but anything else would, in all liklihood, defeat me.

The manufacturer seems to be Mad Modellbau. You are lucky to have already this kit as it is not yet sold on their website.

@terminator -I’m not sure though you may be right. The order was organized for about 50-70 people.

Well, I hadn’t heard of MAD-Modellbau, but they seem to have exactly what I need; I’ll drop them an email.

Yet again, Armorama to the rescue! 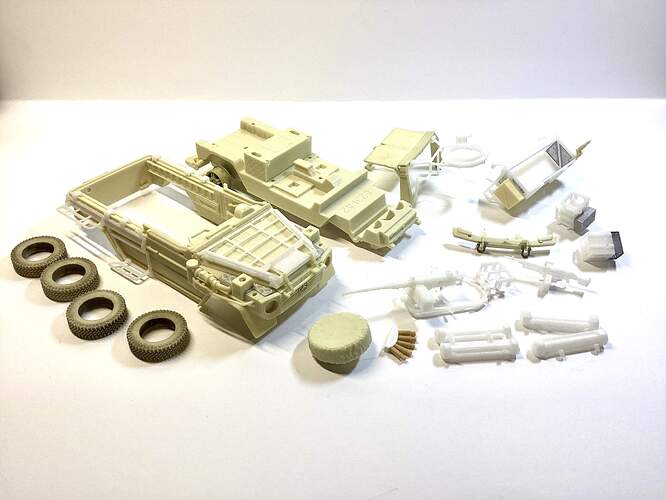 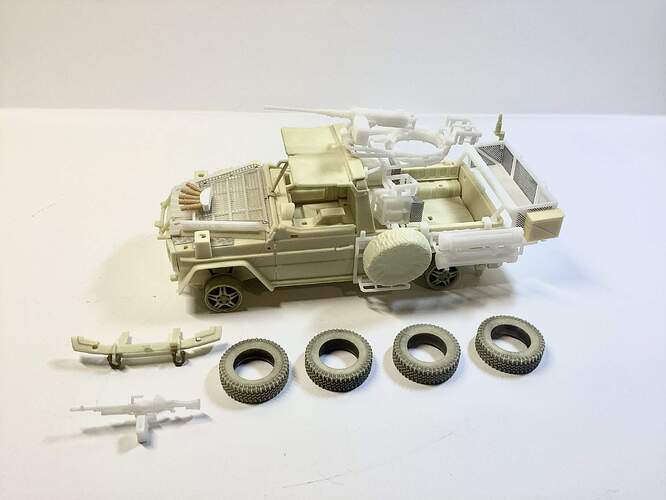 Wow, it sure looks like a different FAV than other kits out there. Nice job!

Oh, this looks really nice! I like the kit, it seems to be something special indeed.

Awesome details on this kit !

Very nice stuff Piotr ! Just one thing : there’s a post that supports the gun ring at the rear on the 1:1 Mercedes 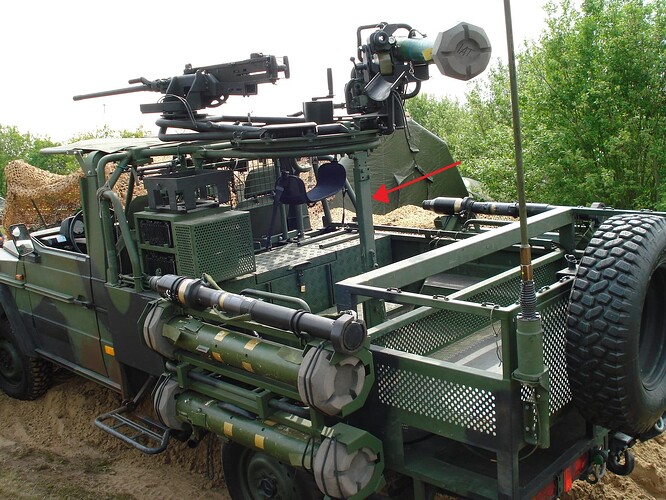 Frenchy- everything under control. I have this item

Painted but not yet assembled 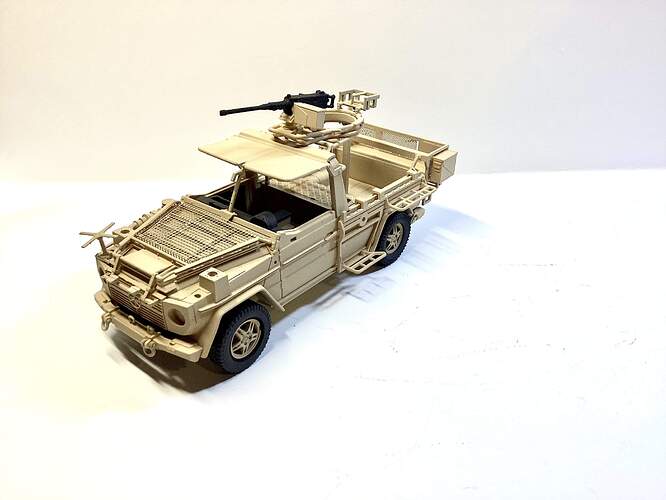 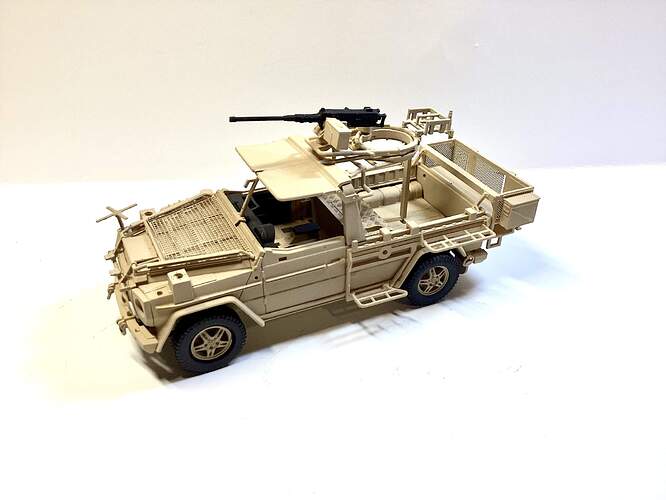 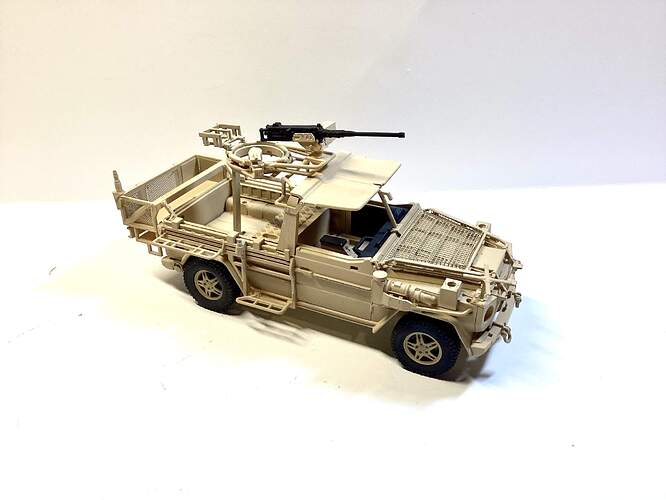 I wonder if the size of the 50 cal machine gun is good. It looks a bit overscaled on your pics.
Several 3d printed parts look a bit thick (rear ammo can holder, running boards, wire cutter for example), probably due to the technology who doesn’t allow thinest parts.

Alas, if only plastic model companies can make some modern SOF FAV kits…

@terminator -You’re right about the “50”. need to be replaced with a more suitable size. The rest doesn’t look bad, but probably the racks for the ammo boxes would be better made of photo-etched metal 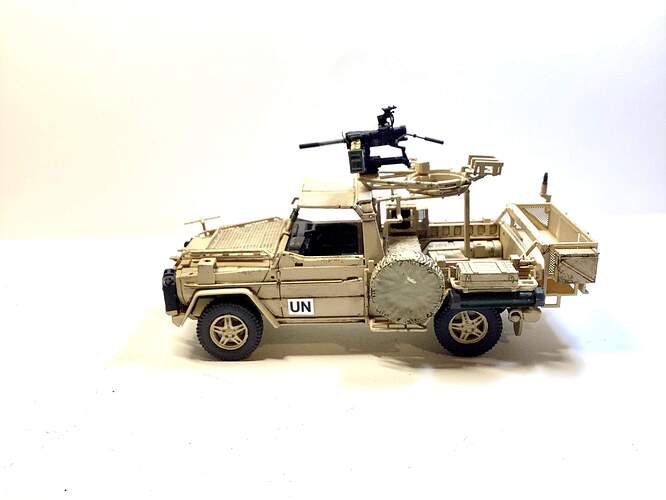 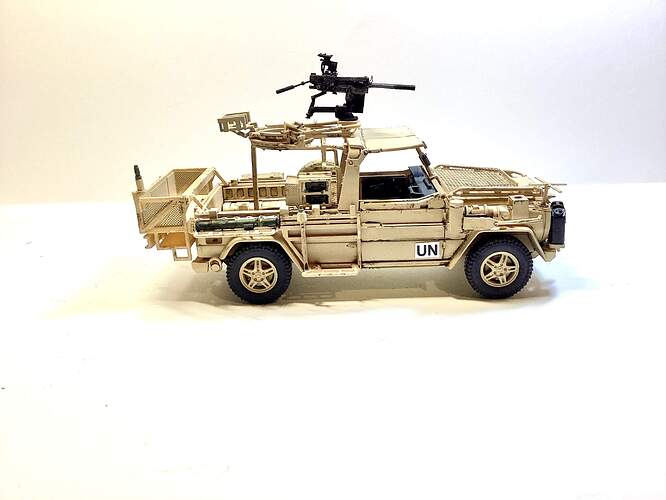 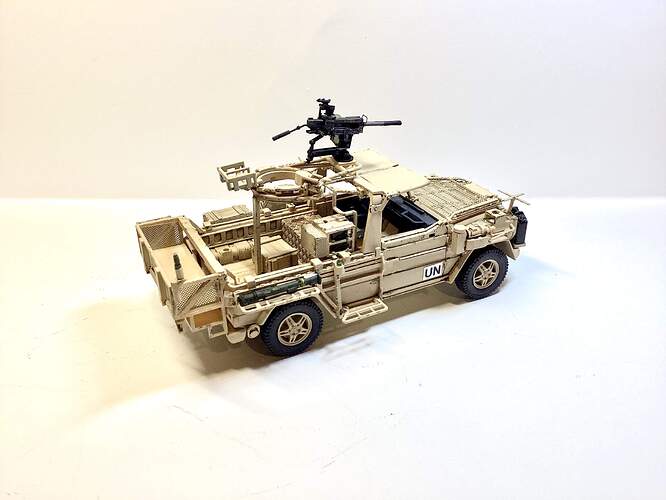 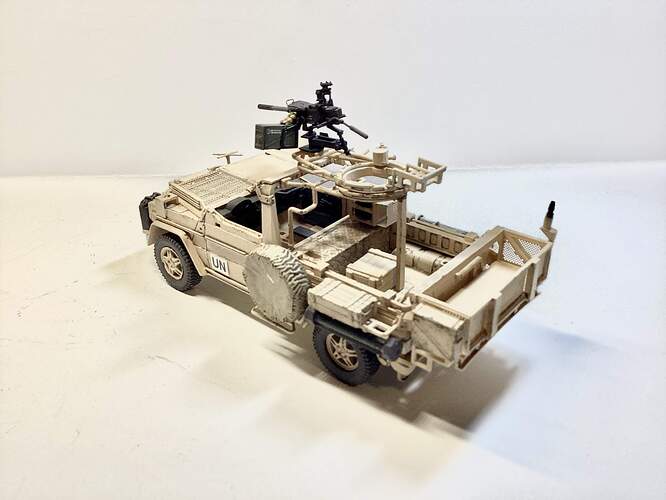 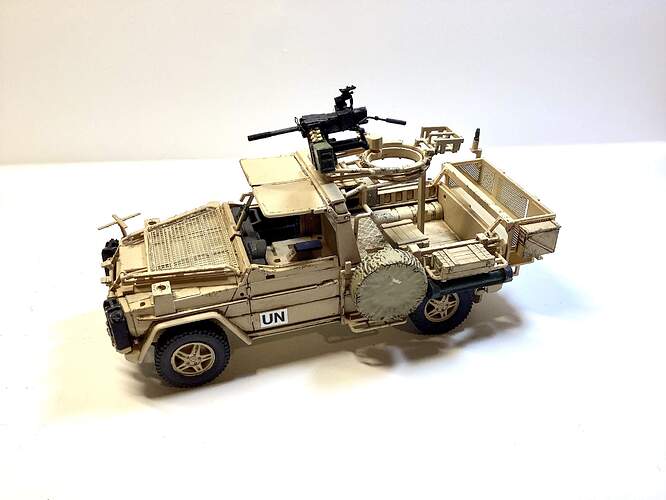