I feel the Railroad portion of today’s Military Scale modeling sort of gets lost in the necessary separation that has to exist between Armor modeling and Railroad modeling.
I would very much like to encourage all armor modelers to take a trip on the “Rail Side”!

Photos shown here are samples of what you will see "Over There!" 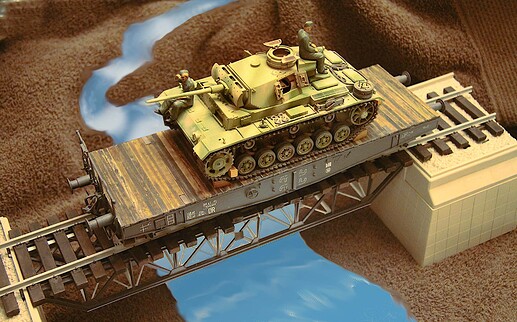 .
This post is intended simply as a traffic builder for the Railroad Modeling portion of the Armorama site as I feel a lot of Armor Modelers might be missing out.

.
Please Note: I have pulled all the photos below from the Railroad Modeling pages of Armorama without the permission of the authors, so if any of these Gentlemen would prefer to be removed from this thread they have only to ask. 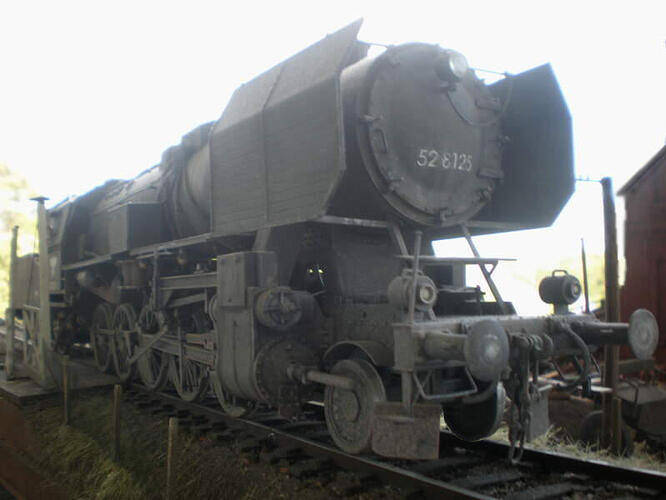 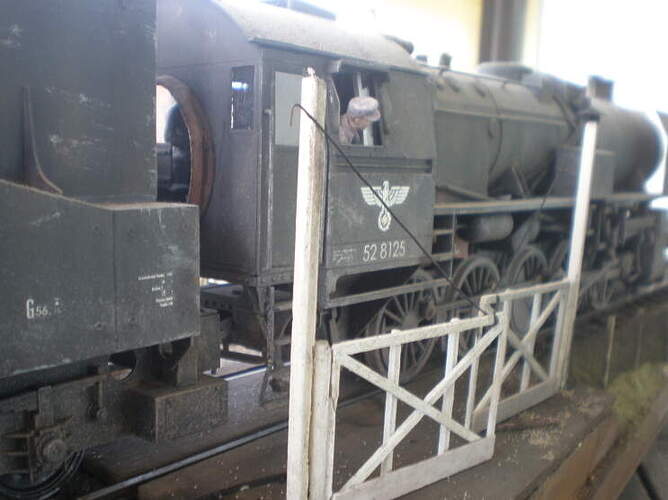 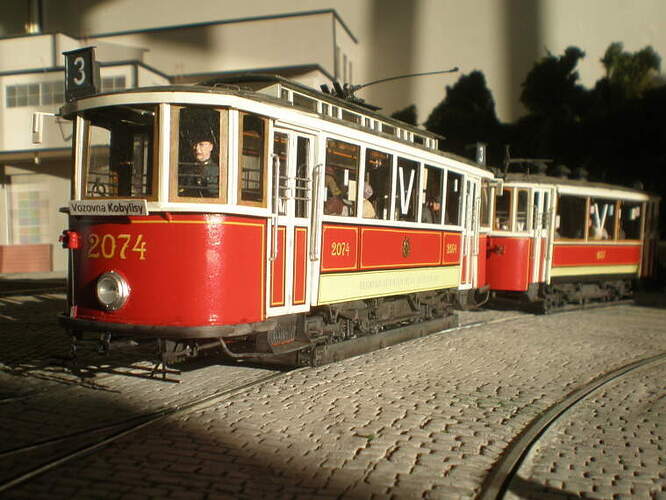 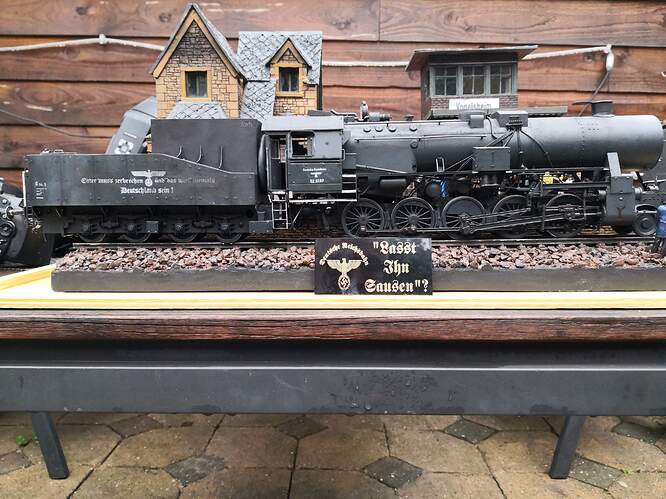 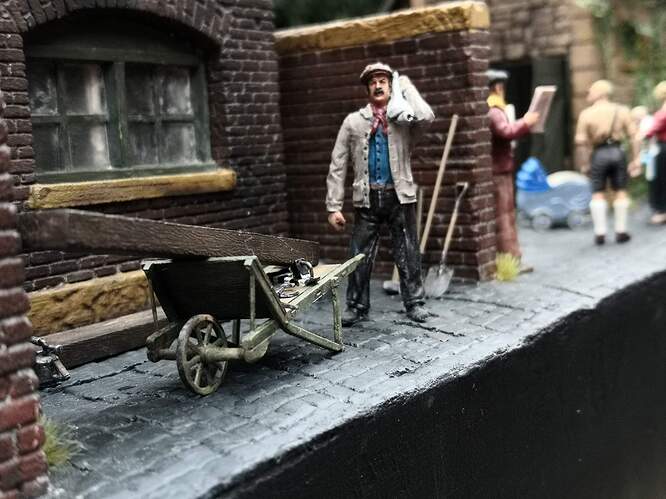 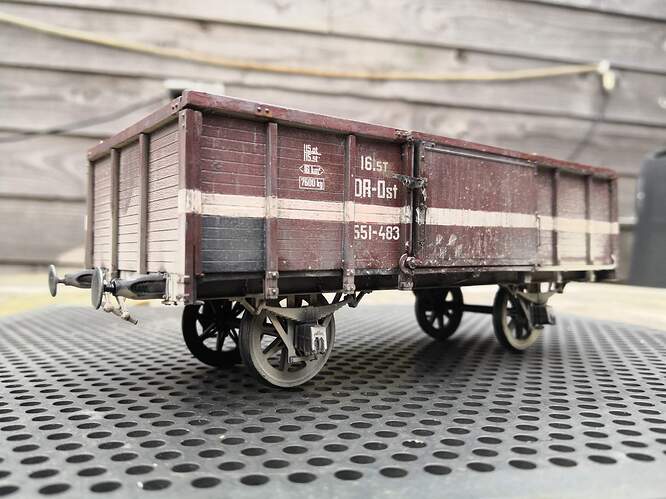 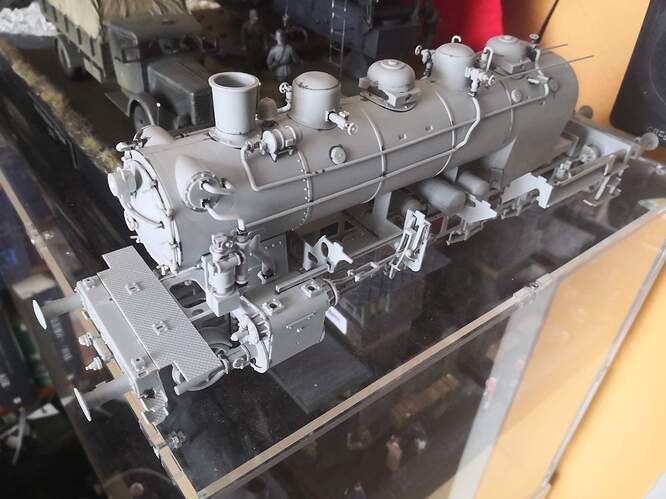 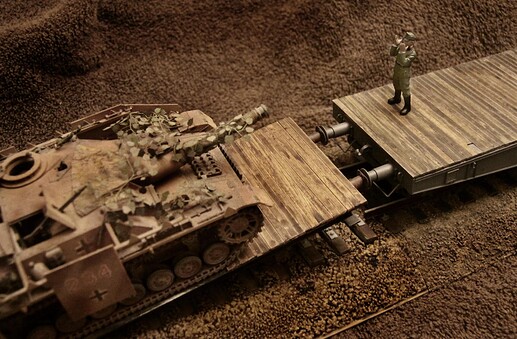 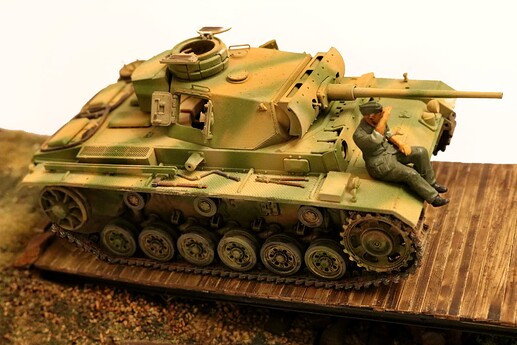 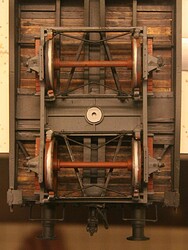 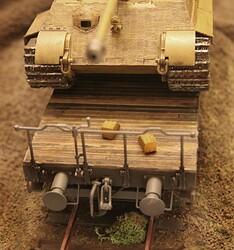 That last photo of the loaded King Tiger model on the flatcar is just for a size/width comparison. It’s not that I think that this lighter four axle plattformwagan would/could actually carry that tank.

.
And now for something entirely different: a US Prototype “Military Scale” World War II steam locomotive model in 1/35th scale !:

S-160 wartime lend-lease US locomotive as exported ALL OVER the world. 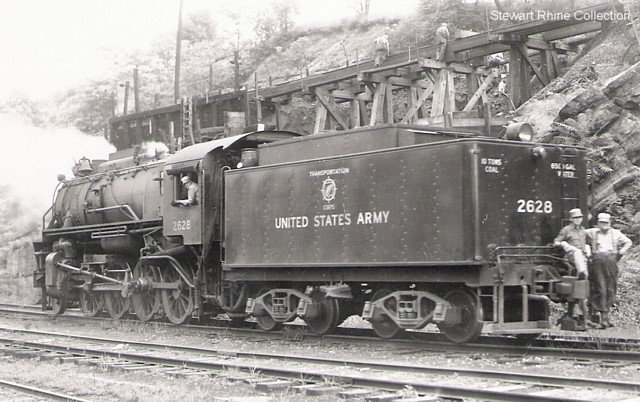 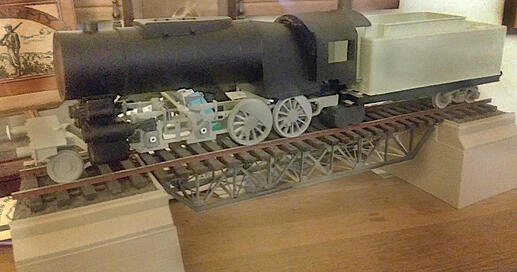 S-160BuildStatis1854×978 236 KB
Pre-production resin model in 1/35th scale, under construction. Model is yet to be released by Commander Models & Iron Shipwrights. It does however appear in their online catalogue. (Site link directly below:) 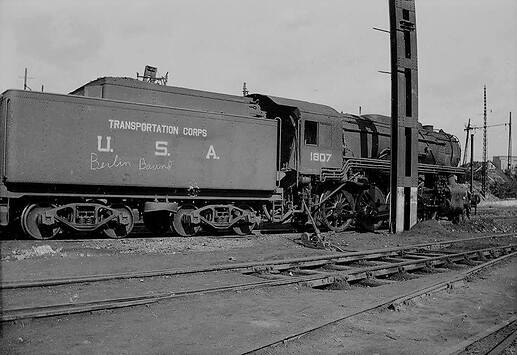 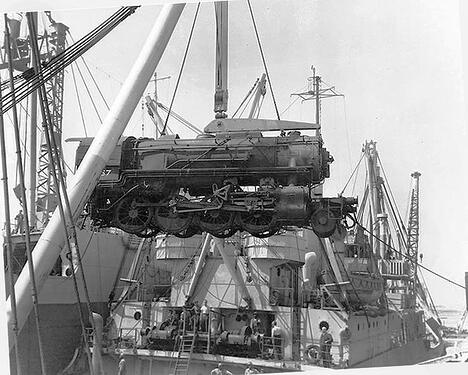 If your are modeling any WWII time period after D-Day+60 this locomotive would be right at home pulling any of the, then captured, German boxcars, flatcars and gondolas being offered by several model manufacturers today! 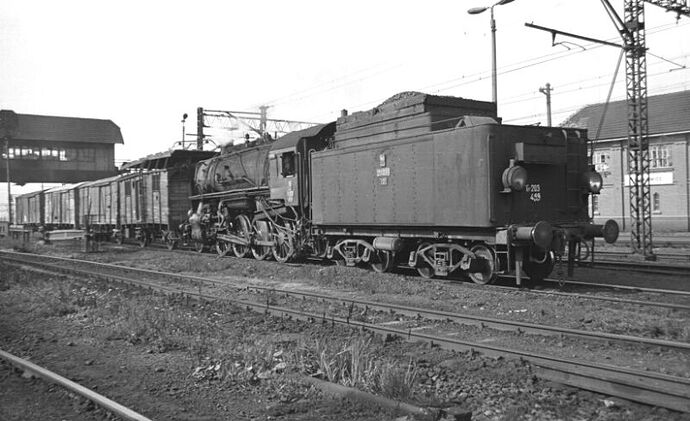 Some finished sub-assemblies for the S-160

Hey Guys 'n Gals ~ How about for a change up - doing a post D-Day, Allied Railroad Diorama? 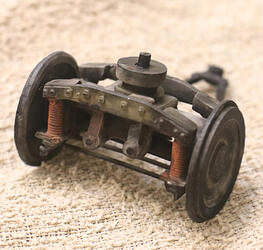 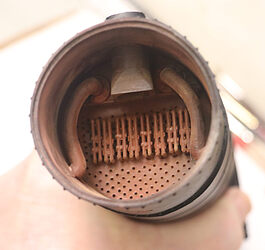 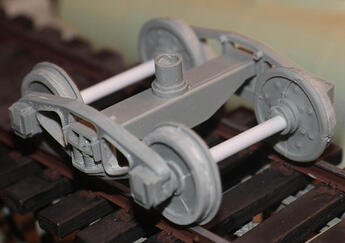 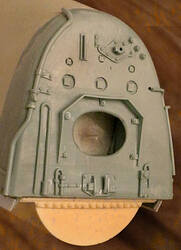 Found this one over in the Diorama section from klanfa61:
An “La T3 Class Wartime Locomotive” AND it is a full Scratch Build. 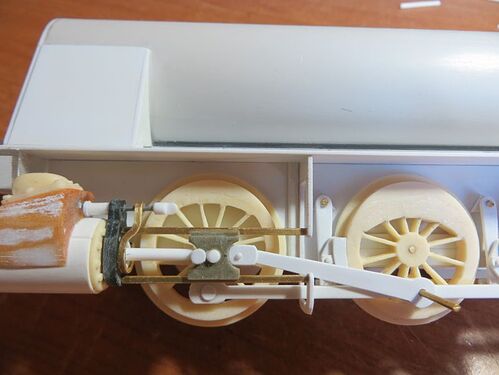 An old, “NEW” Armor/Softskin posting over on that *Railroad Site" by 165thspc.

A Deuce and a Half converted to a railroad locomotive: 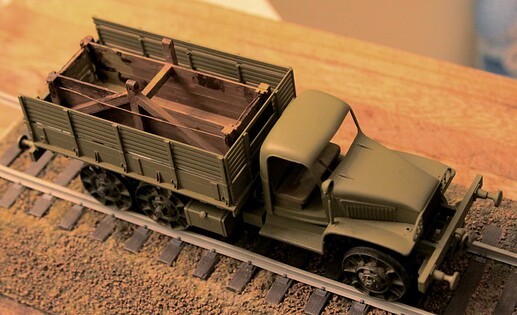 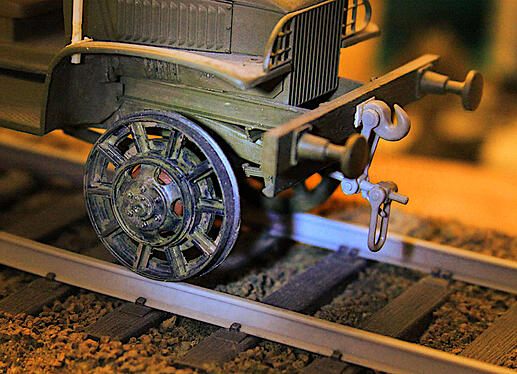 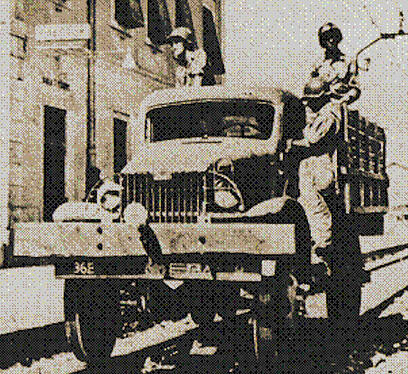 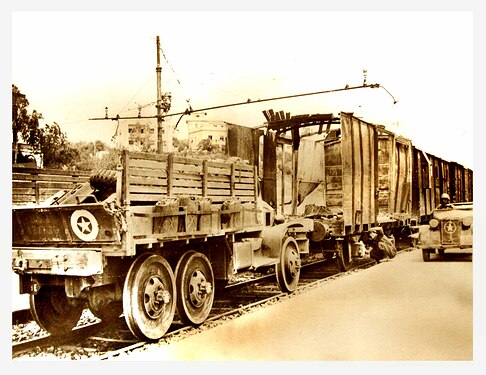 Great to see examples of the crossover between the different disciplines being showcased, some lovely builds going on here,

Michael, et.al., I created a poll at Armorama concerning railroad models. If you’d like, go take a look.

OK, I have now filed my official vote!
*(Would have liked to vote for both #2 and #3 but I understand.)

If people could vote for more than one then you wouldn’t get a true picture (percentage) of just who are interested in what. (The total votes would come out as a number larger than the total of ALL voters.)

Also, The survey was a bit hard to find. Would never have stumbled upon it on my own.

Perhaps I can put a link to the survey in my various railroad + armor threads?

p.s. I have now posted a link to the survey on all my Railroading threads.

How about a link, Fred?

Sorry Pz this was supposed to be a private message sent just to Fred B. ???

However here is the link to the 10 second survey:

Please consider taking a quick (10 second) Armorama survey. We are trying to find out just how many viewers are interested in both Armor AND Railroad Modeling. 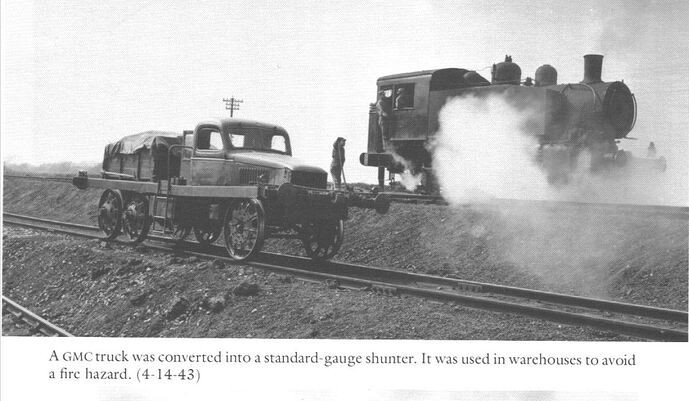 Michael, thank you for bailing me out with this.

Michael, interesting. I think it came through to me as a public forum posting. Sorry but great idea, thank you for suggesting it.