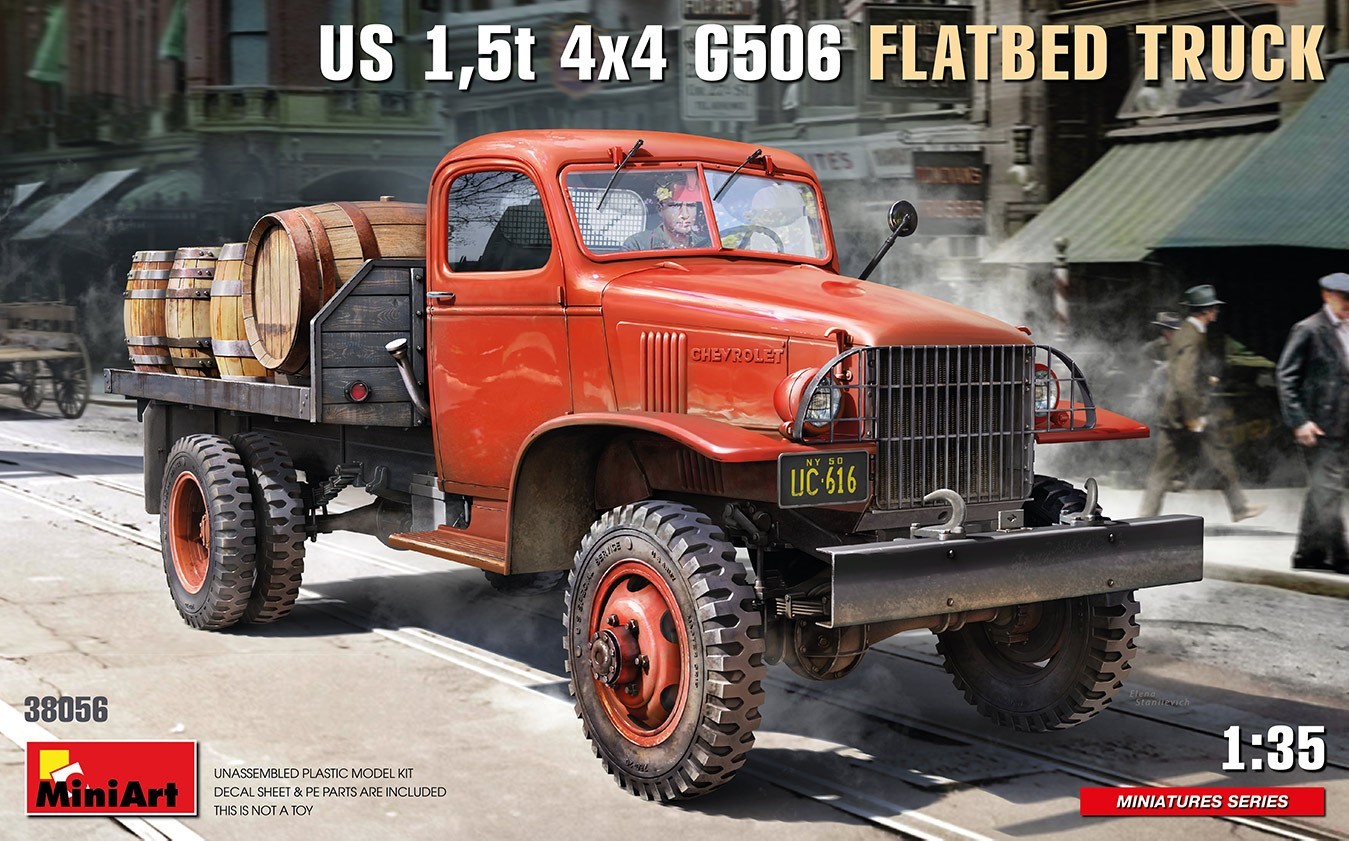 MiniArt and ICM appear to be going at it toe to toe producing softskin vehicles for the plastic modeling hobby, this G506 is reminiscent of the kits Peerless used to market, kudos to both for coming out with offerings that appeal to the wheeled AFV fanatics (such as myself

). Next in line would logically be the venerable Dodge Power Wagon

Love the idea of civilian applications. Since I live in Florida, the application of the Florida plates would be obvious, as well as adding a Minor Models 6,000 lb. auto crane, and some workshop pieces, would make for a great junk yard scene. Painting/detailing/decal possibilities would be endless. The Florida plate represented is Putnam county, indicated by the number 22, and the weight class letter of “D”, indicates vehicles under 2500 pounds, as well as being indicated as a passenger car. I don’t think this truck is a passenger car

. Putnam county lies between Jacksonville and St. Augustine. St Augustine is a little over an hour north of me…making it a very appropriate plate indeed.

Miniart makes a plastic version if you don’t have one or prefer plastic over metal parts.