I guess many of you know the Images of War series of books published by Pen & Sword. Most of them indeed include rare photographs from wartime archives, but their captions sometimes leave a lot to be desired…Here are just a few examples :
From Afrika-Korps : 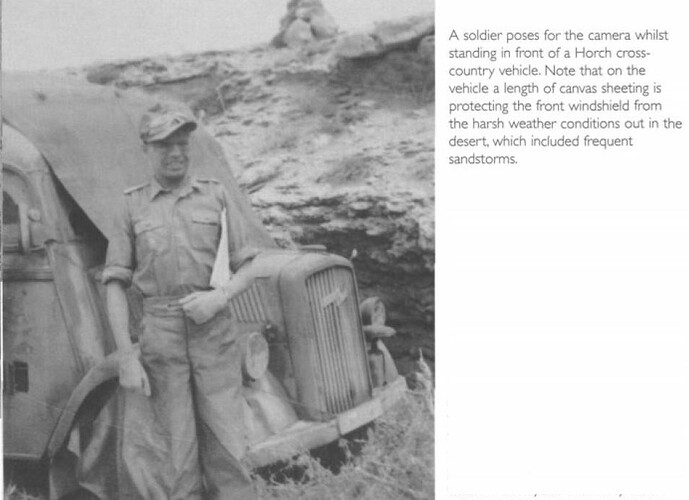 From With Rommel in the Desert : Tripoli to El Alamein 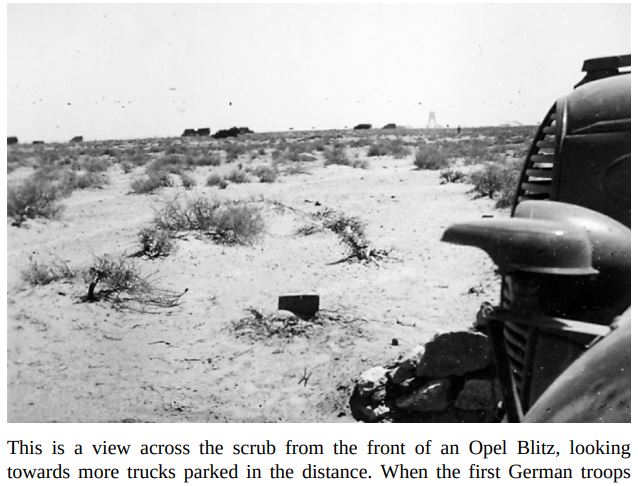 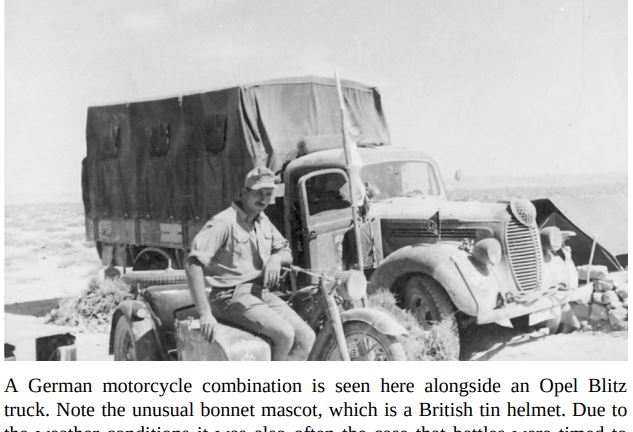 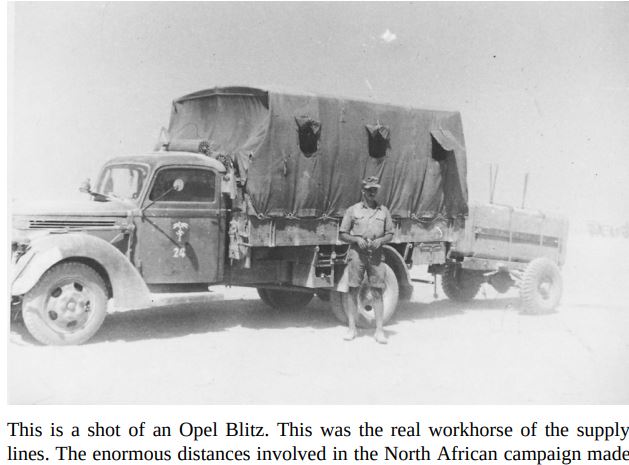 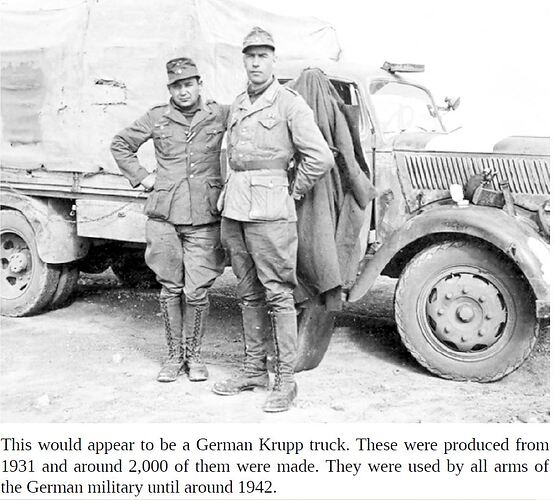 From The Aftermath of Dunkirk 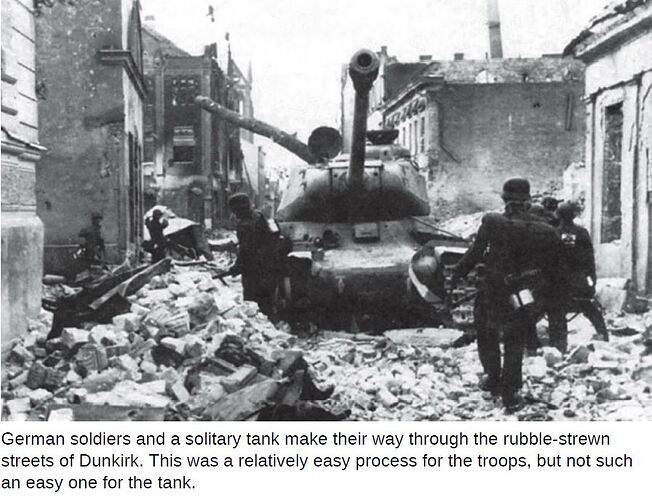 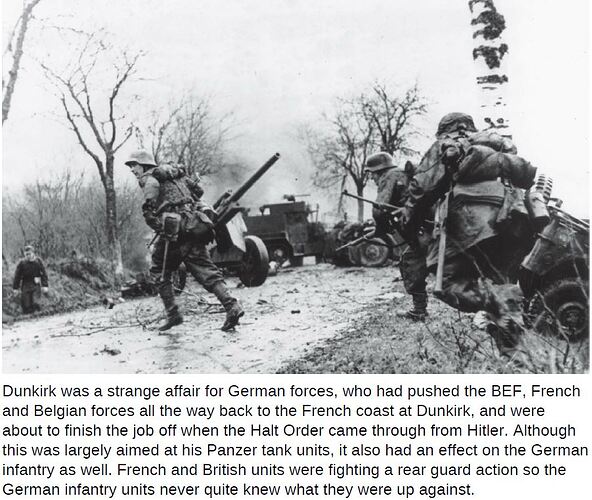 (Ambush at Poteau anyone ?) 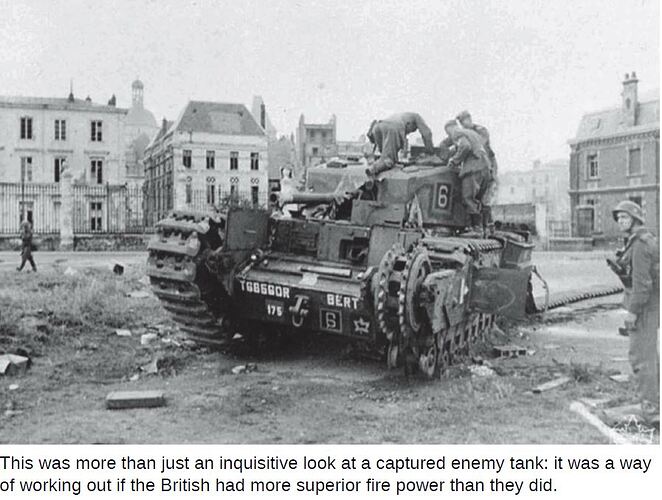 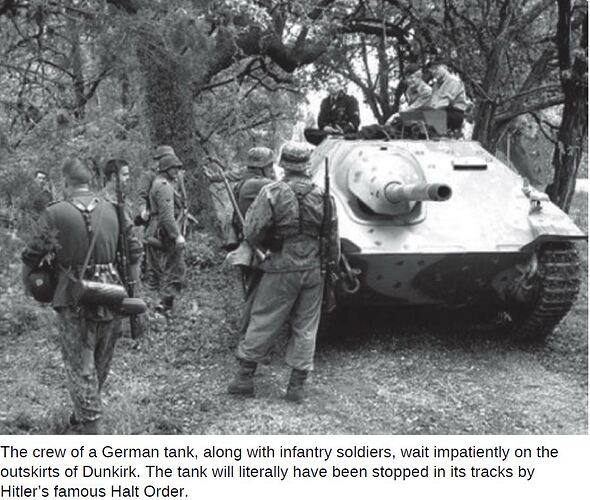 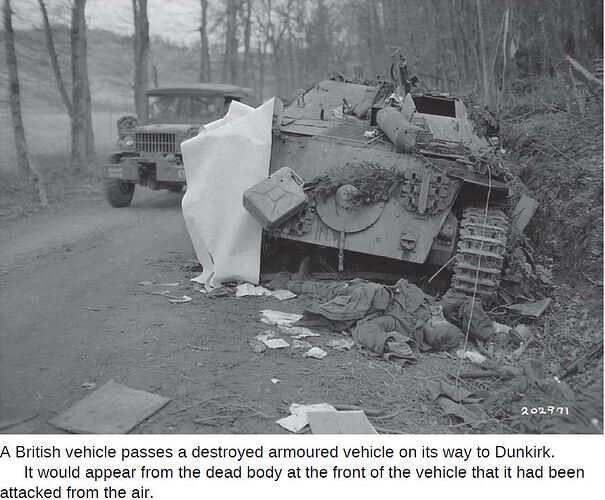 (Another one, with a US Army Dodge in the background for good measure…) 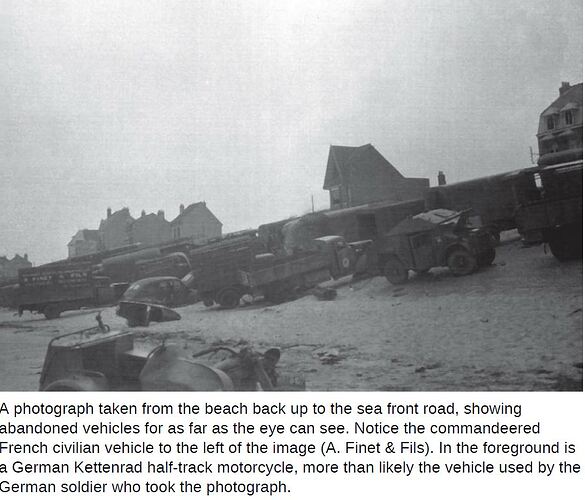 (Sorry but it’s more than likely a sidecar wreck…)

Maybe I should double check the other titles I have ?

As a writer of books similar to these, I guess I am entitled to comment. Seeing these types of poor work is the primary reason why I started writing - the whole “put your money where your mouth is”. Unfortunately, too many writers are in this for the money and simply crank out as many books as they can, whether they have any knowledge of the subject matter or not. The Images at War series are definitely some of the worst and I would highly recommend you stay away from books in this series or others written by Ian Baxter, like your first example. Anthony Tucker-Jones, although better then Baxter, is another I stay away from. The pictures may be good but you cannot depend on any captions.

The other issue is that there are not enough knowledgeable writers out there that are willing to write for what it pays. For me, it typically works out to around $10/hr! But I pride myself in spending as much time as necessary trying to piece together information to make sure what I am writing is as correct as I can make (and sometimes I still can’t find the info). Yesterday I spent two hours on one photograph trying to determine where the picture was taken based on what I could see in the background and doing internet searches for places it might be.

There are some very good ones in the Images at War series though, like those from M.P. Robinson - AMX-13, Challenger 2, Royal Armoured Corps in the Cold War to name a few.

I trust the name of M.P. Robinson.

I think that aircraft may actually be the Fieseler Ganz (Goose).
It was a short legged prototype with almost the same wingspan.
The take off and landing runs were too long so they had to do
a total redesign and the final product was the famous Storch

My issue with the "Images of War " books is the poor quality of the “Images”.

One from the first book I reached for,
Ospreys LRDG Patrolman. 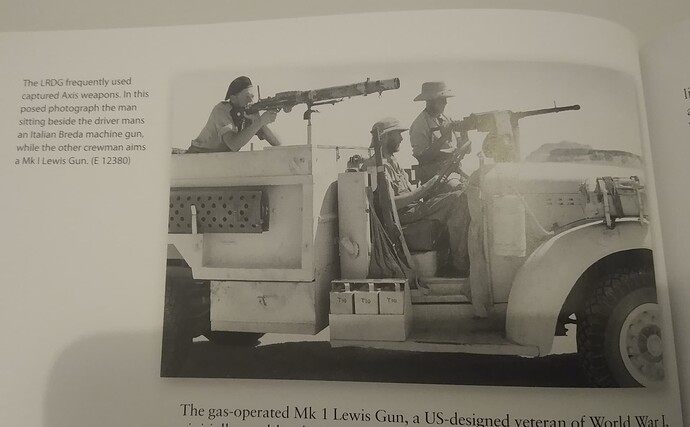 There’s another book somewhere with a photo of a restored M4A3E8 painted in British Guards Armoured Division markings (who as I know, never operated that version of M4), with the caption incorrectly identifying it as a Firefly.

I still have a printout from 2001 co-authored by Bill Murphy detailing approx. 60 caption errors across the famous three-volume Panzer Colors set originally published late 70’s/early 80’s. It seems he fell out big-time with sometime co-author Bruce Culver over them, the former calling him a “village idiot” & the latter defended himself on Missing Links in 2010. Neither link seems to work anymore alas, it was all very entertaining though & the corrections saved me from some greenhorn mistakes

I have those books and didn’t realize there were errors til I read about them many years ago in several modeling mags. I still love them anyway because I got them when I was very young and just getting serious about armor modeling. The lesson for me was to check as many sources as you can to come up with the correct answers, if accuracy is important to you of course.

I love going through and seeing what photos are captioned wrong in books, and there are so many of them. But I will let the authors (slightly) off the hook by pointing out that in many instances the photos used are already caption incorrectly from the source. Many photos come from official archives; US Army for instance, or Bundesarchive, to name a couple. These photos are often taken by professional photographers or public affairs people, who are NOT subject matter experts on anything. Their caption notes are based on what they believe, or what somebody told them. To make matters worse, the captions can become separated from the photos or mixed up while in storage in the archives. This results in the photos being misidentified before the author even gets them, then he uses the information that came with them. I have actually been in photos that were misidentified by the source. All you can do is laugh!!
Ken

Hi Frenchy,
the plane is not a Fi-156 prototype. It lacks all the recognition features of the Storch, inline Argus engine, closed canopy and long landing gear. Also, it bears an Italian registration and the guys around are also Italians. Glad that I never bought such books.

I recall reading in one of their books where a photo of Panzer 35t’s are identified as Italian M13/40s… mmmm, no.

You can’t really compare the mistakes made in the Panzer Colors series to those made in the Images of War series and more current books since the information available at the time they were written was far, far less then what we have today (not to mention having the internet available to ask questions!). Bruce Culver did a pretty good job with the information at hand at the time. I too have the corrections that Bill Murphy did and they are useful, and since he helped write the books he had every right to post them.

the plane is not a Fi-156 prototype

I said that in jest H.H. I should have added a

I know these problems are in the books but regardless it is a great series for the price and puts a huge mix of reference at your finger tips.

I agree Jon which is why I didn’t make any comparisons with other publications, just providing a relevant contribution to Frenchy’s thread title.

“I would guess he (Murphy) was mad at me because Jerry Campbell (Squadron publisher) gave me the book (PC I) to write, after Bill presented the basic idea for the series to him. The problem was, Bill was no writer; he was a speaker. I was a writer and I wrote PCI, every word. Bill got co-authorship for creating the idea and I was fine with that. I have to assume that ultimately Bill was not fine with that.That said, there is some good stuff in the notes (corrections).”

“I love what Jentz and Doyle have done for modelers of WW2 German armor, but they have had over 40 years to do their impeccable research. I had 6 months to do PCI and little more time to do the other volumes. I’d say a good 75-80% of the PC series content is still good…Again with the benefit of hindsight a lot of the captioning errors probably could have been prevented if Jerry had been paying me to buy research materials, but he wasn’t.”

And as you said Jon, that in the days before the wealth of currently available research existed. Anyhow I think we’d all agree the real value of those Panzer Colors volumes is in the photos which were – and always will be – a goldmine of authentic information. Talking of gold, Culver said in 2010 he’d seen on Amazon “…some PC copies already over US$100, so the rush for personal riches is on.” I’m not sure if they’ve held their value today – maybe for first editions in good condition? Mine are all later reprints in just-OK condition, so I guess my diamond heist career ain’t over yet

There is no doubt the photos are still fantastic in Panzer Colors. Part of this is the quality of the paper they were printed on, which is one of the reasons that the Images of War series has such poor photo reproduction - because they use cheap printing materials (and of course they are cheap to buy). That’s one of the reasons why I spare no expense buying quality books because the picture reproduction is so much better when quality paper is used. Panzer Colors definitely set the standard for that so long ago. I still have the originals, but they are, needless to say, in a sorry state of disrepair after been looked through so many times. I’m still using them now as I write, particularly volume 2 since it has a good synopsis of tactical markings.

Sometimes in the old days, typo’s and miscaptions were ocassionally deliberately introduced into a work in a controlled manner as a method to prove plagiarism and copyright infringement…or so I’ve been told. Sort of like a primitive digital watermark.

Regarding the old Panzer Color series, if people “get bent” over inaccuracies in PC, it simply proves they don’t understand the conditions the work was created under. It’s excellent for what it is and when it was written. My copies are falling apart from use. I wish the other $10,000 of reference materials on my shelf had proved a 1/10 value and motivation that Panzer Colors provided to my early modeling efforts.

It was done with the logarithm tables used for navigational calculations back in the days when pen and paper were the only tools, before the slide rule was invented.
Deliberate errors were introduced in the fourth or fifth decimal where it would only have a
negligible impact on the calculated position out on the ocean