The Moebius kit is a bit of a filler queen but a fun soirée into the world of Battlestar Galactica.
Augmented with Green Strawberry etch. 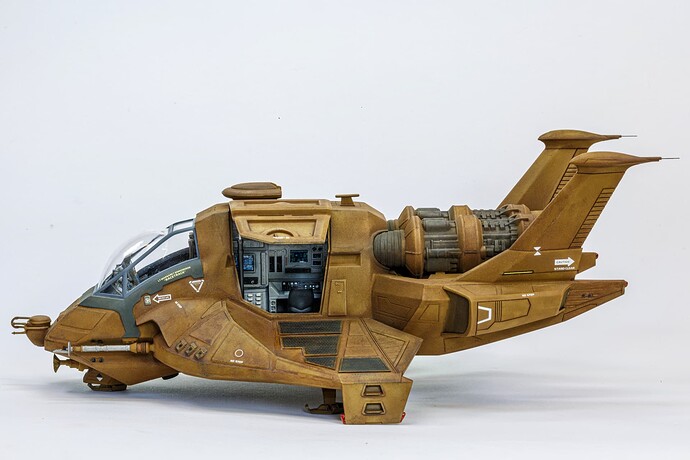 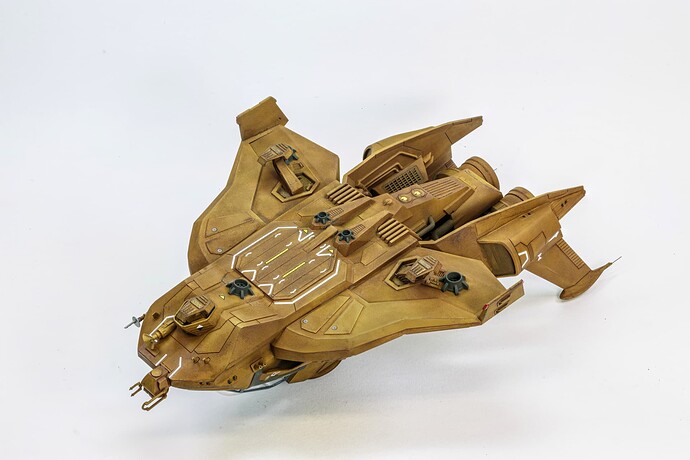 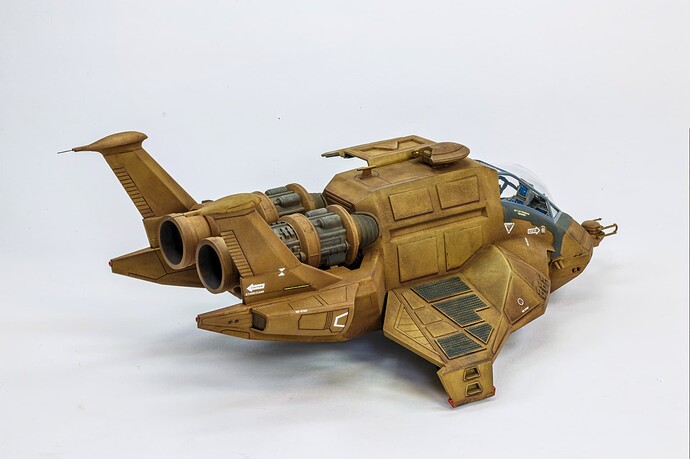 Very nicely done. I do like the BSG stuff. Looks great with the cabin door open

it looks fabulous and i have one in the stash, you’ve done a fantastic job on that kit.

That looks good. I like the weathering, gives it a well used look.

What are these ships used for in the show?
I remember catching a couple of episodes years ago, but don’t remember much. I did manage to find series 1,3 and 4 second hand last but not actually gotten around to watching them yet. And need to find 2!
I started re-watching the original last week and I don’t think it’s aged well. VERY 70’s and a bit disco at times. Especially the pilot movie. A few episodes also struck me as being straight up westerns, like they’d lifted the scripts and reused sets. The medieval planet episode was just plain silly.

Somewhere I have got the Moebius Viper to build, don’t think I’ve seen this kit out in the wild though.

If you have trouble, give me a shout after you have finished season 1 and I’ll lend you by box set ok …it’s a very good series. I have watched it numerous times now.

Oh, and they are used for scouting, transport, etc etc… Pretty much everything the viper can’t do

Oh ok, so if we were to use a current equivalent, they’re a combination E-2 Hawkeye and C-2 Greyhound?

Thanks mate, I might have a look on eBay. With a lot of people getting rid of DVD collections you can often find sets going cheap.
I found the others in a charity shop near work. I can only someone donated the whole lot, only for someone to buy series 2 just before I got there!

I’m hoping to make a start on it next week. Gives me this weekend to finish the original series.

Don’t want to hijack the thread, but didn’t they make a sequel about the Galactica finally making it to Earth? Vaguely remember Starbuck and Apollo landing somewhere in small town USA and riding around on flying motorbikes. Or am I half remembering something else from my childhood?

I first watched the new series when it premiered here in the states in 2004. I could not stand it after the first episode…a female Starbuck, come on. I grew up watching the original series on TV.
I watched it again maybe 5 or 6 years later and fell in love with it, and watched all 4 seasons, including the extra movies etc. 4 times already. Very simply put, one of the best shows ever on TV in my opinion.
I believe they are currently working on a new BSG series.

that was the original tv series, the Raptor is from tge new series made about ten years ago.

Yeah the original had those big box like shuttle craft.
That would make an interesting model.