This is another set of questions about the Leopard 2A7. I’ve tried to find answers by research, but failed to find them, so I’m trying here. So:

Thanks in advance for allowing me to be pesky with questions!

If I’m not mistaken the front applique armor is hinged so as to allow maintenance. As for the primer color I have no clue.

The panels do swing open and yes the bags are there. I do not know what they contain as I haven’t seen them opened, but my 2 cents would be that they are simply tool bags.

Thanks, guys, your answers make sense. Those bags do look like they are containers of a sort, and carrying tools would make perfect sense. That empty space would be otherwise wasted. shows how the armour swings out, taken from a Leopard 2A5NL. Also all the other pictures of this dismantlet Leopard2A5 are quite useful. The reason for these swing doors is, that when Leopard 2 up to A4 was constructed, the turret must be placed at 3 or 9 o`clock to remove the engine bay cover and remove the powerpack. The engine bay gets extremely close to the turret. When the side armour was constructed from A5 upwards, it interfered with the engine bay and has to be swung open before the cover can be removed and the powerpack changed. It is not possible to access the engine with the side armour in place. I am not quite sure what the bags contain: What I read is that cleaning tools for the smoke grenade launchers and the main gun are included.

Fantastic info and photo…thank you so much, and yes, it helps a great deal!

To answer question #2, the bags (at least on one side) contains the cleaning kit for the main gun. 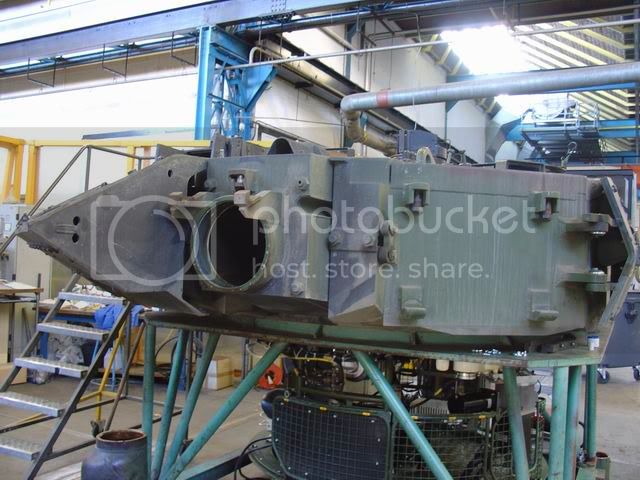 Found this picture that further shows the hinges on the A7 turret.

Hope this further helps out. 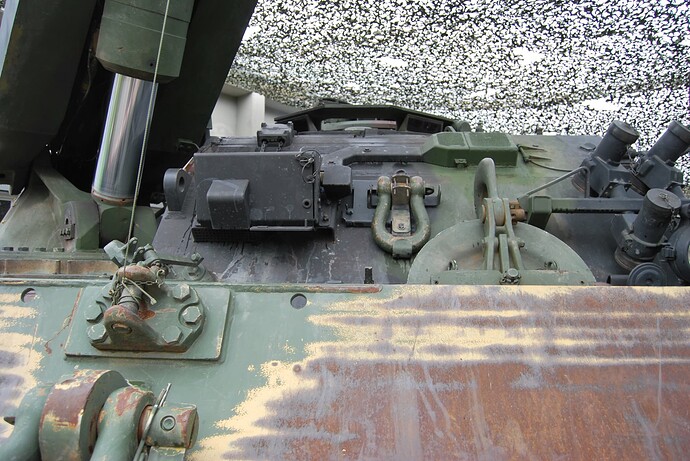 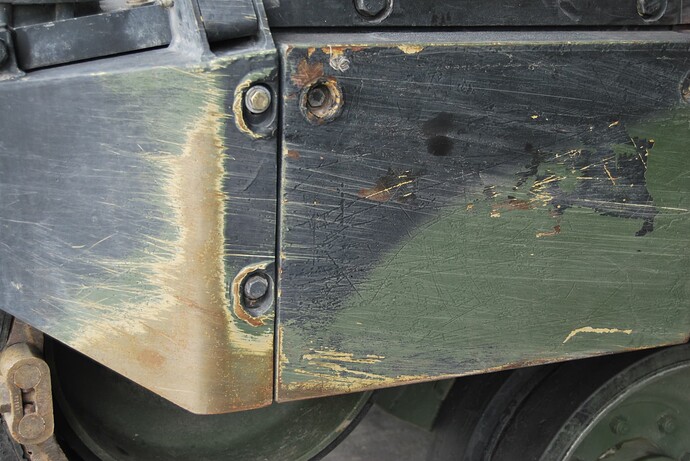 My thanks to CAVTrooper, SableLiger and Chnoone regarding additional clarifications on the bag inside the hinged external armor, and the photo showing the worn away camo paint and the yellowish primer underneath…something I have not yet addressed. My Leopard 2A7 has been on hold since prior to my first post of this thread, and this info can be used when I restart the build! Great stuff, gentlemen!