This scheme seems to be quite topical at the moment so I thought there might be some interest in a couple of my models in this finish.

First off is a M577 which I think I tackled around 15 to 20years ago; it was one of the first models I made after the break for a full military career. I note now that I must have made up the pattern as it doesn’t bear any relationship to the Tamiya instructions; looking back I think I should have left more of the sand colour but at the time I was unaware of the vagaries and details of the scheme. I tried to show it being guided around barracks after returning from exercise; this might explain why the kit on the top is just dumped there as I imagined it might be de-kitting which (certainly in British Army fashion) would mean for example, a stop-off at the Quartermasters to return some items, another at the Signals Platoon to return the crypto fill (or equivalent), another stop at Battalion HQ for the return of classified documents say, and yet another at the Motor Transport pool to return the Jerricans. Apologies if I’ve surmised too much! You’ll note that the decals didn’t take brilliantly. 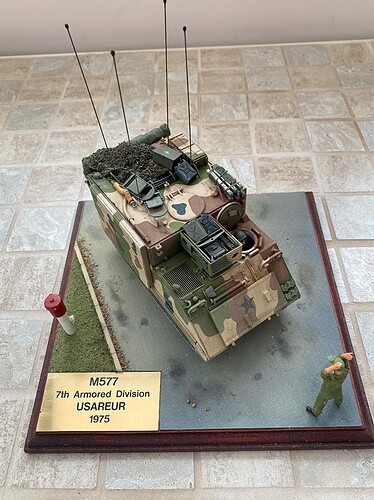 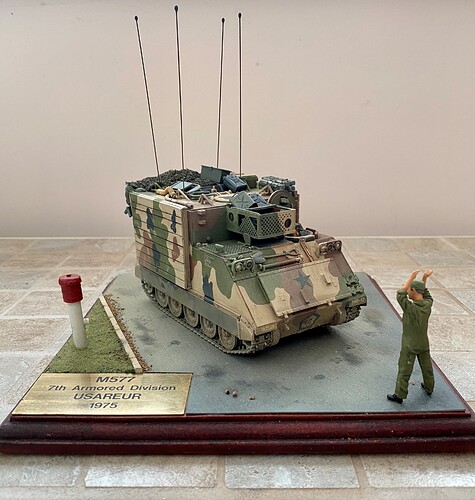 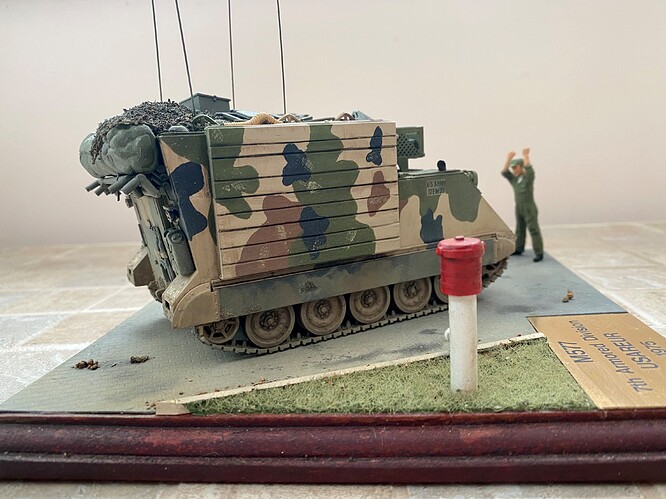 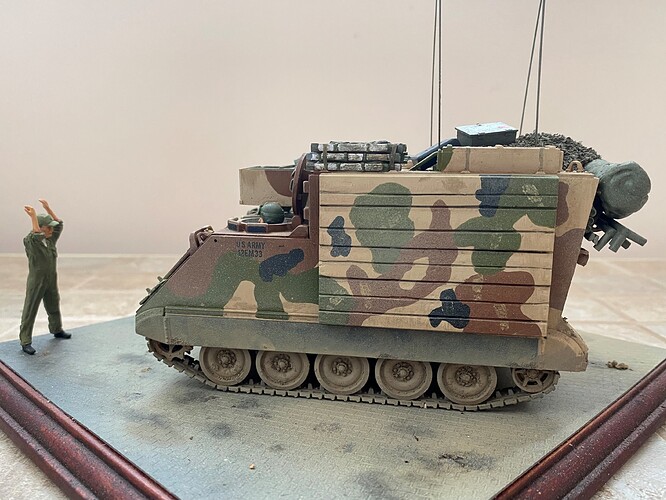 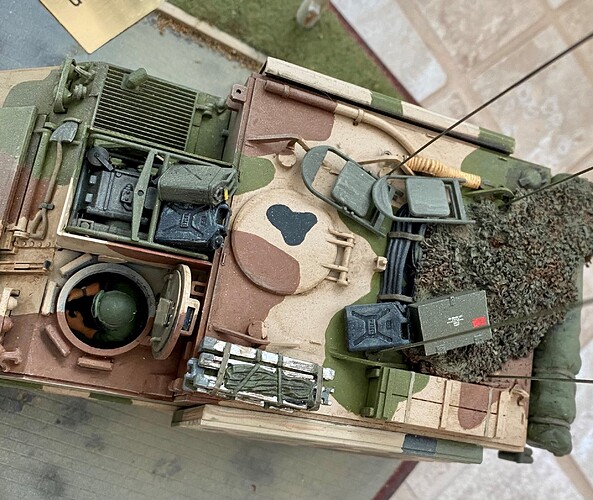 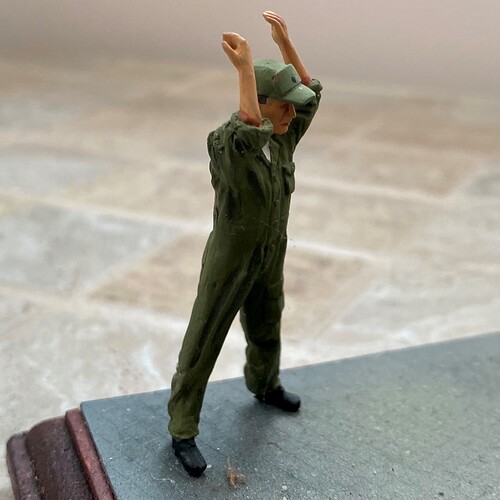 The second model is the venerable Esci kit finished in a particularly vivid version of the scheme; I took this from a photograph I found somewhere on the Net and have since lost. I believe the artist for the Squadron/Signal series also used this image for the front cover of the book on the M60. I finished this one around 2015. 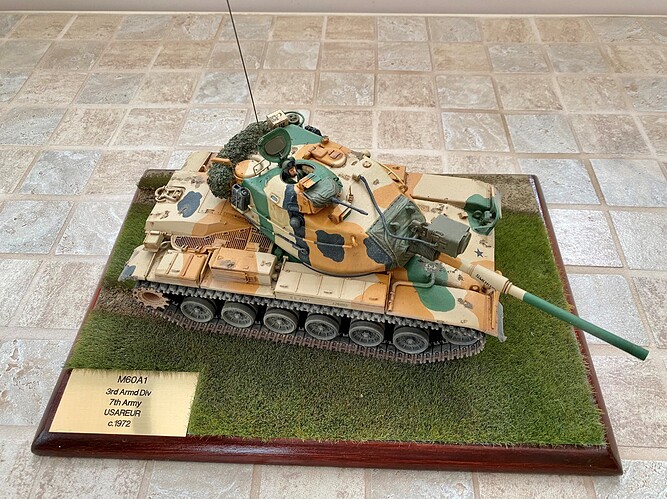 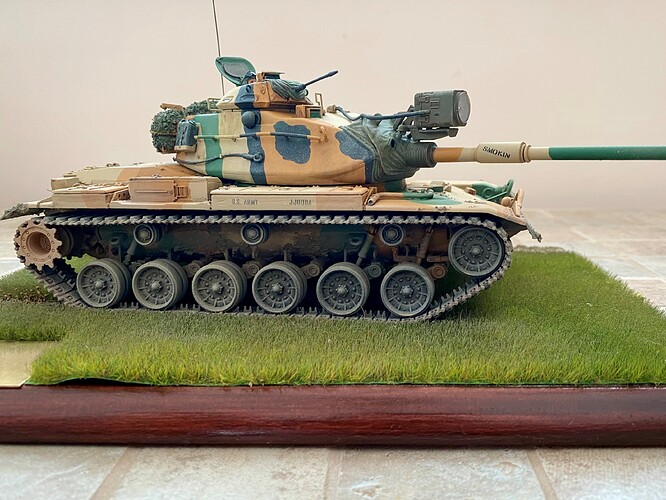 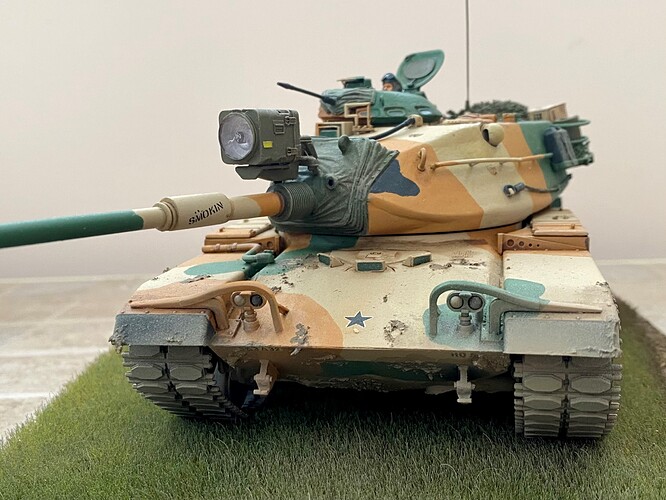 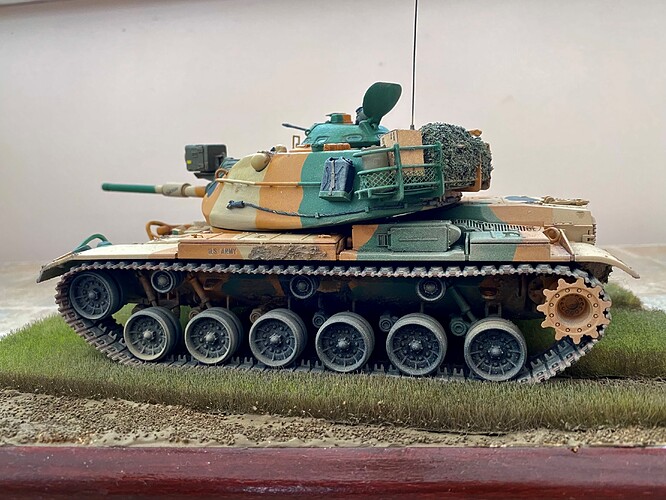 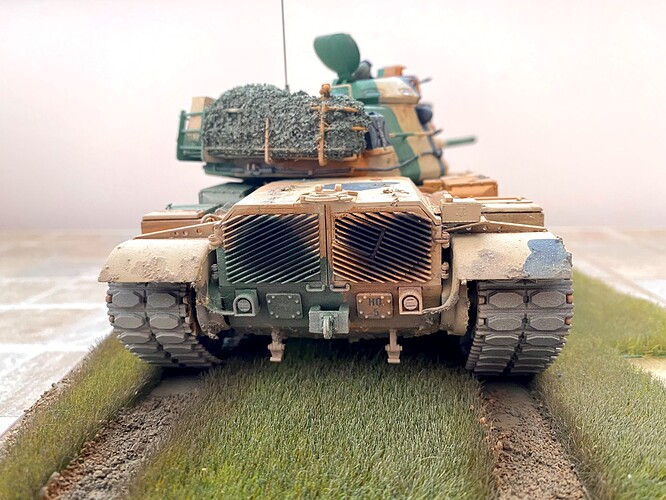 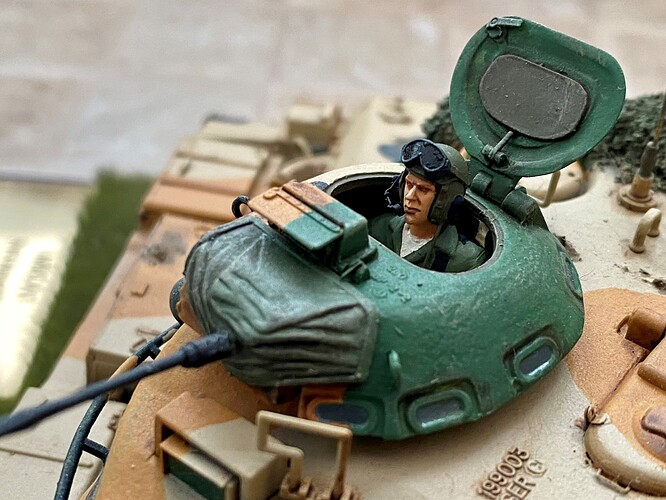 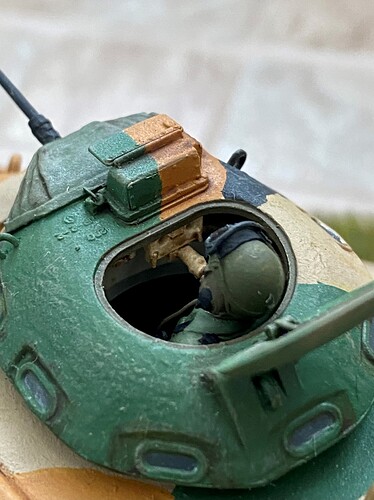 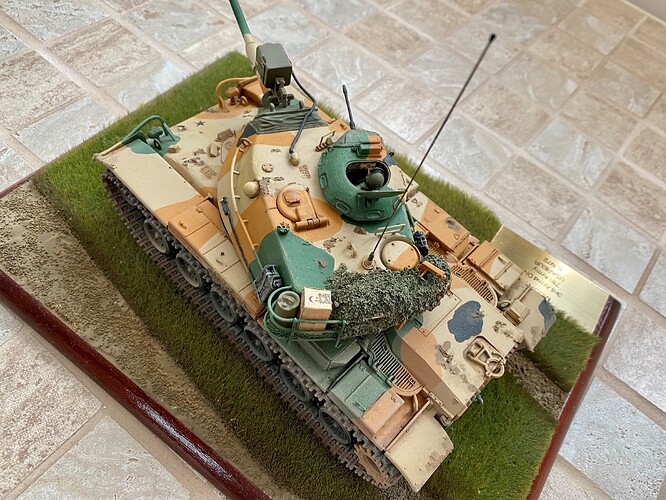 Sadly again, the decals didn’t go on especially well. I think that perhaps back then I didn’t apply gloss varnish.

Anyway, 'hope this all promotes a bit more interest in the MASSTER scheme.

Well I know that I have another 4-5 MASSTER projects in mind. Perhaps a couple more if I get really ambitious.

@Kenaicop, I agree about more 70’s tankers with the older bone dome CVC helmet, and in the USAREUR type uniforms.

@BootsDMS, those are some cool looking builds.

They’re two great looking builds, Brian.
I want to do an M60 series in this scheme as well.
Thanks for the kind mention btw.

James, you are so right; modellers of the Cold War in the 70s are very poorly served, although it keeps me on my toes endlessly converting figures, it does get a bit wearing. Valkyrie have come to the rescue with a very nice set of figures wearing the bone dome helmet but they’re certainly not cheap. It’s the additional figures - other than in situ crews I crave - you know, the type of non-action figures just “hanging around the tank park” genre.

Carlos and Paddy: thanks for your comments! I have the Takom M60A1 in my stash so will attempt to produce at least one more version in the scheme; perhaps also a Sheridan and a Gama Goat, and possibly a Box Body (Shelter) version of the M35 truck. We’ll see - so many models and even more ideas.

Just a few more shots of my MBT 70 (What-If) in this scheme which I haven’t shown before then I’ll shut up and get back to my Leopard project. Any other MASSTER forays will have to wait for next year. 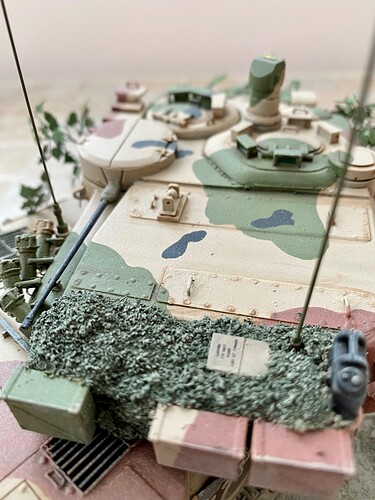 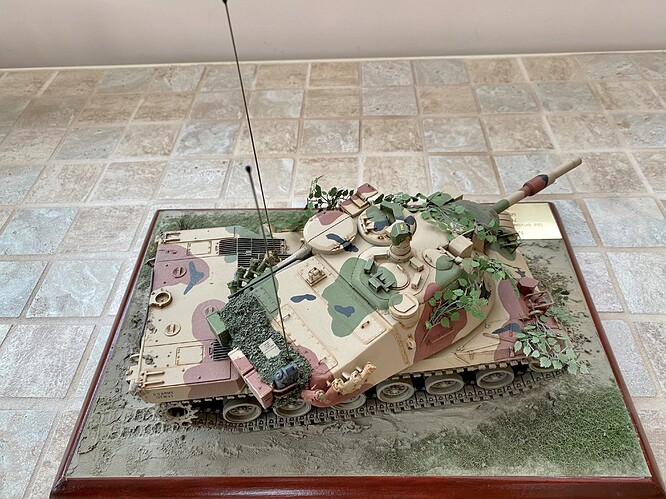 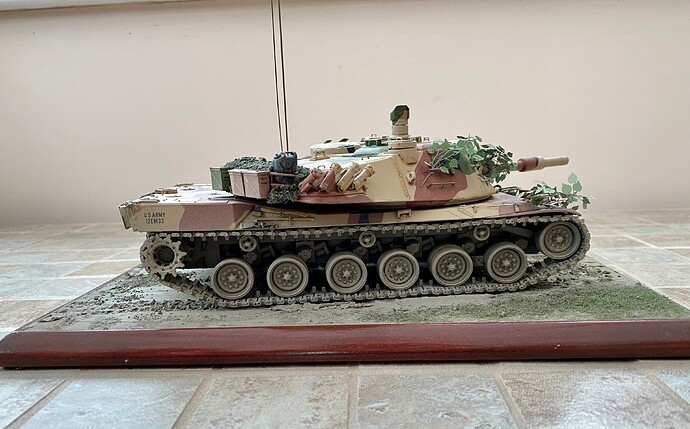 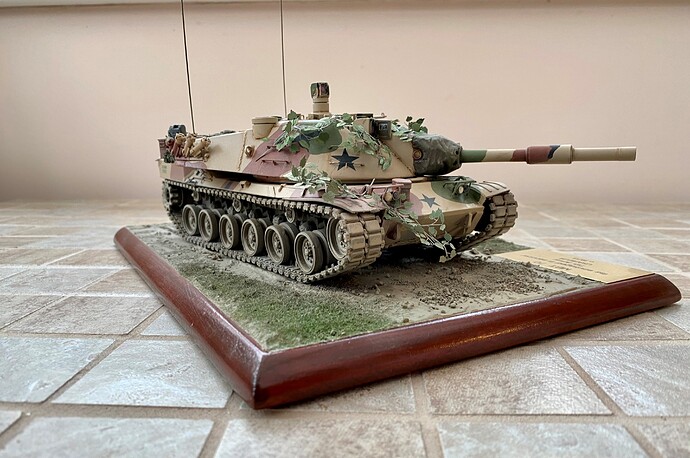 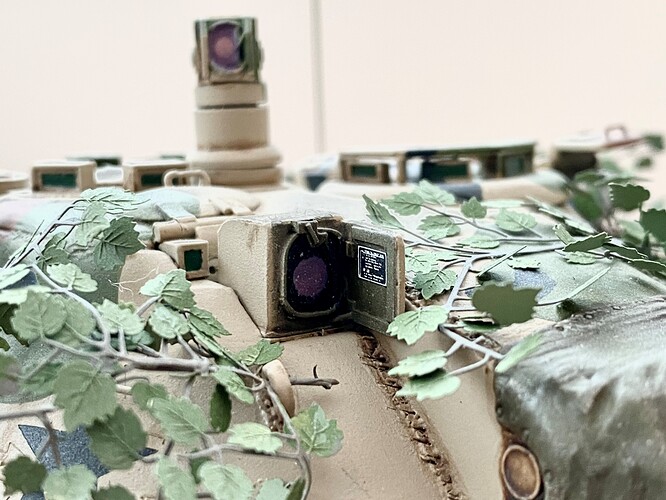 'Hope this has all been of some interest; if nothing else the scheme dispels the occasional perception that the Cold War was all about Soviet Green and Olive Drab!

I made a M60A2 many moons ago, i used the ESCI M60A1 with a Tamiya “Starship” turret,
The MASSTER camo scheme came from a German Internet page the “Panzerbär” 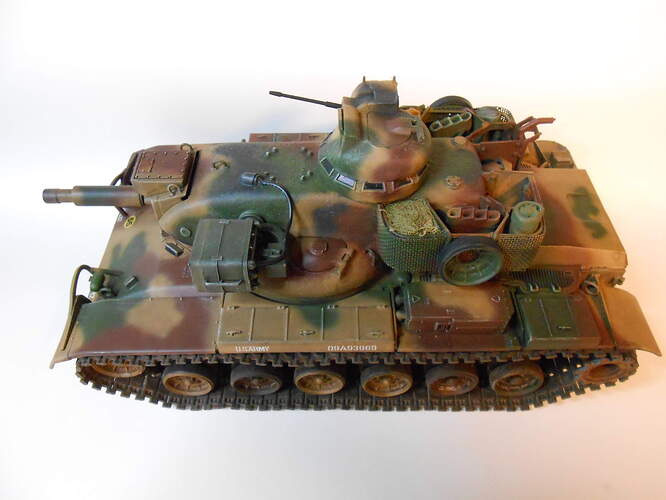 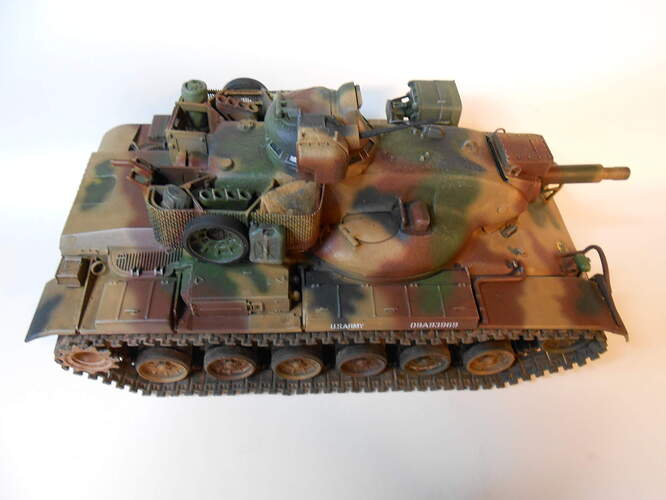 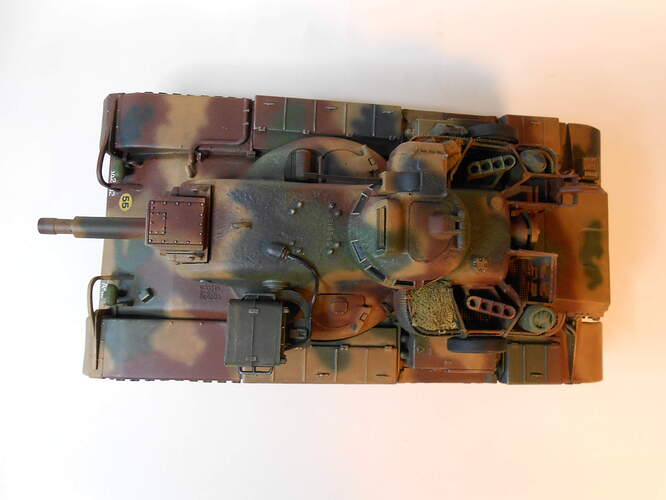 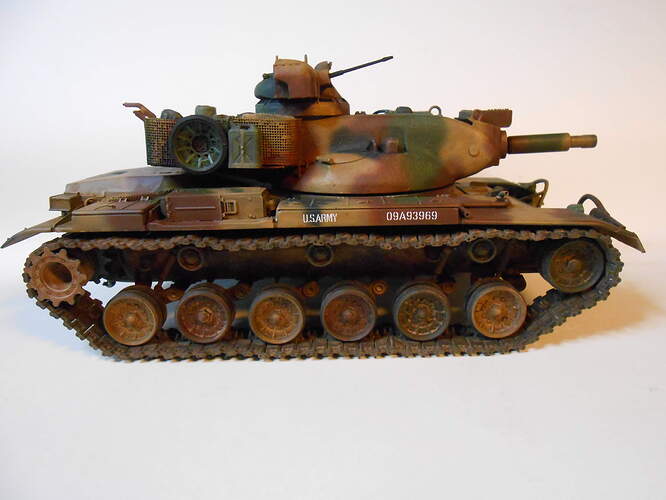 Well, that sure makes the M60A2 look different! Nice model.

I think you made some very good models youself, i still got some ESCI/Italeri M60 kits in my stash,
and one of the new Takom M60A1 for my 1970-80 cold war modelling.

I made the Dragon M70 as German: 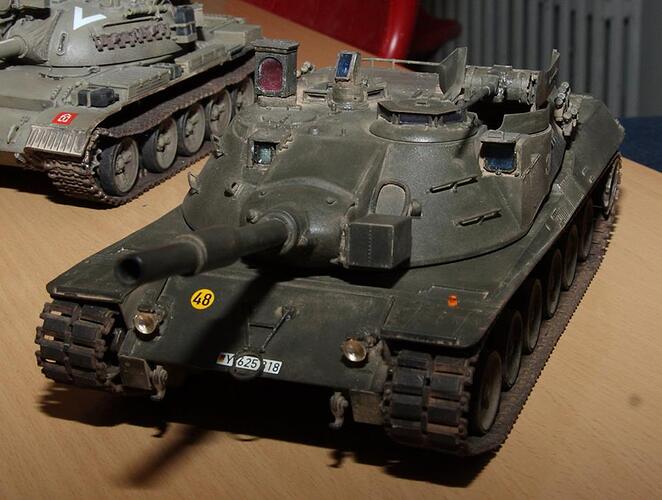 I’m a great fan of the MBT/KPZ 70 - as you may have noticed! That one looks just fine; I hope to start a German version sometime next year, hopefully utilising the excellent AFV Club 152mm ammo set.