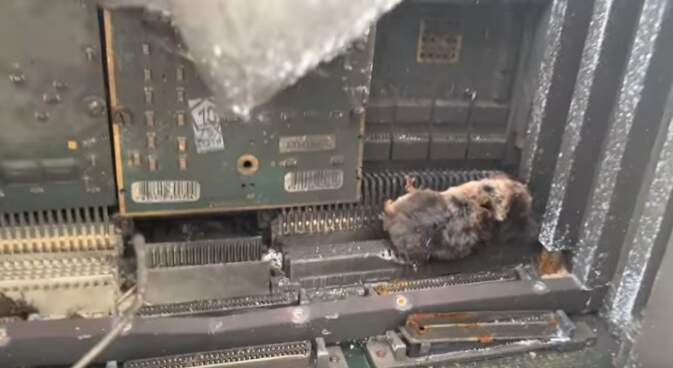 It seems that it did not cause the crash … 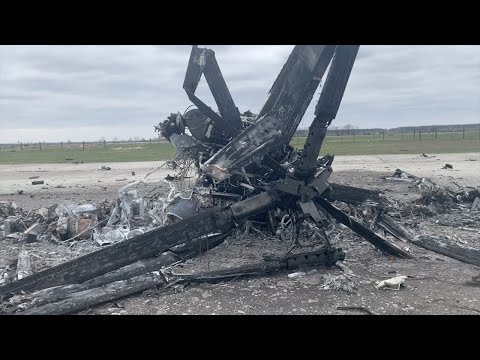 or maybe it did?

One of those fancy wireless mice?

The Russian version of a corrosion control Roomba?

A producer of electrical wires once used a compound to fill the space between the individual wires and the outer isolation of the cable that was extremily attractive to rats.

They ate until they carbonised… and whole factories got a black out.

Swedish state television had a series, maybe 30 to 40 years ago, of very short programs where different professionals told about their work, 5 minutes or even shorter.
One of those stories was a TV-repairman who had had his own shop (TV’s, radios, cassette players, VHS-players). One incident was a family who had been on vacation and made a bunch of video tapes and now they wanted to watch them. The VHS-player didn’t even turn on when they pressed the On-button.
They took it to the repair-shop, he said he’d take a look and give them a cost estimate. When he opened it up he found that all insulation had been stripped from all cables and made into a little nest, the culprit (mouse) had finally attacked the big wires on the wrong side off the On/Off-switch.
The little critter had climbed in through the VHS-cassette trap door and gotten trapped inside, made a little nest and fried itself with 220 Volts AC

The mouse probably brought the Ka-52 down. Most wire casing is actually made out of bio-degradable, natural (plant cellulose) products to be green, recyclable, sustainable, etc. These are very tasty to rodents. My sister-in-law found this out the hard way a couple years ago when squirrels ate the wiring of her car and it was so bad that it was totaled by her insurance company. It was a 3-4 year old SUV with no other damage.