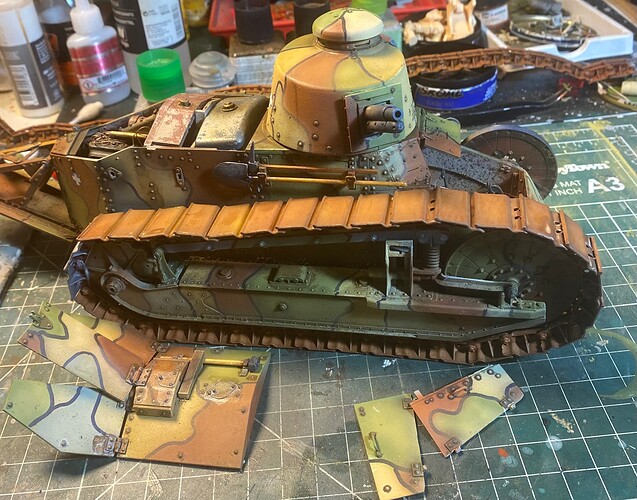 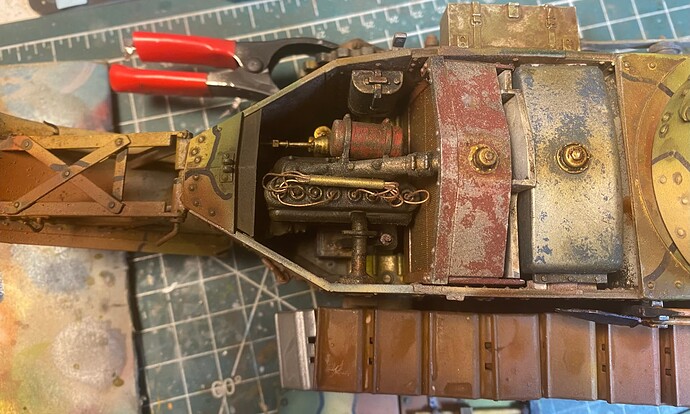 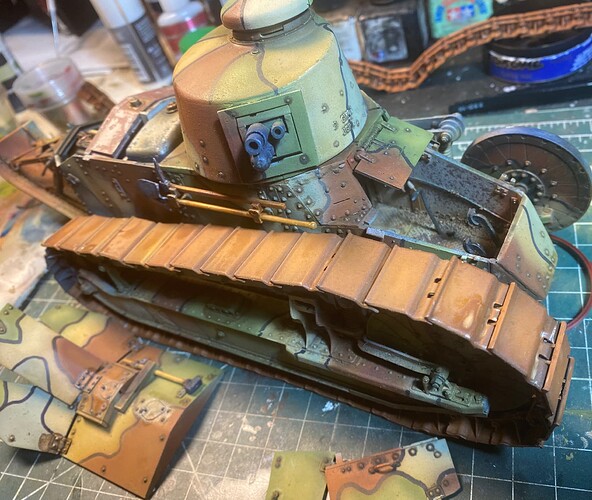 Kit represents a Hellenic ft-17 as a few examples were provided to Greece after ww1 , this represents a trial tank ( no number markings, just Hellenic military markings), just wanted to do something different ( and my dad was a Hellenic army tank commander ).
Hope y’all like it , I hope to finish it today

Nice job on the plug wires and loom. Did you scratch build those?

it has a real “lived in” look about it.

Yes , I s.b. Those and some unseen interior pieces using the photsniper book as a guide

That looks sensational! So much color variation, rust tones etc…