This is the Tamiya kit with my attempt at MERDC winter verdant scheme applied. 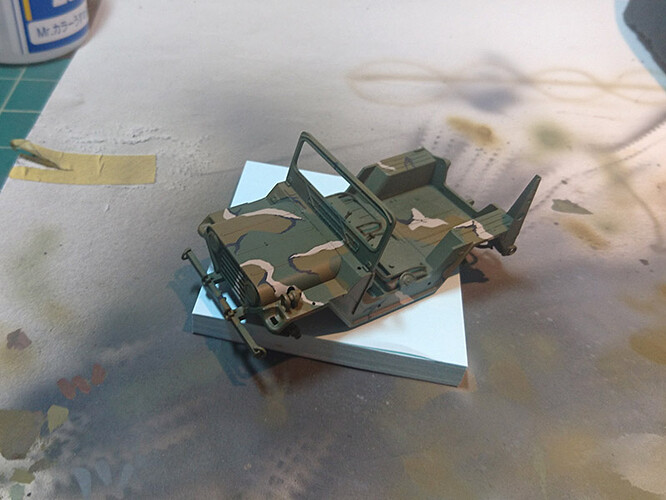 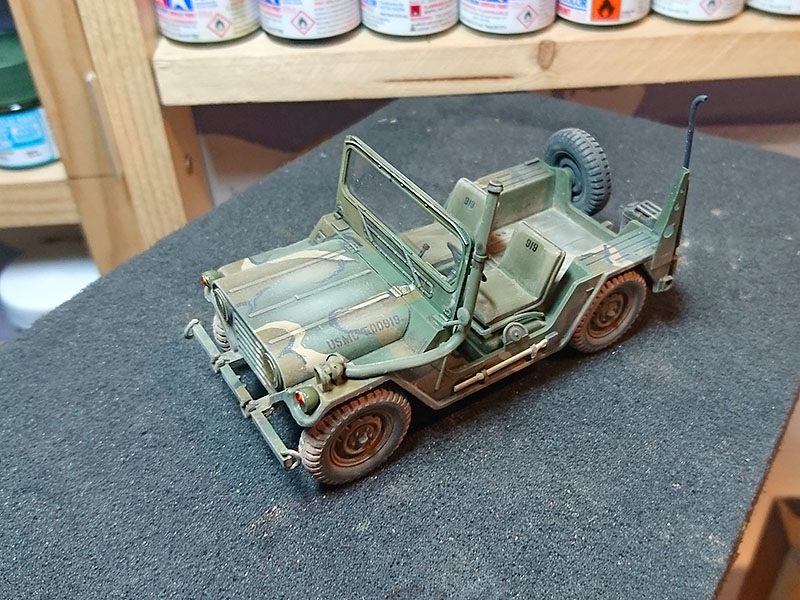 800×600 143 KB
Assembled and a bit of weathering added.
I used the SKP lenses and tail lights, drilled out the holes in the wheels, added some scratch built pedals, an air intake support strut and straps for the axe.

Here it is with the Tamiya TOW version finished in a summer verdant scheme: 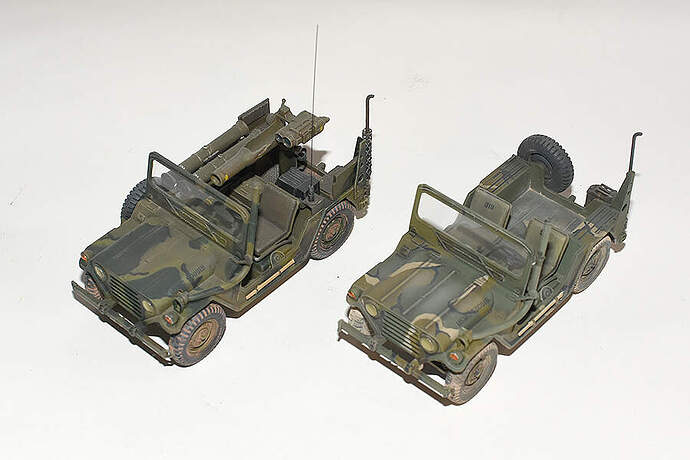 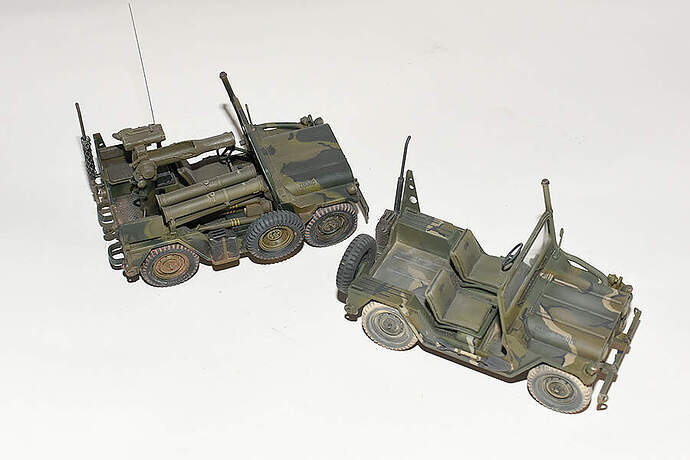 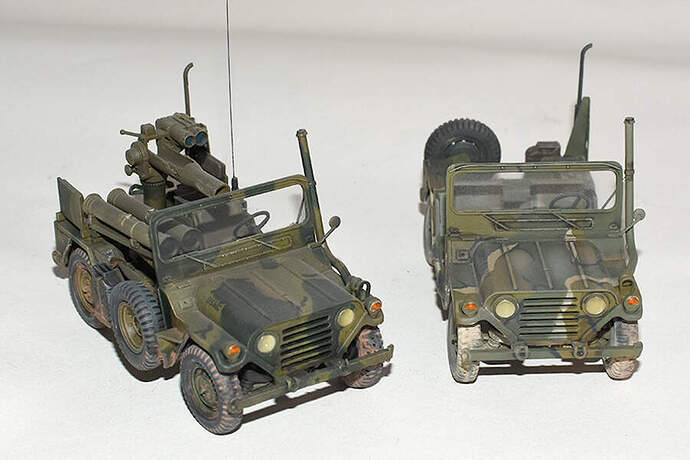 Am I right in saying, that as these are USMC jeeps, it wouldn’t be referred to as MERDC?

They both look real good. I don’t know if the Marines had a different name for the MERDC camo or not.

Think I might have to get these for my collection. Very nice rendition of MERDC. Nice dusting as well.

My all time favourite camo scheme is MERDC.

USMC used the same patterns and colors as the Army vehicles. In-between Camp Pendleton and Twenty Nine Palms, I’ve seen many USMC vehicles that used both the Verdant and the desert MERDC paint schemes. Impressive!
Your MERDC M151 look great. What did you use for the hard mask? I was concerned when I saw the first image, but many Army vehicles were re-painted by brush rather than sprayed, in spite of the Technical Bulletins that directed the painting of camouflage patterns. Some troops just really didn’t care, or more likely didn’t have access to spray equipment. Most vehicles I saw over the decades were sprayed on the two main colors, then brush painted on the third and black colors, for ease and speed of application.

Thanks for the info Jim. Much appreciated.
For the masks, I just used Tamiya tape. I applied the strips as necessary, drew on the outline, removed it and cut it out, then put it in place.