Well I have decided to undertake a large XXL diorama that will consist of german ww2 trains, railcars, rail guns, tanks, cars trucks, U-boat, boats, workshops, bunkers, and anything else I think is cool. It will all be built in 1/35th scale and will be somewhere 48"x96" base. That foot print size might change once I get everything built and see where everything will fit. The reason I started this topic was I needed one place to start putting it all in one place.

Here are some of the kits that I bought with this diorama in mind.

Here are some of my kit that are waiting for paint. 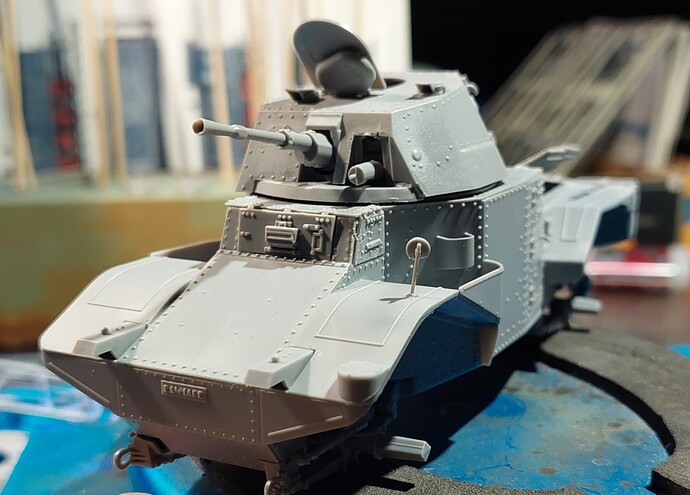 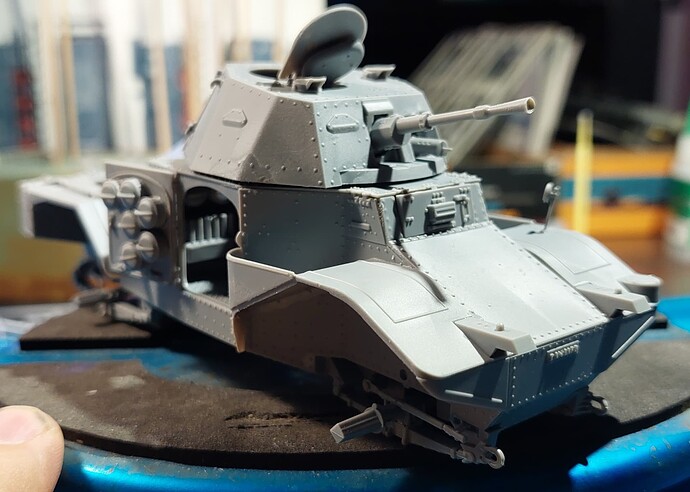 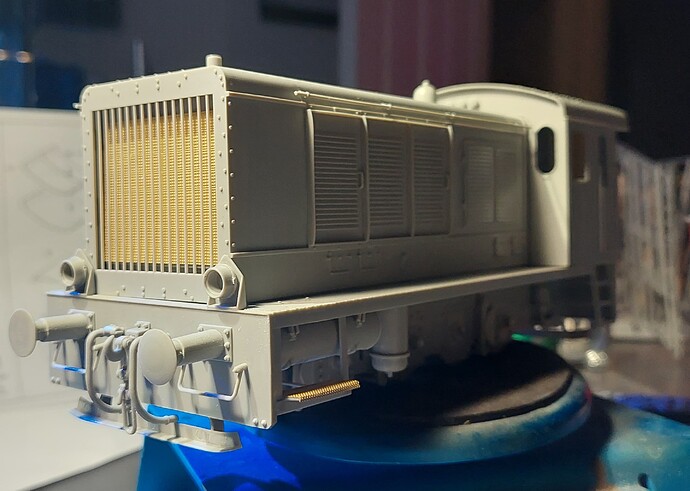 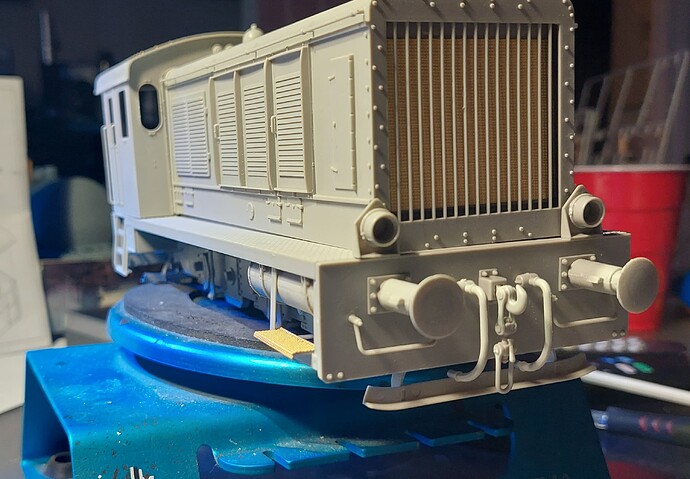 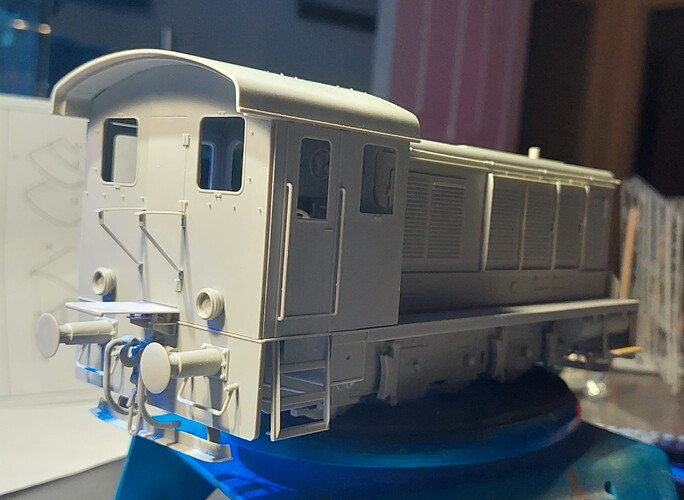 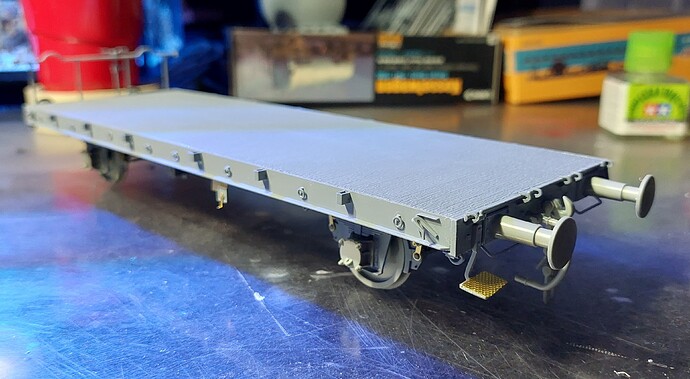 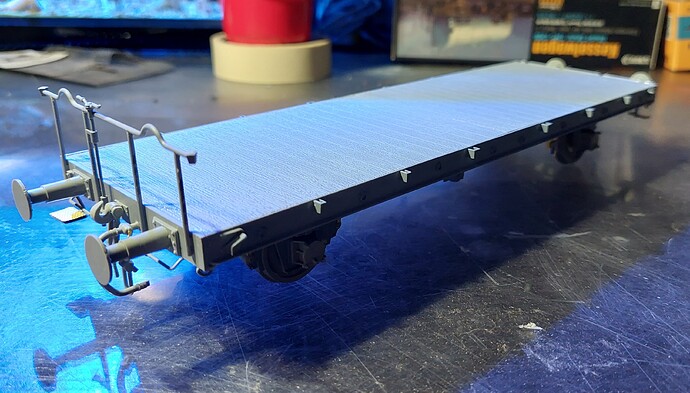 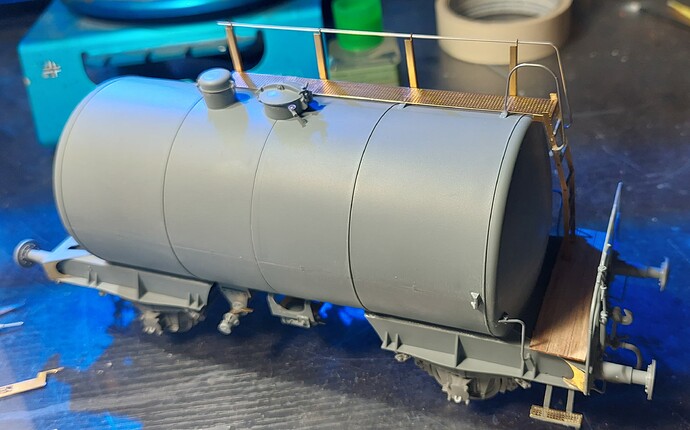 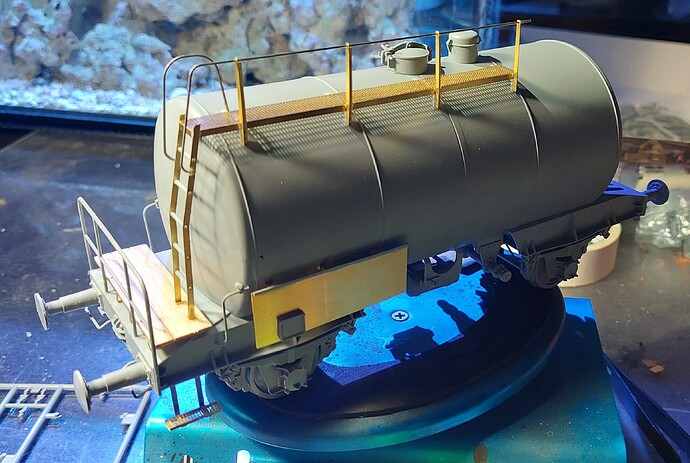 I will also be doing alot of scratch built stuff also. My scratch built stuff will be built based on some pictures and some will just be my imagination. Like my fuel tank I working on tonight. This is what I am working on tonight. I really couldn’t find a fuel holding tank that I liked in 1/35 scale so I am going to try to wing it with what I got in stock haha. Not everything I post here will make it on the final diorama, but I will post my builds and once they are done I will decide if they fit or not.

It’s not often a whopper comes along, as the actress said to the oh never mind, would that be a single base or split in half or more sections? The logistics are daunting enough with mine (c. 4 x 4’) – flexing, transportability etc…when complete will it have its own room? Anyhow I admire your ambition, definitely following 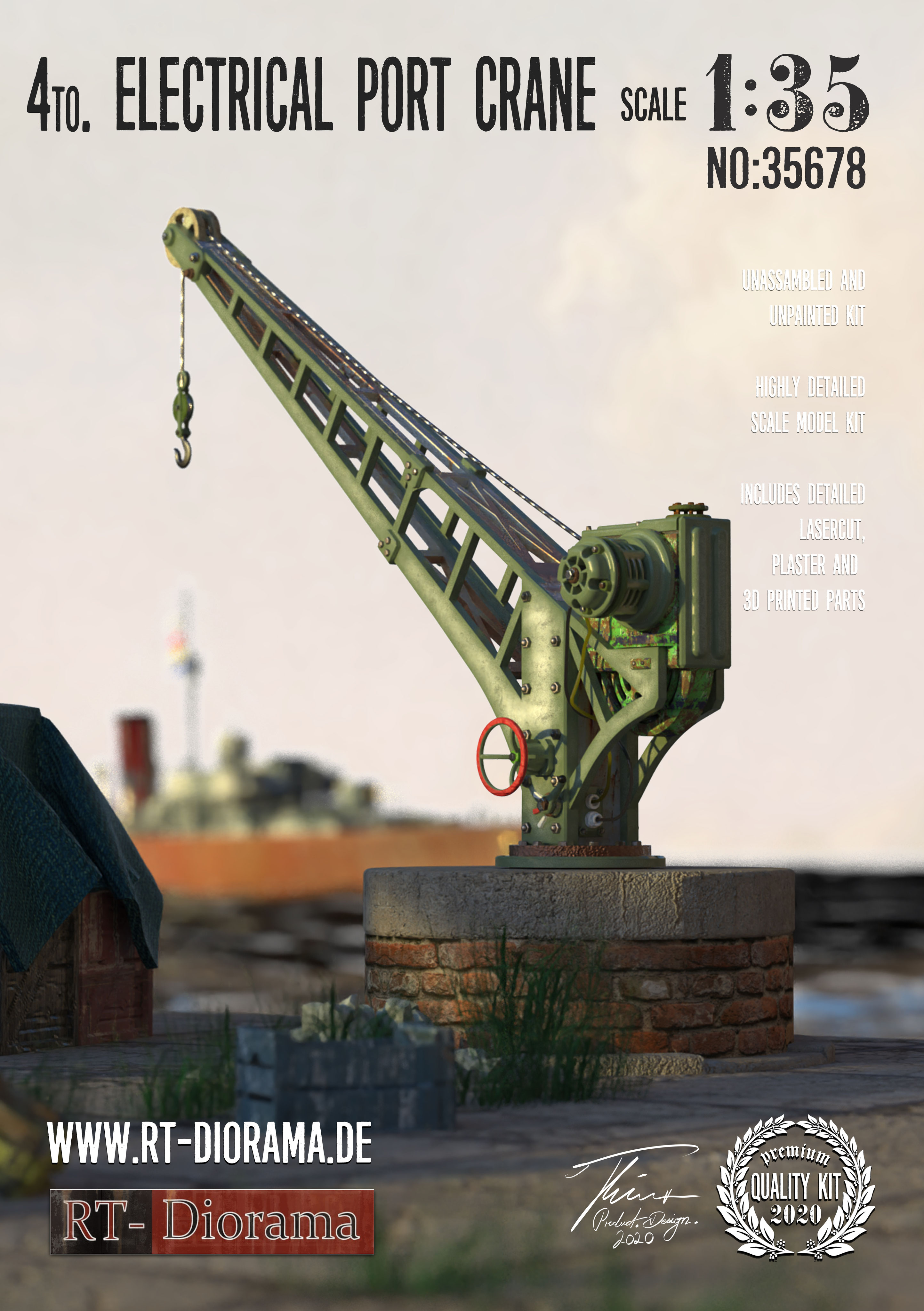 Herewith we would like to introduce some new products, which are now available in our shop ! 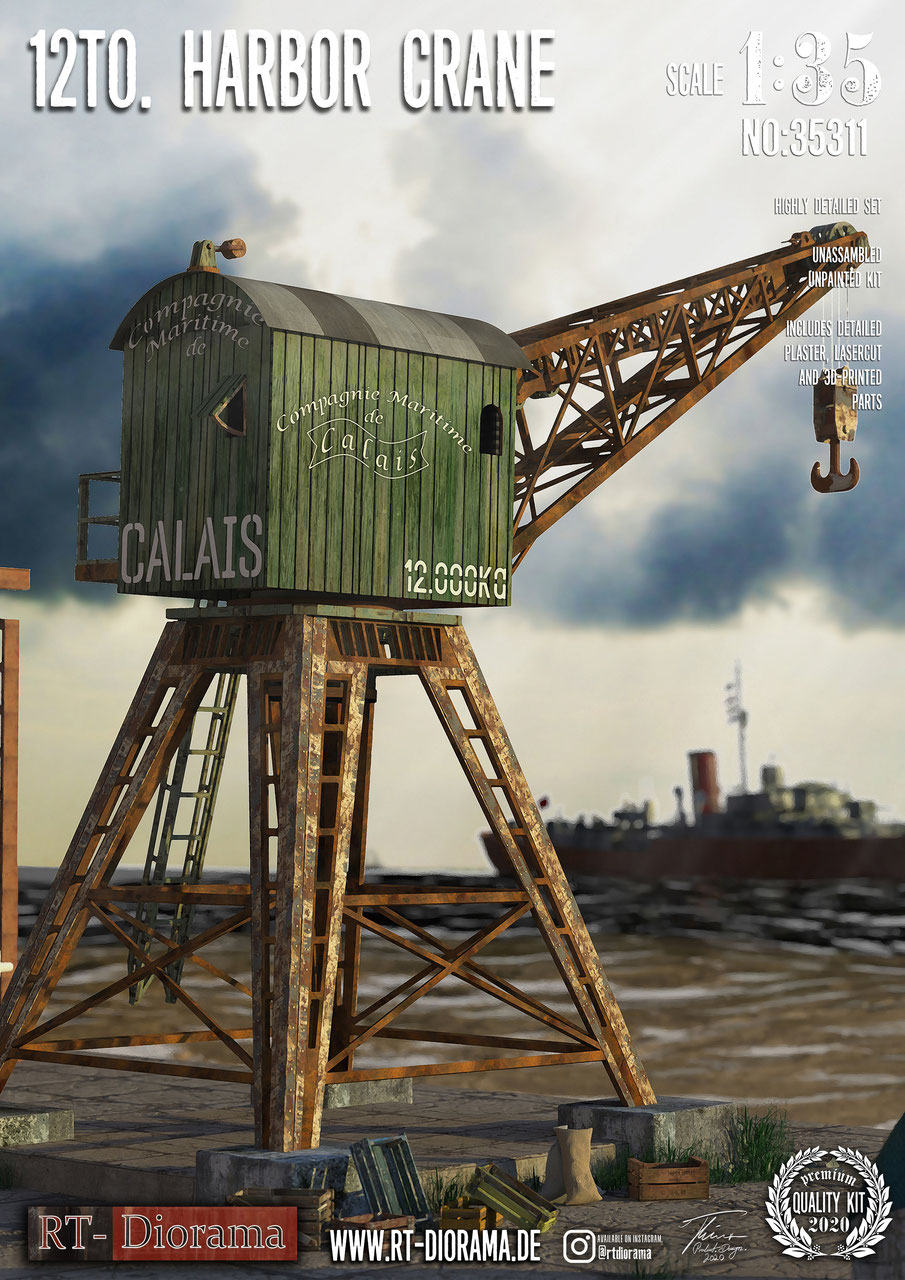 this 12 ton crane with decals saying Calais (friggin expensive though …)
and a smaller 4-ton (scroll down on the link above) which could be more suited to lifting stuff onto a submarine, a torpedo would be less than two tons.

Wow! You’ve taken on a huge project but you’re off to a great start! This thread could take years. I admire your courage. Good luck and keep at it.

Cool I will have to look into these. I am not historical ww2 guy at any means. I just get bored very easy and like to built stuff so I will not be to much of a stickler on what could have been there and what couldn’t. I just don’t have that much time to research everything. I will give it a shot but then again I am just doing this for fun. The reason this diorama has to be so long is I got to have room for a dock that will fit a Schnellboot Typ S-100 that I built a few years ago along with a Type XXIII U-Boat Coastal German Submarine that I just order. The boat is like 40" long and I think the sub is about the same plus the Leopold rail gun is like 37" long so unless I want them all stacked side bye side I will need to have it long enough to fit everything. I might end up having to build it in several separate part for transportation. Although I don’t think I will ever have a reason to move it.

I think I will stop here for tonight. I am planning on researching some valves and a pump to mount to the base to add some pop, plus a ladder up the side and some more fittings on the top of the tank. I love these little bolt heads I bought years ago for scratch builds there easy and add alot.

Oh SNAP! why would you show me that 12ton harbor crane! That would be so perfect and it’s OUT OF STOCK! anyone know where I can get one of these!

This thread could take years.

According to his threads here, the building the Kesselwagen took him 2-3 days, the Ommr was longer, some 5 days, and the WR360 is almost done in 5 days as well. Plus he has built also part of the fuel tank here.

Still needs paint, true. But if he has some days off for Christmas, it could be done by then

It’s a new product so it isn’t out of stock yet since it has never been in stock.
It will be released soon.
My favourite plastic pusher company write that they expect it in stock mid/late November 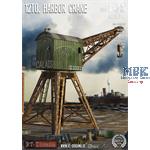 I’m looking forward to seeing this all completed!!!

Very cool man .
Love your ambition and drive .
Vehicles and train bits - wonderful , except for the water/whatever tower , construction is awesome … but you should have used a Miller Lite can cuz fer me Coors Lite tastes like water with a yellow crayon in it …
Love the RT stuff but way too expensive , could be scratchbuilt at a much lower investment .
Keep goin man this should be a stunner !!!

Thanks for the input guys. I feel like if I keep a running post here I will continue keeping with it until done. Yeah this can be a long build haha and I do put in some long hrs in my winter off season. Where I live there is only one annual model show a year and I have been wanting to enter something in it for years. So this year I think the show is in February or March so I would like to have something to take this year. I probably will not have everything done by then but that what I am shooting for at this time. But I am not going to throw something together in hopes to just get it done and end up with just some nice model kits slamed together.

One reason I started this topic is to use it like a daily log of the build and try to keep it up-to-date. So what you see posted is what I get done. Today I washed all those kits I built in the last few weeks and I was waiting for them to dry and I was getting to impatient so I sat down and drank a beer and it gave my the idea of a fuel tank so I thought I would put it together and see what it would look like as everything else dried overnight. Tomorrow I will be priming and getting started in the painting process.

While you are out searching for Harbor Cranes and other products you might come accross MDMB Modelboauw, I have two products by them. I will say this, they are a small company, thier products are a very basic but could provide you a basic starting point. But know this there is quite a bit of work that would need to be done to make them satisfactory. I have their Harbor Crane kit and there are no inside pieces to the crane operating cab nor any glass for the large window, the ladder in the picture you have to build from strip styrene and wire, no cable or rope was provided for the crane mechanism,. And they lack any instructions. The over all castings are quite good but when it comes down to the finer details in the block and tackle they were lost in the casting process. 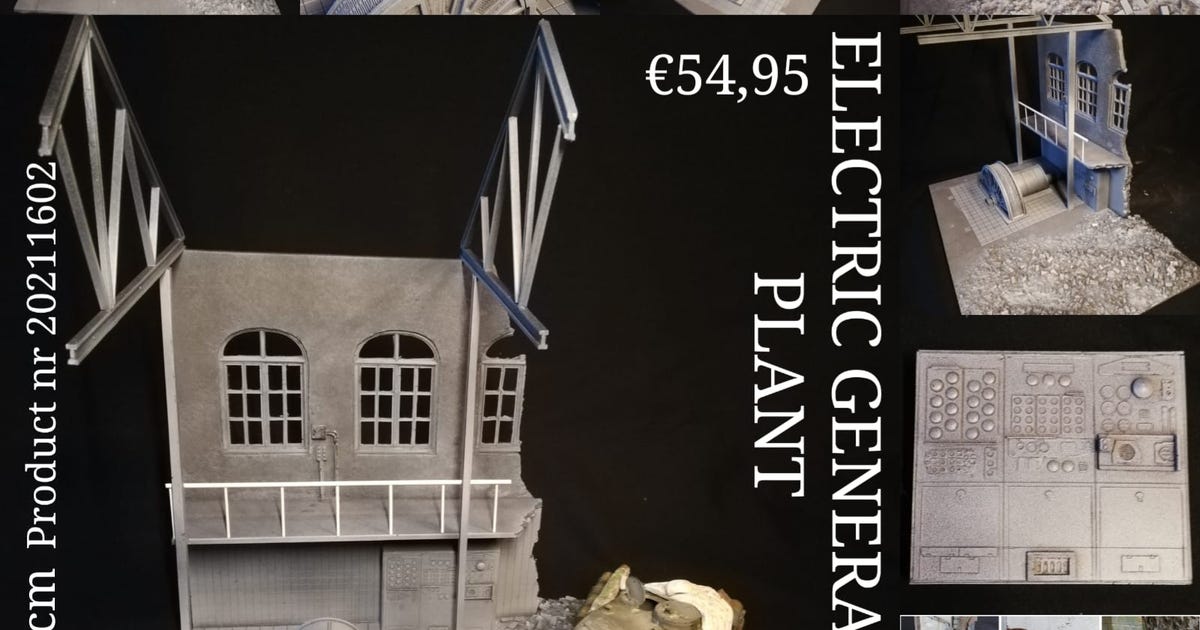 I think that I saw RT-Diorama makes those pumps and other industral plumbing you might be looking for. And so does MAIM.

All results related to * found on 80 scale modeling websites and the scalemates kit database.

Thanks for the information. I like the price alot better on this crane but it is pretty basic. I am liking my options, who knows my big dock would probably have more then one crane in real life. Might end up trying them both and see what one works best

Hmmm…you don’t think including a Leopold railgun, a U boat , and an S boat(not to mention everything else) in the same dio is over-loading it just a tad? (Realistically, I don’t think U boats would be moored, or docked, next to S boats)

Might be better building at least 2 separate dios with different themes. Just IMHO…it’s your concept.

@ CaptCrunch907
Which u boat are you planning on using?
Cheers,