A small dio I made many years ago using two Dragon figures. The scene is two Waffen SS panzergrenadiers running through a frontline trench where battle is raging

This one I donated to the WW2 museum by “the Blue hills”/Kinderheimhöhe in Sinimaed east of Narva:) 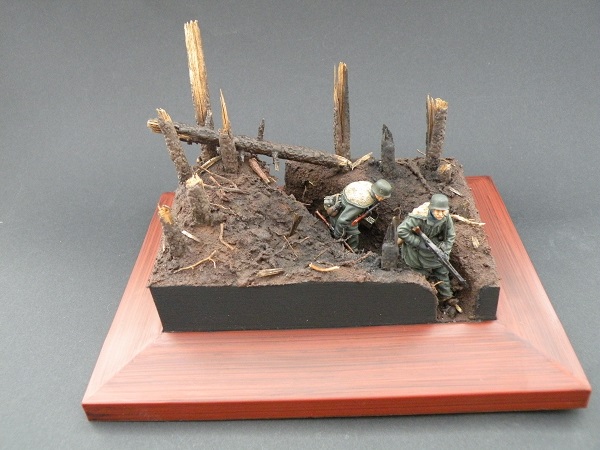 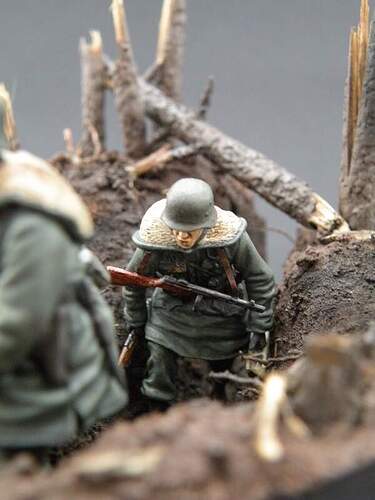 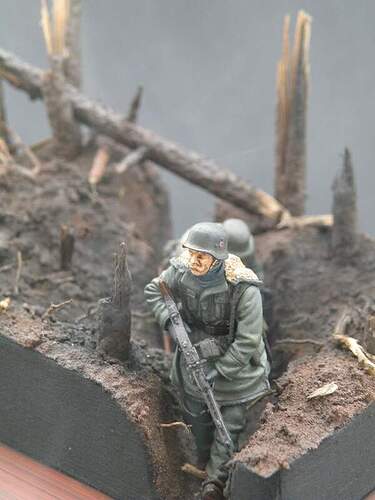 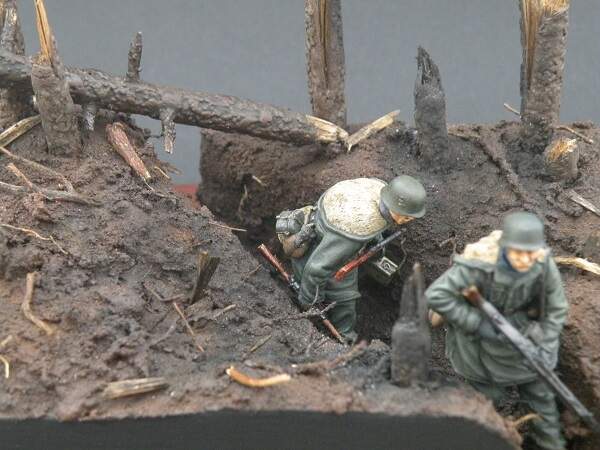 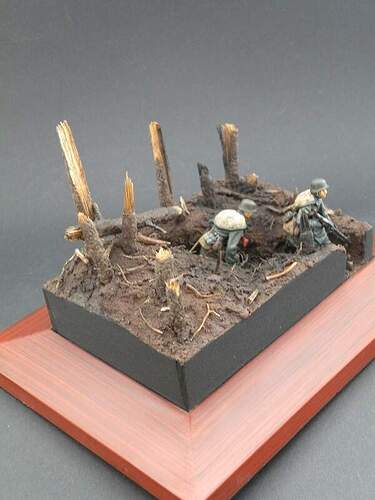 Nice. Narva is an interesting battle, especially if you are interested in the history of the Waffen SS. Have you seen the film “1944: Forced to Fight”? I think that’s about Narva.

Simple, but really well done! I especially like the splintered “trees” - I’ll have to remember that!

This is a simple but nicely executed diorama. The figures crouching and running along the trench and those splintered trees impart a sense of insecurity and drama. Well done!

I love the groundwork…

Well done little vingette! It’s really touching me as I have visited Narva in July 2015 during my holidays in Estonia. About 95 % of the people in Narva have russian as their mother language but I got by with my english. A bit difficult but it worked. They were delighted to meet a German in the most eastern city of the EU. 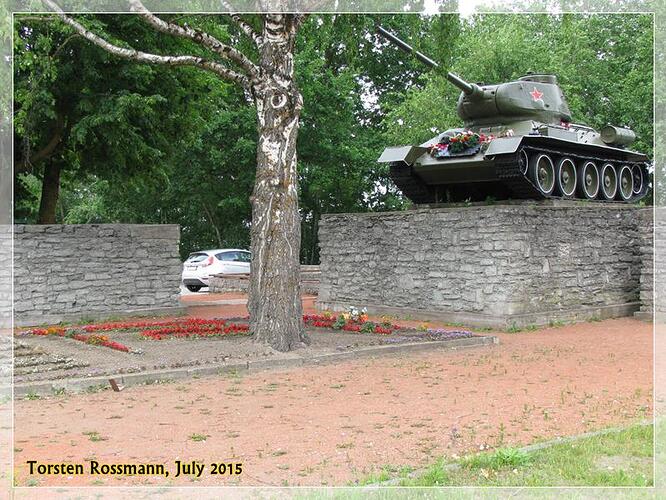 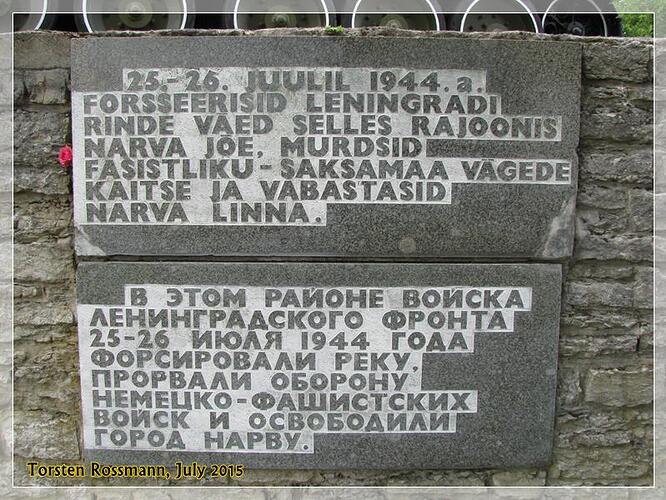 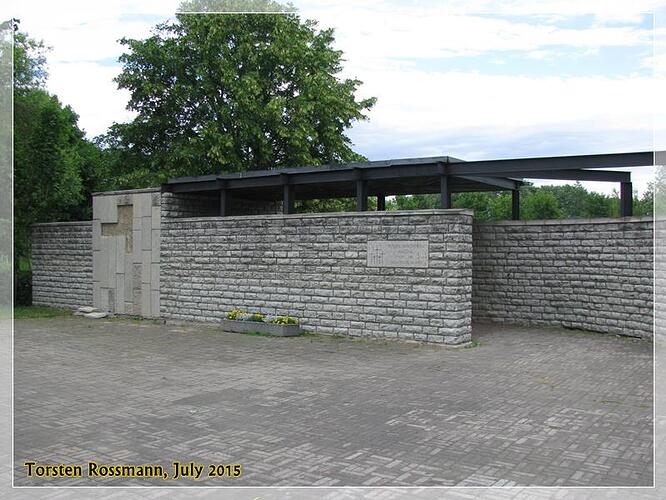 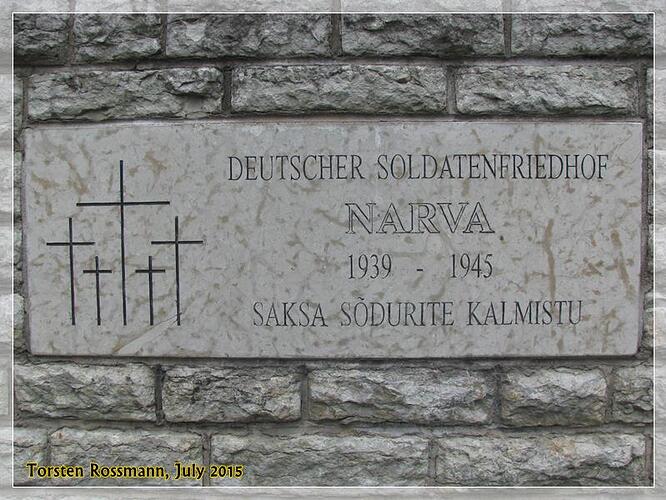 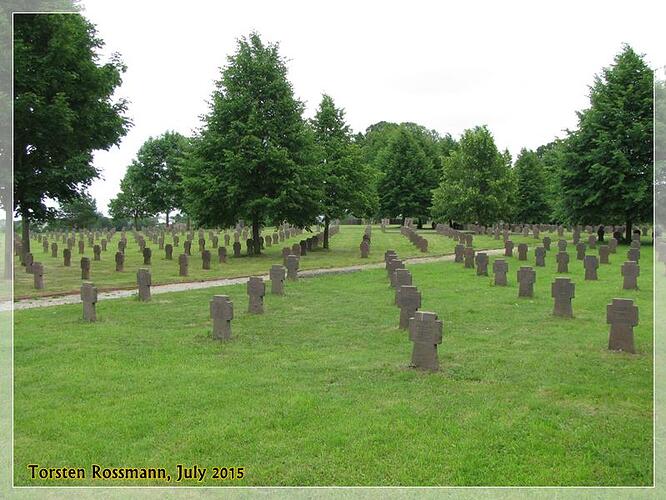 A good movie to learn about the tragedy of this small country during WW2 is the estonian made “1944 Brothers - Enimies”. Estonians were pressed into the fighting on both sides (like Latvians and Lithuanians) …

Thanks a lot guys:)
1944 is a good movies indeed, well worth a watch.
Here is a report from my visit to The Blue Hills/Kinderheimhöhe, the museum and the battlefields around there. 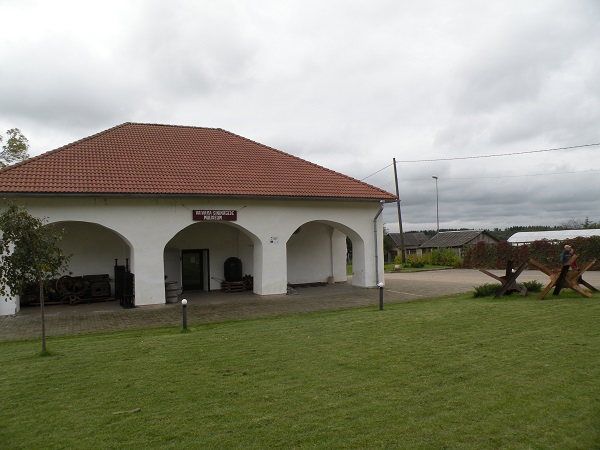 A very nicely done ‘less is more’ vignette. You have managed to create the starkness and desperate feeling of battle. Kudos to you, very well done.
Cheers,
C.

Now that I like! Nice and simple and well executed.

Love the trees. Going to keep that one in mind.
G.

looks wonderful! just as amazing as the MG nest.

That’s really terrific. I love the shattered trees in particular, but it’s all really great.