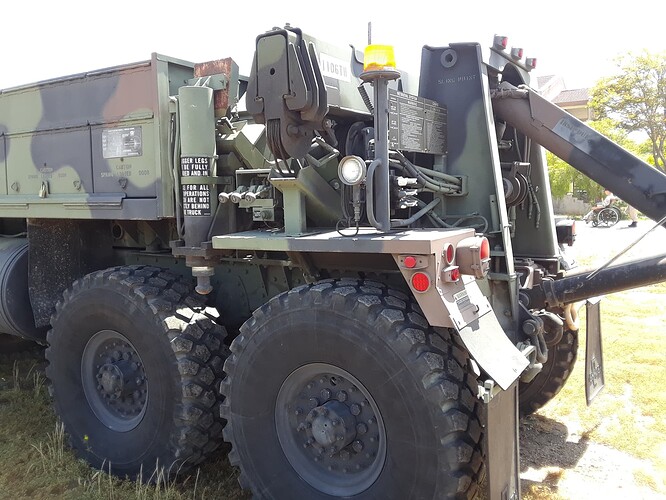 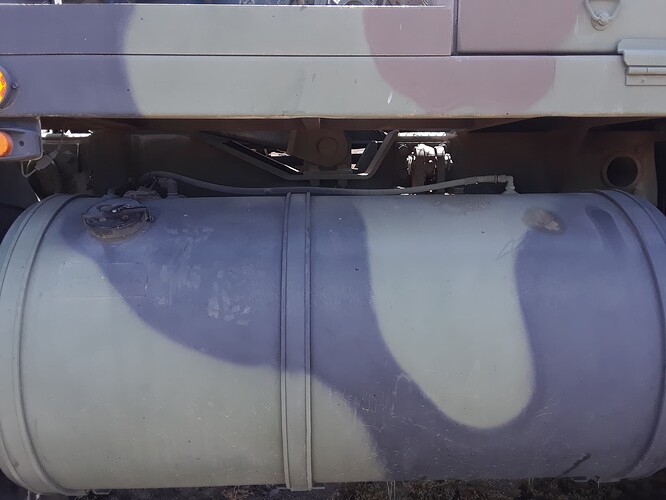 20190503_1212171920×1440 102 KB
I’m shooting XF-67 NATO green from Tamiya as a base coat on a HEMTT wrecker, and note that the overall color is quite dark, much more so than what the reference images show.
I’ve compared the paint through the bottom of the jar with the parts already painted, and there seems to be quite a difference in tone and shade. I used the Tamiya paints for the three-color NATO scheme previously and found that the green and brown were almost indistinct from each other after drying.
The effect I’m trying to achieve is that of the three distinct colors, similar to the reference shots I took of the 1:1 scale wrecker. Any ideas?
I used Mr Color Leveling Thinner as a reducer for the Tamiya paint.
18bravo July 2, 2022, 2:16pm #2

First off, I’ve never been a fan of Tamiya’s NATO colors unless painting a brand new vehicle. CARC fades pretty quickly. As a starter I always preferred Polly Scale’s NATO colors - lightened according to my own whims at the time.

…there seems to be quite a difference in tone and shade.

Many factors come into play here including scale effect. For fun, I took samples from the upper photo and sprayed squares of them onto the lower photo. My guess is you’ll have to “filter” the colors heavily to achieve the results you want. I myself simply like to lighten the colors beforehand. 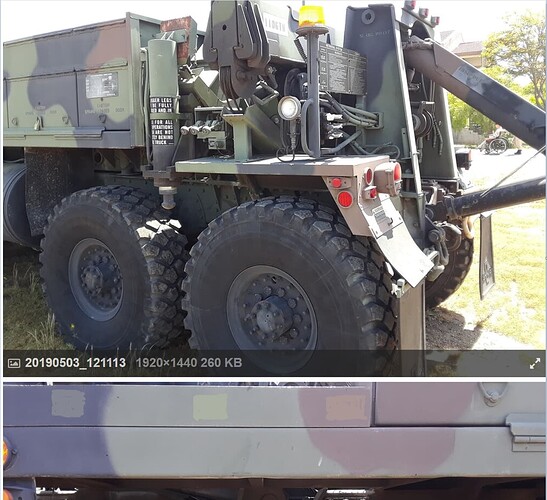 I find Tamiya NATO Green to be too “green” for my liking, and will usually reach for Tamiya Field Grey instead. And you could look at Red Brown to replace NATO Brown, or perhaps do a mix. I tend to use Buff mixed in if I need to lighten the green a bit…

NATO green somewhat depends on the period of the vehicle IMO. I painted this leoaprd C2 in AK nato green 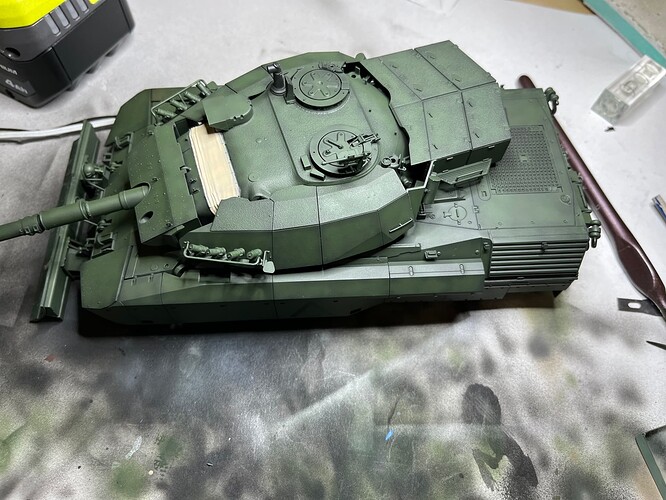 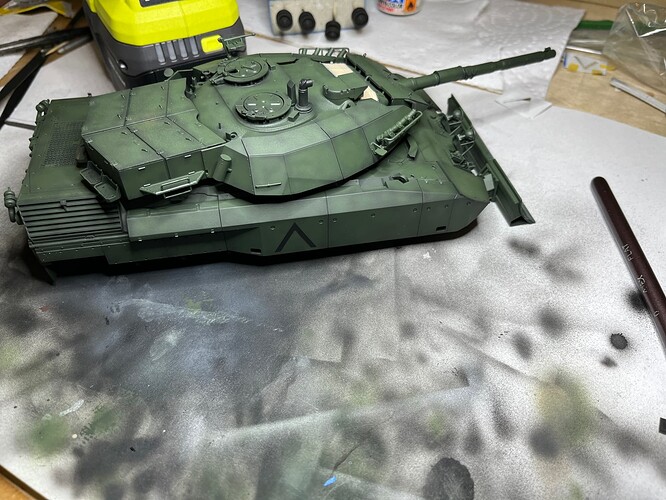 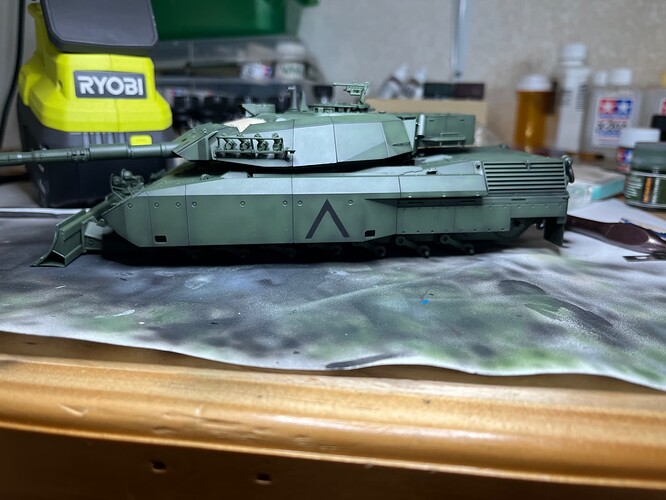 Which some may say is too green. But period pics of them show them to be quite green 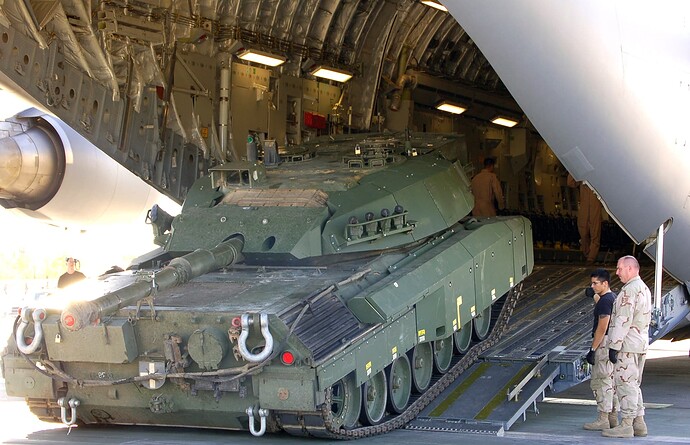 Too match the photos @18bravo posted I would lighten nato green with either buff as suggested by @barkingdigger or dark yellow. Avoid lightening green with white as it will turn it to a greyer hue

Thanks to all. I’ll try the field gray, as well as using the dark yellow/NATO green mix, to see what develops.

You might consider Flesh for lightening purposes; my modelling mate, Pete Smith swears by it and he does produce some exquistely finished models.

Flesh would so well too!! Anything with reddish hues should be good

Tamiya NATO Green is a 100% colour match at 1/1 scale, as mentioned you will have to lighten it, and as mentioned depending on how the paint was mixed, the colour will fade depending on who/how applied. After serving 26 years and 7 tours overseas, colours will also vary according to the conditions of operations. Stick to what is mentioned Tamiya Buff/Deck Tan & Field Grey, with mix and test, you should find what you are looking for…photo for Reference all the same colour… 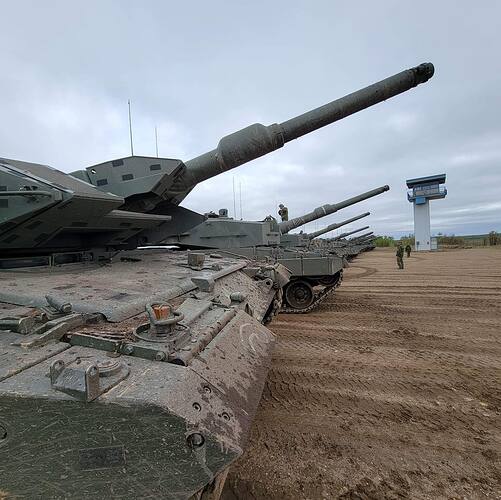 I arrived at a mix of XF-65 Field Grey, XF-73 Dark Green JGSDF with a dab of XF-60 Dark Yellow and XF-58 Olive Green.
This was sprayed over the previous NATO green, and provided a warmer, lighter tone. When the base assembly is complete and the Black and NATO brown pattern is applied, I will shoot a mildly lighter shade of the mix to provide the slightly-weathered appearance that I’m trying to portray.