Coming soon from Takom with interior - 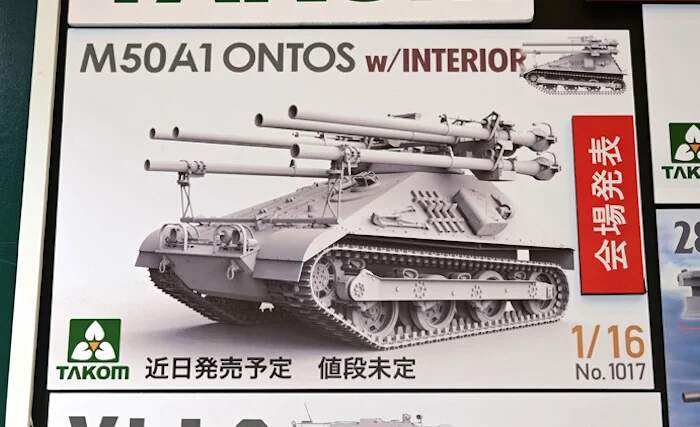 Interesting.
The Chieftains new High speed tour of the Fort Benning Collection includes a quick look at the interior & opening the breech of a 106mm RCL at 29.45 - Unofficial High Speed Tour of the US Armor and Cavalry Collection, Ft Benning - YouTube -

I’m all over that one!!! May force myself into getting two of them; with one being a gift to a friend who crewed on one up near Phu Bai. Still won’t be really big, and they were small in size
gary

Used at Hue, too. Should make for a great centrepiece. Doors open, with a couple of figures, will look great. Any other colours than OD?

I saw two or three out near Ross once. Not a real common sight in 68
gary

This big boy I might just get! give me eyes a chance to relax!

The Academy kit is really a T165 prototype. I’ve been all over that thing, and the Academy kit is pretty good for the prototype, but also has some errors. Steve Zolaga pretty much gave it a thumbs down review, but it wasn’t nearly that bad. Even the stance was spot on. The only serious issue I saw was hatch placement and in a couple cases the basic shape. Rear doors are tack welded shut, so there’s no getting a look inside. Also it uses three different gun barrels; which I found very odd.
gary