So where are the pics?? 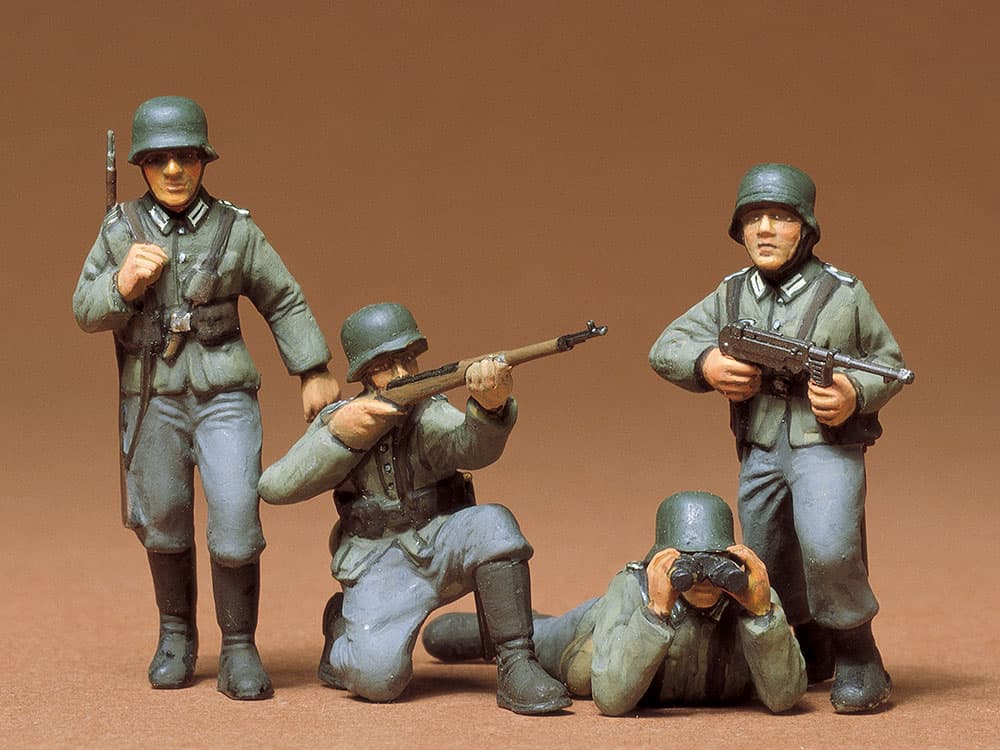 The recent “France 1940” set was supposed to be an “upgrade” of those! The poses are similar, but the figures at least look human! Tamiya have revisited a few of their older sets, like the German Army Officers set. However, the only figure set they have done which is anything like late war infantry was the “German Front Line Infantry” based on the figures from the revamped Sdkfz251 Ausf D. They are SS, or as Tamiya would have it “elite Infantry”.
Some people write off Tamiya figures, but their new sets are very good. The figures fit together well and have the look of being scanned from real people. Their new German Tank Crew are equal to anything else and their “Mid War Infantry” are pretty good too. I for one will be watching to see what this looks like.

Well…they were new some 50 yrs ago!