No wonder they are losing! The Russians are using T-54-1s! New Masterbox set. 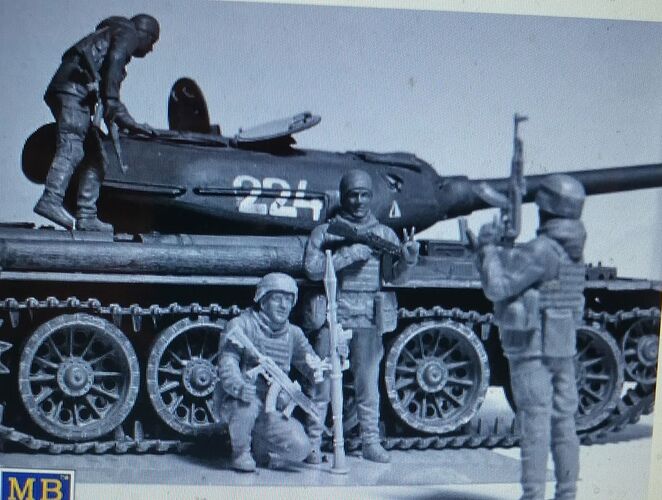 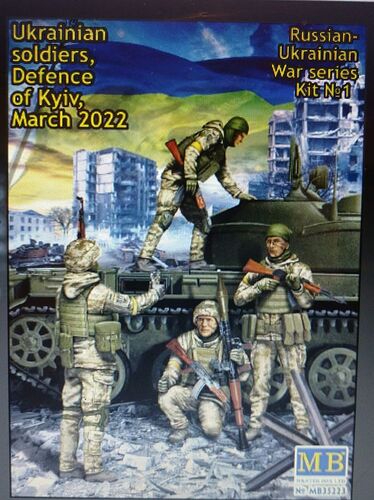 Well THAT joke got killed…

Looks like they are available on eBay from Ukraine/Eastern Europe now too. They looks good and should sell well.

I saw them in a news letter from the new (and improved?) Squadron shop. Good news seeing ICM and Masterbox (both in Ukraine) with new releases.

Where did you order from? I’ve been getting stuff from the Baltic area to western US in about 2 weeks. Just got some decals from Poland today, Ordered them the 3d. Same from Koala Land and Japan. Ukraine use to be about 2 weeks , but havent ordered anything from there since the defecation hit the ventilation… If the manufacturers there are releasing new stuff shipping might be getting back to normal. The UK , on the other hand … $50 to ship a plastic bottle paint (MIG/AK/Vallejo) … Batshit crazy!!! (now, if it’s 1 hour delivery and I get “a happy ending” …maybe…)

I ordered this kit + one of the new hoplite kits from Masterbox a few days ago from “Plastic Models Store” in Kiev, the tracking number i received was registered online today so postal service atleast in western Ukraine is functioning and operational.

For the ukrainian soldiers it could have be better to included the more common AK74M weapons.

The packet took about one week from Ukraine to Norway, which is more or less the same as pre-war. Here are some close-ups of the sprues: 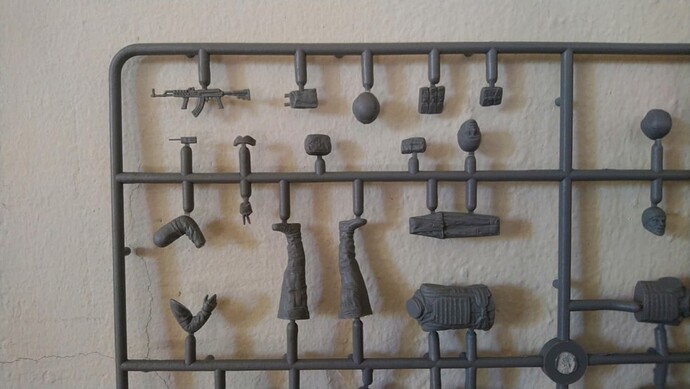 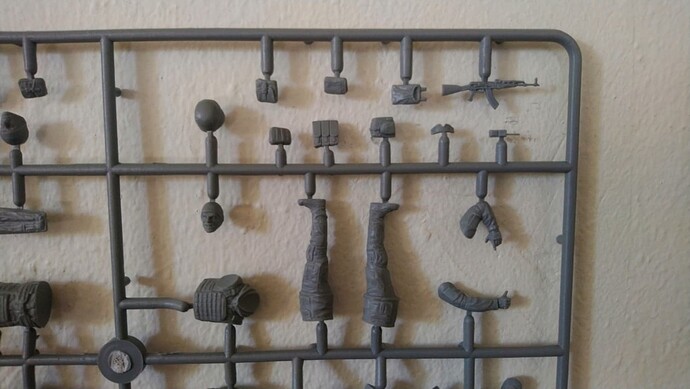 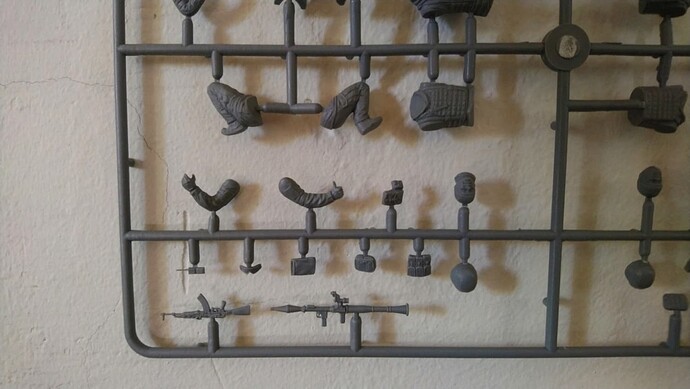 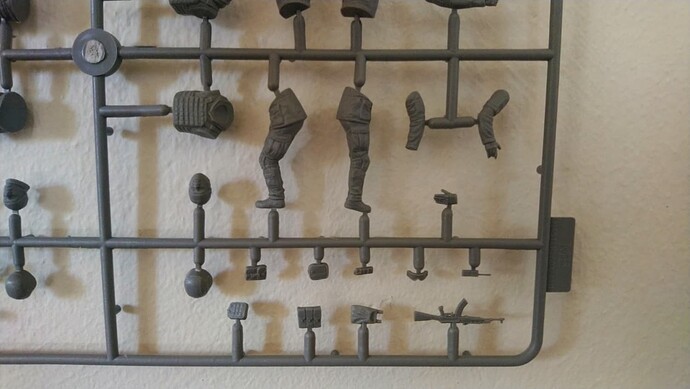 Also, here is the hoplite, no details on the back of the shield tough: 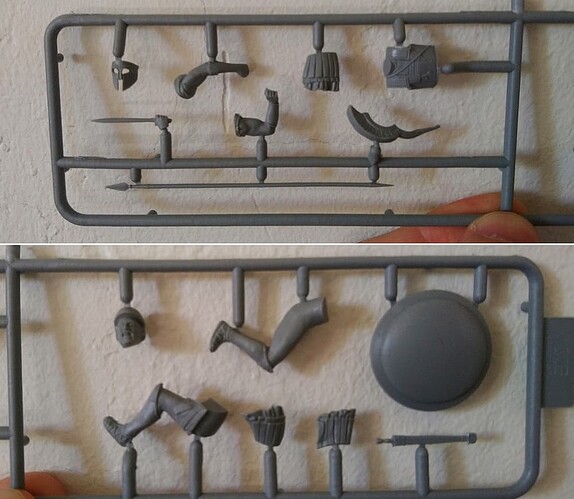 Not that I can find any pics of.

There is the common folding buttstock version. 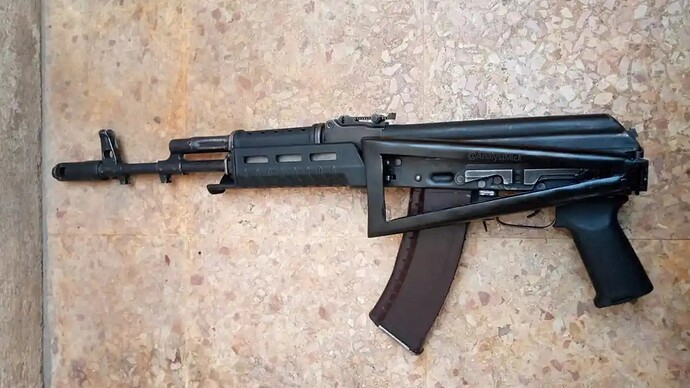 There are AM kits to convert them to collapsible buttstocks, but I think this is mainly a civilian/collector item, not used by any military. 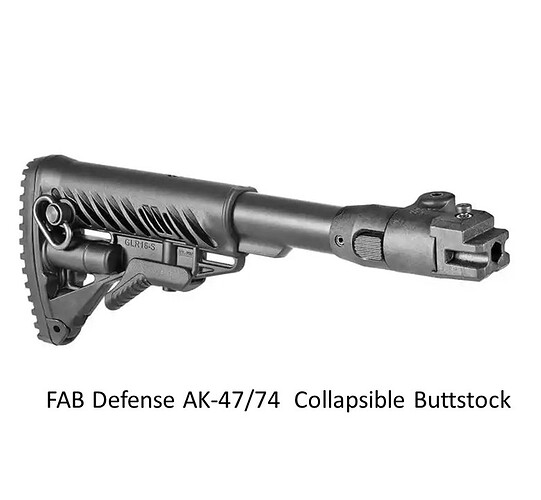 It does not appear to be the one in the kit though- I think it is something like @HeavyArty said with an aftermarket stock added.

I have seen a few pics of Russian SOF using collapsible stocks on their AK variants but I’m not sure if they are manufactured in this fashion or whether this is something done afterwards in a dedicated military armory.

In my references I did find this picture of equipment captured by Ukraine, supposedly being used by Russian Recon troops. 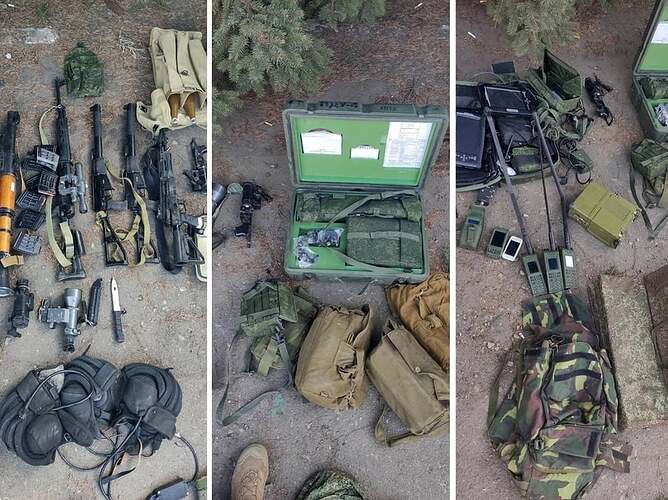 5th gun from the left appears to have a collapsible stock.

I thought Sword, shield, spear was for a Russian paratrooper.

I have to say, I don’t think I’ve ever seen model figures being manufactured in and shipped from an active war zone before. What a wild world we live in!

We do live in interesting times!

I thought Sword, shield, spear was for a Russian paratrooper.

No chance, learning to use a shield and spear properly takes a lot longer than mastering an AK, add in the sword and it would take a lot longer…

An ancient Chinese curse… “May you live in interesting times.”

True dat. 'Sides paras would need a f;olding or telescoping spear to jump with.