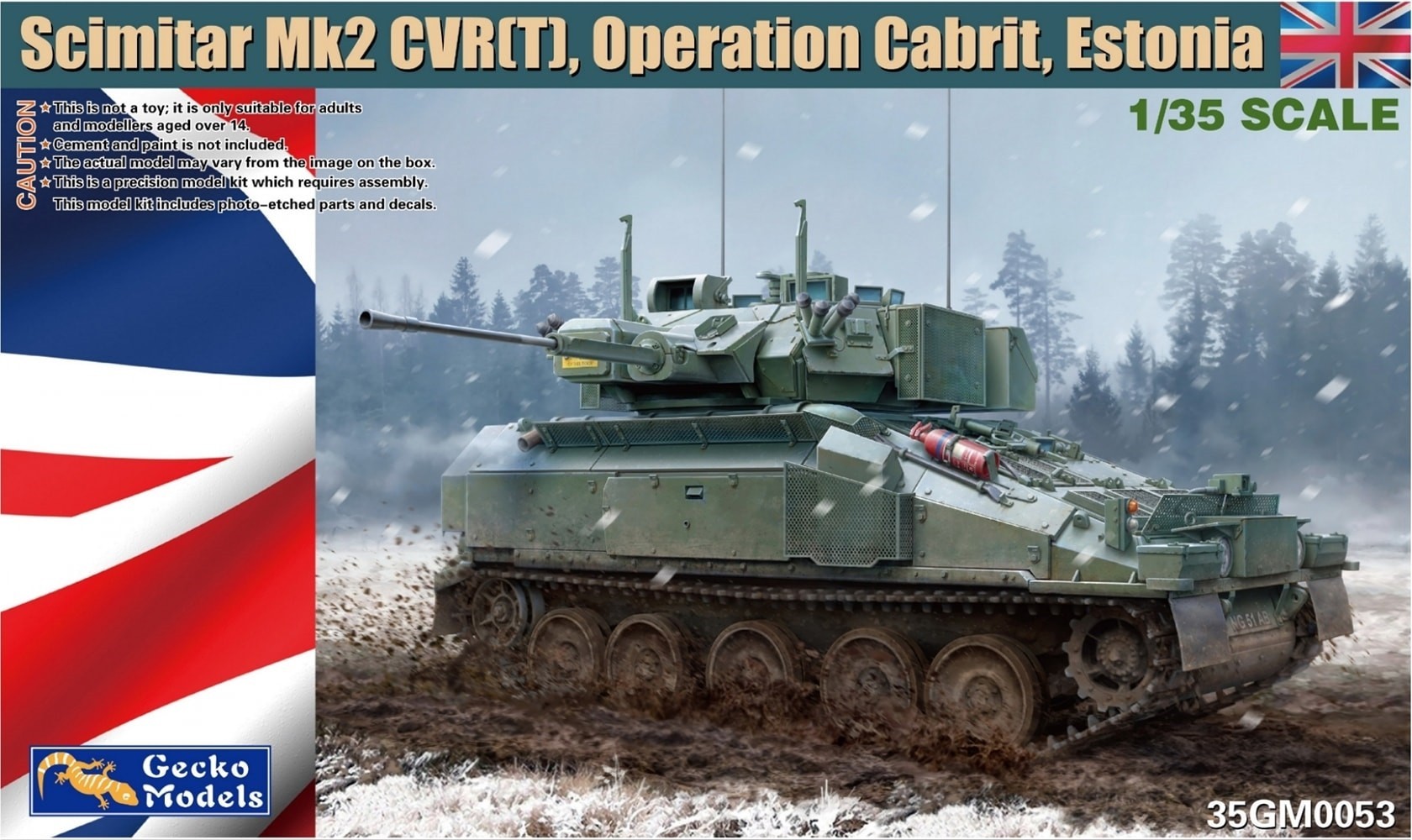 This is partial text from the full article (usually with photos) at https://armorama.com/news/new-scimitar-mk2-cvr-t-from-gecko
6 Likes
CMOT February 2, 2022, 3:53pm #2

Now this is a release I can really look forward too.

There was a bar armour one announced a few months ago as well. 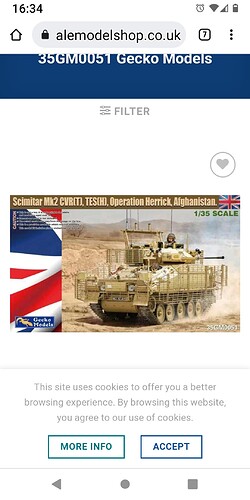 Shame it’s not a Spartan , Sultan, Samaritan or Samson…

What about Conversion potential John ?

Recovery version only, with small back door, and a lot of work, and money to AA, for short cuts, crew hatch, commanders station, baskets, smoke dischargers, tools, with out looking closely.

It’s Spartan from the tracks down, but depending how they have produced the upper hull, there would be a crazy amount of work needed… Then there’s the roof doors, commanders cupola, Operators hatch and sights and reworking the exhaust… I will just have to wait a bit more …

Seems odd they have or will be producing a kit that only had a run of about 50 or so real wagon… Still, hey ho.

I don’t think so John. Given they have been deployed in active service and are a current operating vehicle, it will appeal to a very wide market. Consider how many Sturer Emil, Dicker Max and Challenger 2 Megatron kits have been sold over the years, with just 1 or 2 actually built? Modellers buy bling just as much as other consumers.

Given the Mk 2 is based on the Spartan hull, I would not write off the possibility Gecko will release one in the future. They released 4 version of the Supacat ATMP and 2 versions of the Daimler (including the limited in number SOD) after all.

Modellers buy bling just as much as other consumers.

I’m patiently waiting on a Saxon…will be I while I think!

I bet some company is going to release different versions once someone finishes an insanely scratch-built and revised kit - as usually the case.

Those would be great …and a Leyland DAF DROPS

I’m patiently waiting on a Saxon…will be I while I think!

no not all, you just have to wait until hell freezes over or Scotland wins the world cup…or Boris Johnson does something intelligent for once.

I’m glad to see a British subject on offer rather than the usual, Sherman or German mentality thay a lot of manufacturers go a long with.

Where would ‘Scotland leaves UK and joins EU’ fit in on that timescale?

Scotland can’t join the EU as there is a waiting list of 5-7 years and there is at least 1 of the 33 charters that Scotland can’t fulfil to join but Nicola Sturgeon and the rest of the SNP miss that part out in their grand speeches.

anyhoo, enough politics, PM me if you want to continue this side of the convo.