Takom released images of their upcoming Tiger I in 1/48 scale... an early production vehicle with full interior! 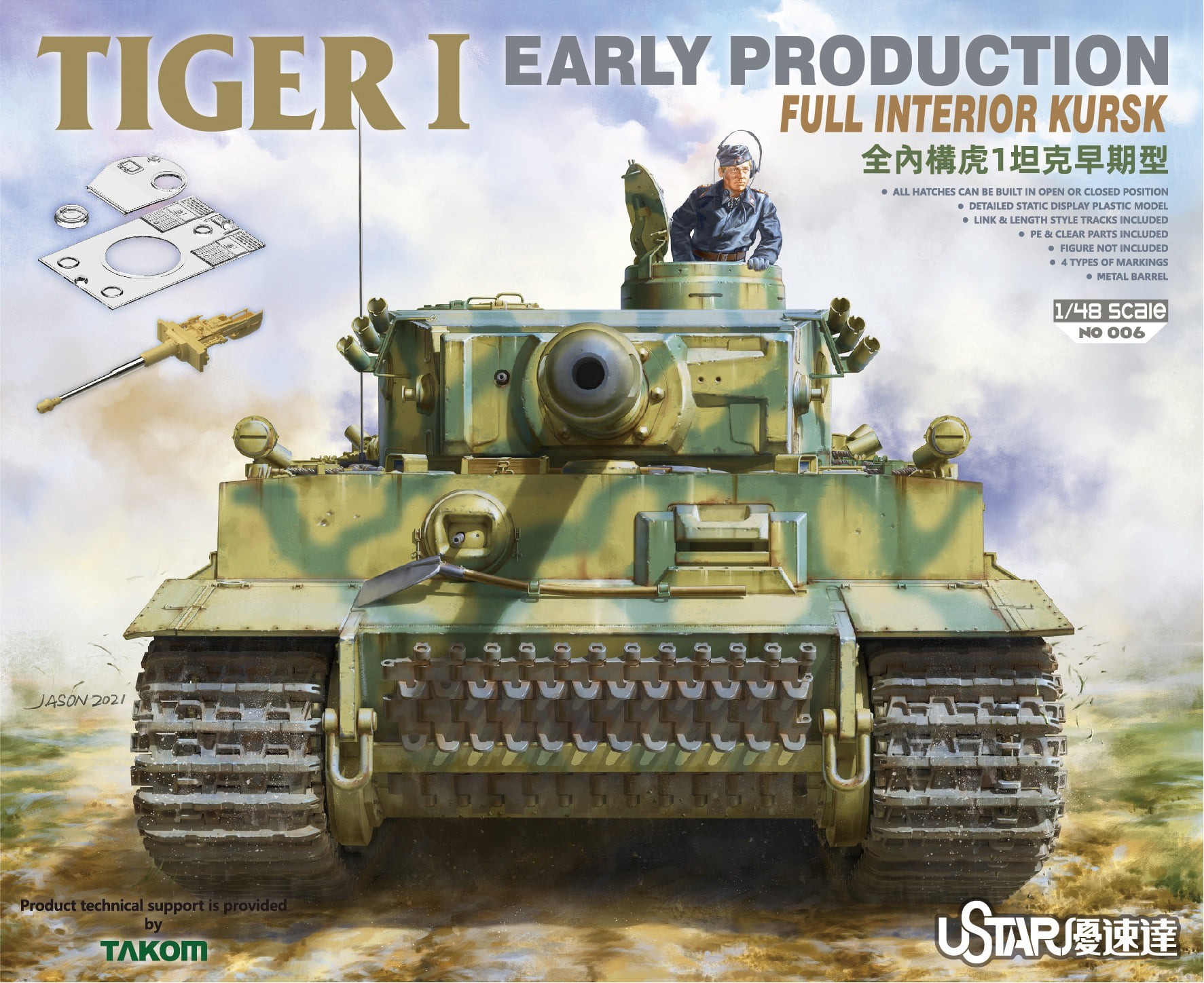 This is partial text from the full article (usually with photos) at https://armorama.com/news/new-tiger-i-in-quarter-scale
DByrden November 20, 2021, 9:51am #2

It’s too early to be discussing this kit. I think it’s still under development. So, what I say here refers to these CAD images, not necessarily to the final kit.

It is clearly based on Rye Field’s interior design that was developed for their kit #5003 six years ago. That is the best-of-breed Tiger interior, even within the stable of Rye Field’s own Tiger kits. It covers the whole tank. I’m curious to know if this Ustar kit will include the features underneath the turret floor, as Rye Field did. These CAD images don’t answer that one.

The Rye Field interior was not perfect. And, strangely enough, even though its problems were pointed out repeatedly over the last 5 years, they are now copied into this CAD image uncorrected. I refer to:

Ustar also seem to be adding a few problems of their own:

That said, the above problems are almost all easily fixable. My main concern regarding the accuracy of this kit is for something that Ustar haven’t announced yet : its decals and paint schemes. The Tiger went through a number of detail changes in the “early” period and it takes some skill to represent a specific Tiger correctly. Tamiya got this wrong, Rye Field got ths wrong, Border got it terribly wrong, so I’ll be interested to see how Ustar fare.

I got my start in armor with Tamiya 1/48 kits,I enjoyed them at the time and still have some of the builds hanging around.I also enjoyed the Hobbyboss T-34/85 that had the interior.
Although I won’t be going back to 1/48, if Takom continues it could be a nice alternative for others,especially ones who want to mix planes and armor in dioramas.

David,
Please stop with the ‘rivet-counting’ for heaven’s sake. I am one who accepts that there will be flaws in a kit, so just let it go.

You do this and it just makes me want to walk away from the hobby.

David wants to give us a detailed review,assessment opinion about a kit is fine with me, and very informational.It allows modelers to make an informed choice.If somebody doesn’t like “rivet counting” then they should feel free not to read his thoughts,no arm twisting going on here.

We have a modeling forum here,so why should he censor his thoughts if they are appropriate.

Please stop with the ‘rivet-counting’ for heaven’s sake. I am one who accepts that there will be flaws in a kit, so just let it go.

Speak for yourself, please. If you are not interested, you can simply not read, disregard or even block his messages. Not everyone thinks like you.

David’s points are all valid, particularly if the kit is still in the development stage, which would allow the manufacturer to correct the mistakes. The inclusion of the modern electric boxes illustrates the pitfalls of using museum vehicles as your inspiration. Granted there isn’t much else to go on and the Bovingdon Tiger is a good example of a careful restoration. But it is also a working exhibit and modern Health and Safety requirements apply.

Another vote for keep the comments coming, David. I find these insights invaluable. I think coupled with the work on his website you find out about ways to make your model better if you want. If it were just a whole bunch of comments about how this is wrong, it would be tiresome, but David also gives the information about what to do to make it right.

Well, weeks have passed, Ustar have made their tooling, kits have been produced, and all of my comments were ignored. 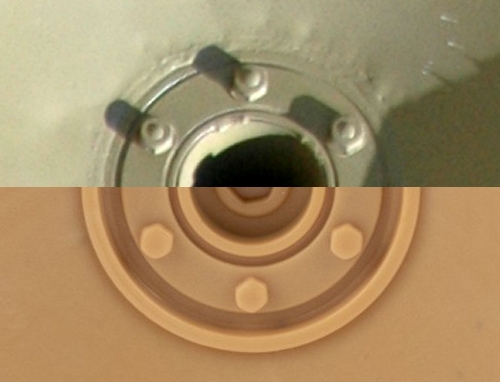 There are sixteen of these.

Months have passed and Ustar are returning to the Tiger subject.

This time they’re breaking new ground - in all scales. They’re attempting the interior of a “Command” Tiger. By adding some new parts to the existing kit, they hope to give us this rare vehicle that has only ever been available in “exterior” kits.

At this stage they’ve only shown us some CAD images. The results are not entirely satisfying. The errors in their first Tiger (like the terrible wheel hubs) don’t seem to be fixed. And the new “Command” interior doesn’t have all of the necessary changes, only some of the largest items.

The decal sheet will cover Michael Wittman’s “S04”, perhaps because Dragon already did the markings research? Several other of these Tigers existed and I wonder if Ustar will give us more than one set of markings.

Anyway, as and when information gets released I will analyse it on my own page about Ustar’s Command Tiger.

David, I seem to recall a previous conversation on Armorama when command Tigers were discussed. You made the valid point that no one still alive actually knows what the internal fit for a command Tiger looked like and there are no records. So the manufacturer may be able to get away with inaccuracies as long as they do the proper research on which radios were fitted and where. But will they? Given that you made exhaustive comments previously which they ignored, perhaps we shouldn’t get too hopeful. After all, one radio set looks pretty much like any other doesn’t it - NOT! I don’t subscribe to the view expressed above that all kits have some inaccuracies or flaws. Yes, OK, I accept that some small details will be difficult to mould and it is necessary to change some angles slightly so the pieces can actually be extracted from the die (I do have some commercial experience of moulding long ago), but really there is no excuse for glaring errors with the absolute plethora of research material that is available today. In some cases it is actually easier to make something correctly than to get it wrong, but kit manufacturers still do it. Latterly, I have also begun to doubt a lot of the marking schemes that manufacturers like to give us; specifically anything that is very time and location specific gets my antennae twitching…and the ubiquitous “unnamed unit” which DML likes so much.

It’s not as bad as all that. New material has come to light. We know what was in the hull, and we have a partial idea of the turret.
But - and this is shocking to me - Ustar don’t seem to be using, or even looking for, those information sources.