Finally! The new figures are available from Live Resin, all depicting modern US SF operatives. Also, the company released new decals for these figures. 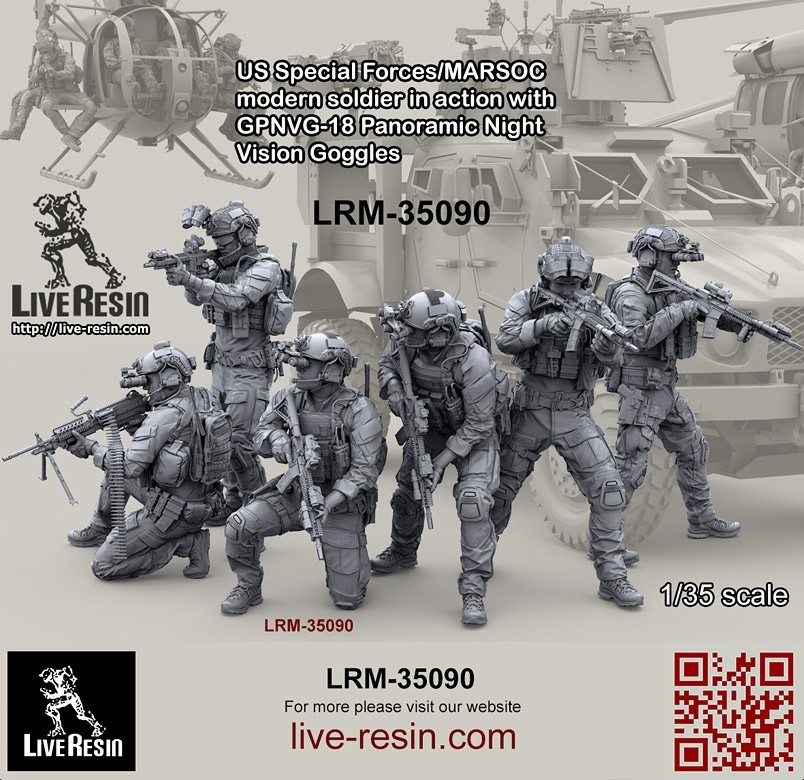 This is partial text from the full article (usually with photos) at https://armorama.com/news/new-us-sf-marsoc-figures-from-live-resin
Newtonk December 3, 2021, 7:54pm #2

Great figures, love the theme of the set… Now, if I bake them for an hour at 180°C with some baking soda, they’ll double in size, right? Or will these be available in other scales? Asking for a friend.

Do you know how hard it is to find and get a set of figures that resemble a team that all act, look, and function as a cohesive unit, especially more than four figures? Answer: It is fracking darn hard!

Live-Resin is the first to do it outside of 1/35 Tamiya and DML…seriously…and those were four plastic figures to a set and have poses that often don’t coincide with the scene’s action. Having been in this figure modeling hobby for decades now, I can say it is not easy to find what Live-Resin has just now accomplished, and Live-Resin (ironically from Russia) did a fantastically marvelous job depicting US MARSOC SOFs in 1/35 with all the latest guns, gadgets, and gear at an affordable price. THUMBS WAY UP, this is SO COOL!

While I would have preferred 1/25 (75mm) and larger for these figures, the modern US SOF figure modeler is not going to find a set of six 1/35 US SOF figures that look like they just got off of the same 1/35 vehicle anywhere else in the figure hobby market. This has been a milestone that took a long time in the waiting for the 1/35 modern figure hobbyist.

Is there anything specifically that would make them MARSOC? I’m not up on the modern gear and weapons since I retired in 2013. They do look incredible though!

And I like how there are three options for the head, too. Nice touch!

Oh my…
I’ve ordered a couple. Need to sort out my figure painting g skills then…

The HK416, better known as the M27 Infantry Assault Rifle (IAR) will make them MARSOC although it’s debatable on if MARSOC still uses the M4A1.

Honestly, the USMC has attached suppressors on basically all of their carbines and IARs, so unless one gets an additional Live-Resin HK416 set with suppressors, these look like US Army SOFs to me.

You would need Live Resin HK416 kit to make it more in tune with MARSOC.

Again, I’m not 100% sure, but the USMC are attaching suppressors to their HK416s and they often use the long barrel. Being SOFs, MARSOC can also use the short barrel suppressors too. 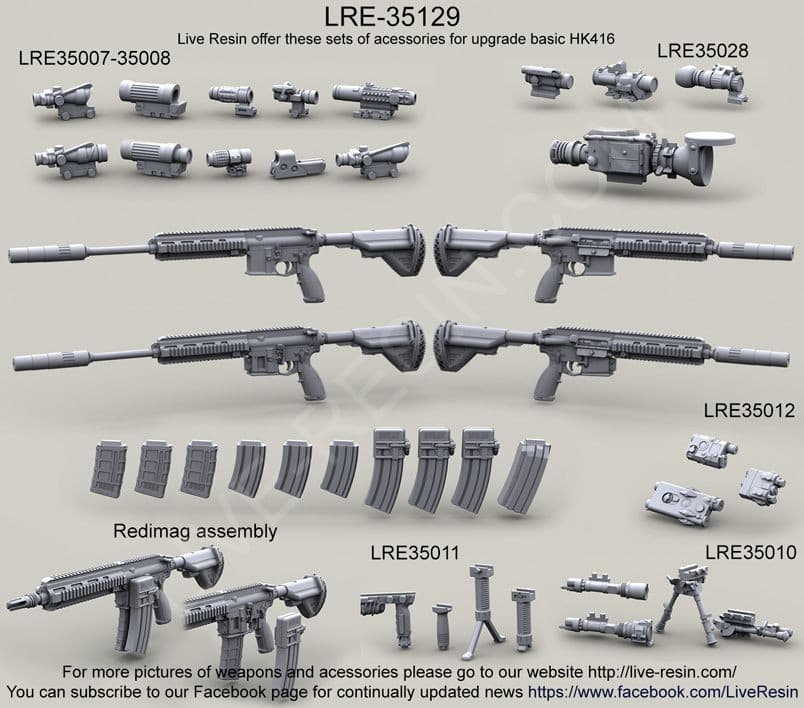