posted on 2 seconds ago

This is a companion discussion topic for the original entry at https://modelgeek.com/news/alien-hunter
1 Like
staff_Jim December 16, 2020, 5:40pm #2

I have to say that’s pretty cool. Would make a great shelf piece.

I am very tempted to buy one.
Andy 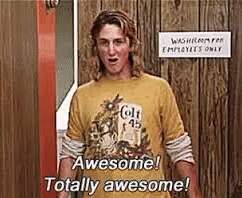 that look terrific, I hope they do an Arnie figure to match it

The human PREDATOR figures have been a longtime Sci-Fi modelers’ desire, in 1/35 and 1/16 scale, for decades since the movie released.

I think that they may exist in wargaming 28mm scale. I know Blain and Dutch were made in resin in 1/16th scale, but they’re very rare and expensive now. No one ever made the entire “Rescue Team” of all six soldiers: Mac, Billy, Blain, Poncho, Hawkins, and Dutch…and CIA officer Dillion as scale figures. They may exist as 1/16 dolls perhaps.