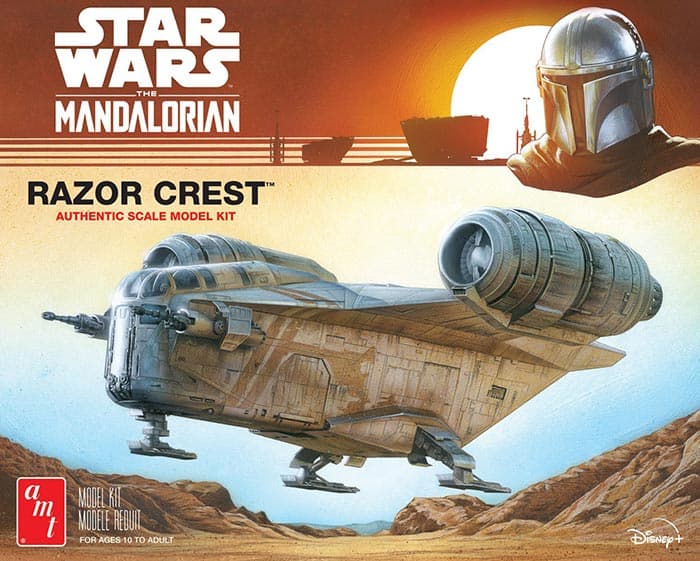 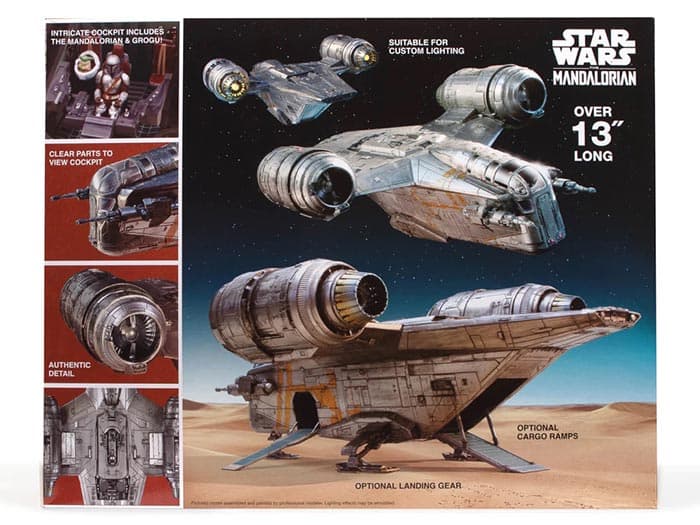 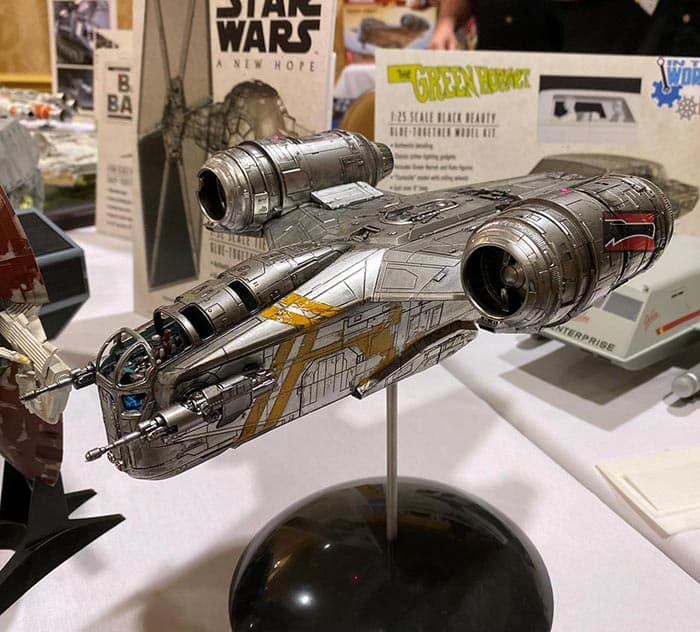 " AUTHENIC DETAIL: This kit was developed from files supplied by Lucasfilm to ensure authenticity. Tons of exterior “greeblie” details and recessed panel lines are present to bring the ship to life as seen on-screen.
FEATURES: Build the ship landed with gear down or gear up and flying, mounted upon a sturdy support stand. Open or closed entry and cargo bay doors and precise cockpit details round out the offering.
QUICK SPECS: 1/72 Scale. 100 Parts. 14” long. Molded in gray and clear parts with water-slide decal sheet and assembly instructions. Skill level 2 – Suggested for modelers age 10+ PAINT AND GLUE REQUIRED.

Maybe not as detailed/good as Revell but cheaper from what I have seen.

I hope someone does a comparison. I wonder who did the molds for the AMT kit? It seems odd that Lucas would license 2 different 1/72 scale kits.

Would be interesting to see how they compare. I know the Revell is quite highly regarded. Especially as it has the full interior. My LHS has sold loads of them!

Personally, I can’t warm to it enough to want one. It looks a bit too much like the airborne Hunter Killers from Terminator 2 from some angles. And I’m still not sure about the silver. Doesn’t say Star Wars to me. Then again I have never seen an episode, so I don’t feel as much of a connection to it like I would say the Millennium Falcon or Enterprise.

But, good to see R2 doing Star Wars under the old AMT brand and I do like the retro 70’s style packaging on this kit. Very cool.
Be interesting to see what else they do. We still need a Nebulon-B Frigate. 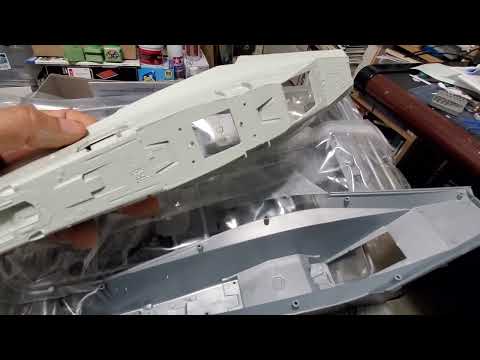 I had the AMT kit pre- ordered, till I saw the comparison, I actually think the Revell kit is better, as it has an interior, AMT is just blank.

I wonder if they’re going to do the same trick they did with the recent Galileo shuttle? Wait a year and then release an interior at the same price as the base kit.

Well I think it would have been a much better selling kit, however they (spoiler ahead) blew it up, and it has been what, two years almost since we last saw it? It would have become an iconic spaceship like the Falcon, but: 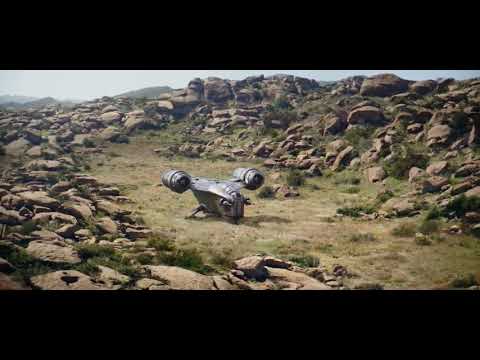 I remember them using part of that in some of the promotional clips, so not much of a spoiler.
Maybe another similar ship will return in the future.

Just like the most SW vehicles more then one was made so in theory they could “find” another one and repaint or keep the same scheme or keep with his new ride.

I don’t disagree but it’s like an armor kit with or without an interior depends on what the modeler wants. I think I was seeing a $30 price difference.

Doesn’t the Revell kit have some panel line misalignments on the engines?

You are correct of course about what the modeller wants, however if you open the hatches, the Crest has 3, one on either side, and the big tailgate in the back, with the AMT all you see is blank plastic, and you cannot block the view by putting a figure in the hatch, like a tank.

Not sure if you watch the Star Wars shows or not, he is now flying a souped up Naboo starfighter, like the one little Anakin flew in The Phantom Menace. It even has a special seat for Grogu (“Baby Yoda”) 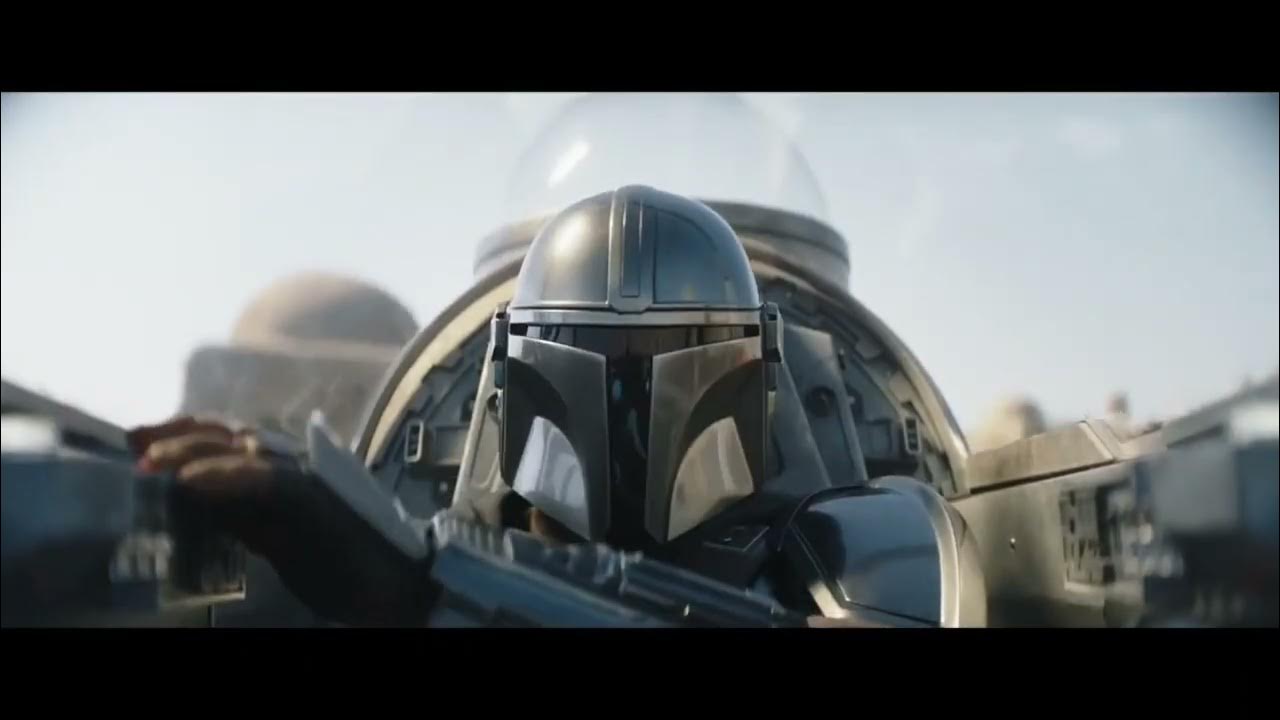 No they’re only showing them on the Disney online service over here. So not seen any of the shows. Pretty expensive service for a lot of stuff I wouldn’t watch. Same with all the new Star Trek. Too many networks and can’t afford them all.
If they released them on DVD I might be tempted to give them a bash.

Because they’re losing revenue elsewhere. Got to keep the cash flowing from all available sources.