Gecko has announced a Vietnam-era LARC-V coming out soon. It looks really interesting. I think it is the first LARC in plastic. These were used extensively during the Vietnam war and pretty much everywhere near water since then. It also has decals for an Argentine vehicle used during the Falklands (Malvinas) war. 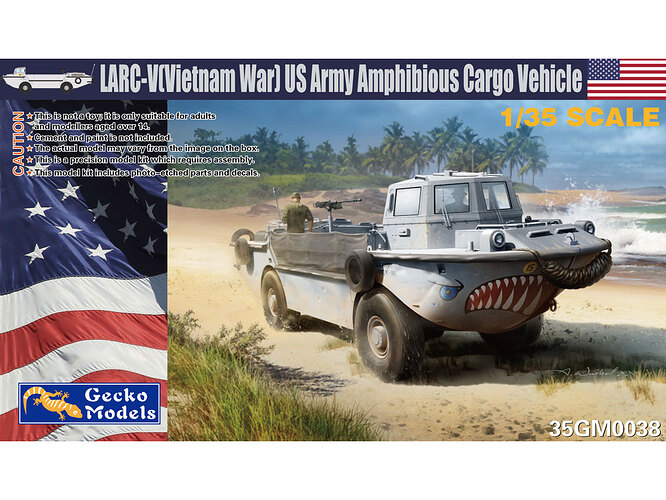 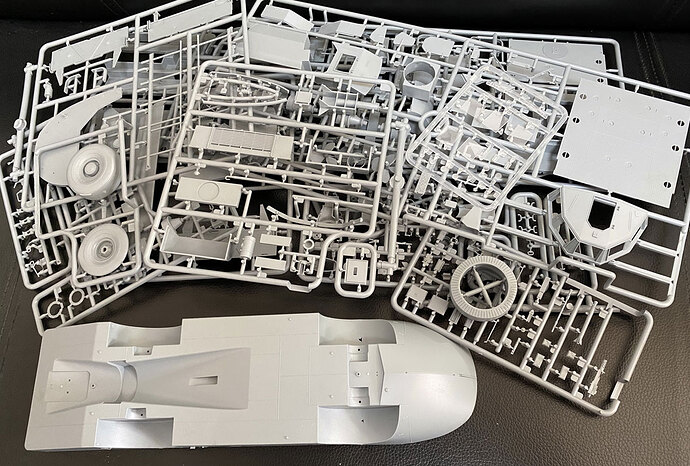 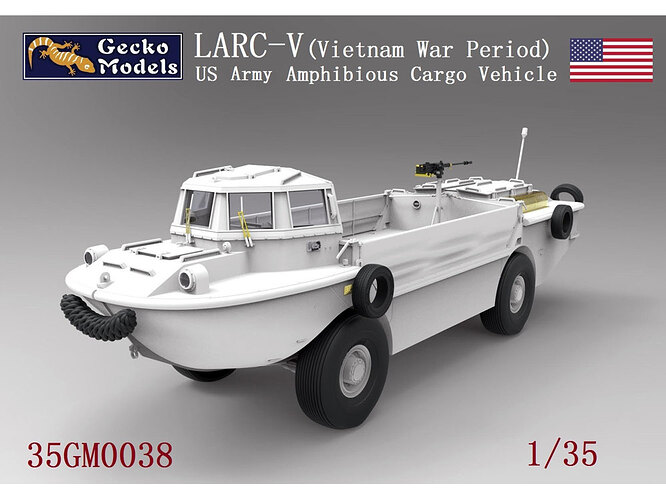 Link to the news article:

TRACK-LINK AFV Modelling welcomes AFV modellers of all skill levels from throughout the world!

Oh my God. Another kit I’ve seen resin disasters of but I was convinced I’d never see in styrene. Bless you Gecko! I’ve wanted to model this swimmer for 30 years! This looks beautiful and Gecko puts out some fine kits. Can’t wait for this one to hit the front porch!

Nice! The South Carolina Military Museum has one in its vehicle collection. Unfortunately, only one photo on their website’s home page, but it is out front on public display.

I was sorry that I missed out on Hobby Fans resin kit.
Not sorry no more

Well, I hadn’t even considered this as an addition to my collection when Hobby Fan released their resin version a couple years ago but the Gecko kit looks promising, quite a few sprues so it should be intresting.

This is something completely out of my wheelhouse, but I like it. Hope the boxart represents markings available in the kit. Another one to add to the wishlist

This has got to be one of the best surprises of the entire year.A friend of mine used to have one he kept out behind his business.We used to work on it but was never able to get her running.He did end up selling it.

At first I thought it was the vehicle they have in the museum in Overloon, but that appears to be a wee bit larger… That is a LARC-LX/LARC-60/BARC… Me wonders if that one will be brought out in plastic too!!!

They had a couple of these at the Navy Base at Port Hueneme (or as we called it, Port Enema.), Ca. back in the 80s/90s. Was told they were used to recover bits and pieces from test on the missile range there. The SeaBees there might have had a couple too.

I seem to remember an even bigger amphibious monster called BARC (but possibly also LARC?) which I think Roskopf - a firm similar in product to Roco Minitanks but frustratingly not in the same scale - produced way back in the early 70s. The Roskopf range was pretty good in that they produced most Warsaw Pact stuff which the Corps HQ Intelligence Section used to use for recognition training.

Sorry Folks! 'Just read Erwin’s post and see that BARC was indeed the monster I was thinking of.

And that’s in 1:72 - Jeez! Imagine that in 1:35 with an M60 aboard - somewhat mind-blowing, and I don’t suppose we’d ever see such a beast (where the hell would one keep it once built for instance?) but then we never thought we’d see a 1:35 Dora either…

1:200 Intrepid, Bismarck, Hood Scarnhorst et.c
Same weight of plastic so who knows? Maybe a LARC-LX is a little bit too obscure.
Hope the Lord of Styrene smiles down upon us