Hasegawa has released the US Navy’s CMV-22B Osprey in 1/72 scale. It should be a very nice model of the Osprey. 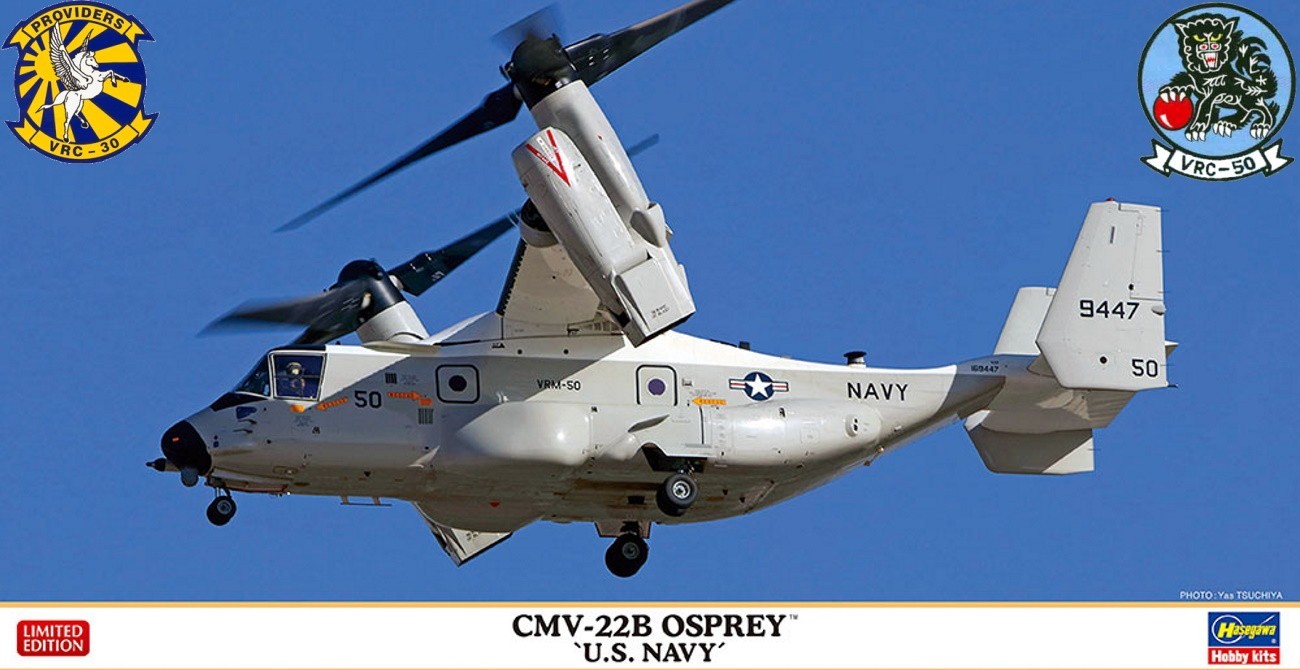 Hasegawa has released in 1:72 scale the US Navy’s CMV-22B Osprey

can the Airforce version be far behind?
gary

It would have to be a rerelease as they did a boxing back when the MV-22 kit came out in 2013. I am sure this is a typically Hasegawa rebox and probably not up to the modern spec as the kit is almost a decade old and things have changed.