I am in the process of building a military diorama in the Armorama forum and, as part of this, I’m scratch building a segment of a fictitious farmhouse, Normandy, France circa 1944, in 1/72nd-1/76th (approx. 00/H0), image below for interest, 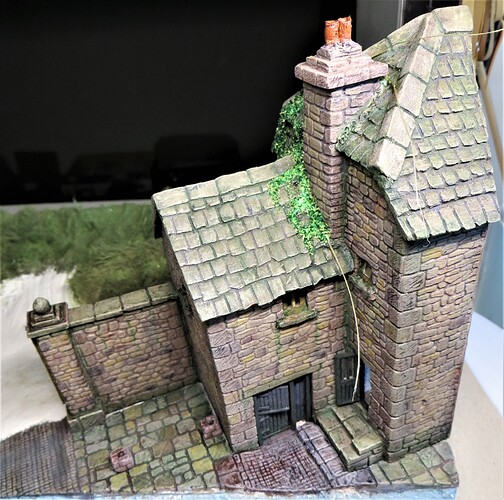 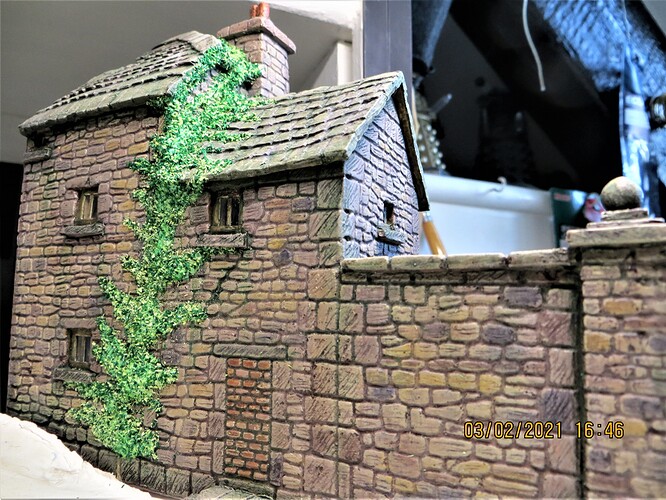 My question is this, is anyone aware of any sets of early 20th Century farmyard equipment, e.g. spades, forks, milk churns, carts, etc that I could use to populate the yard area, it’s equipment only, not figures using it,

Can anyone help please,

Thank you, and cheers,

Hi G,
All I can find is this Ebay seller that has sets of various tools…they are
laser cut and are grouped in different categories.
You can also try dollhouse accessories as they come in different scales
Hope it helps.

1 set of Super detailed,HO / OO scale laser cut tools. Fits perfectly in HO OO 1:87, 1:72. apply with the smallest brush you have. Be careful as the wooden bits might break, if not handled gently.

Thanks for taking the time to respond to my post, that set looks like a possibility, and will go some way to a solution, and have use beyond just the farmyard,

You can also scavenge from this set…wood barrels, buckets etc that
may be appropriate with the scene you are building.

Find many great new & used options and get the best deals for Battlefield Accessory Set 19th 1/72 Italeri Itas6030 at the best online prices at eBay! Free shipping for many products!

Thanks again Joe, your time and effort is greatly appreciated,

HO (1/87) might be a little small, but Prieser make model RR farm equipment.

I’m no railroad modeler (although I have stayed in a Holiday Inn Express! LOL!)…

Seriously, I just wanted to complement you on the farmhouse and yard! Very nice work!

I hope you find what you’re looking for!

First, your work is magnificent.

Second, searched for OO accessories and found Langley Models at this website:

I hope these help.

Thanks to Leo, Michael and Fred for both their kind feedback, it’s much appreciated chaps,

Also a big thanks for the suggestions on equipment/implements/tools for use around the farm, I am definitely going to check out the Langley bits-and-bobs, thanks again,

Although the following images are being posted in the relevant group build I thought I’d post a few as an update to anyone following this thread, 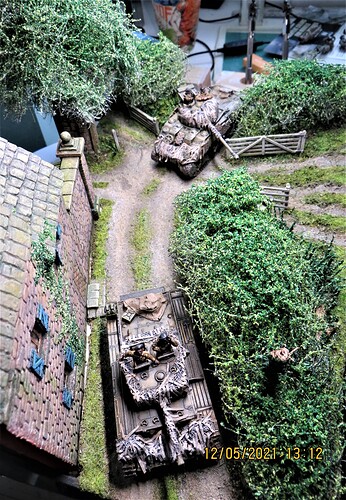 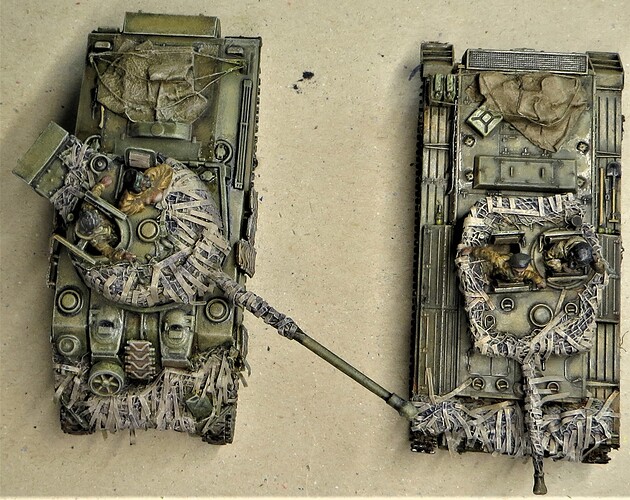 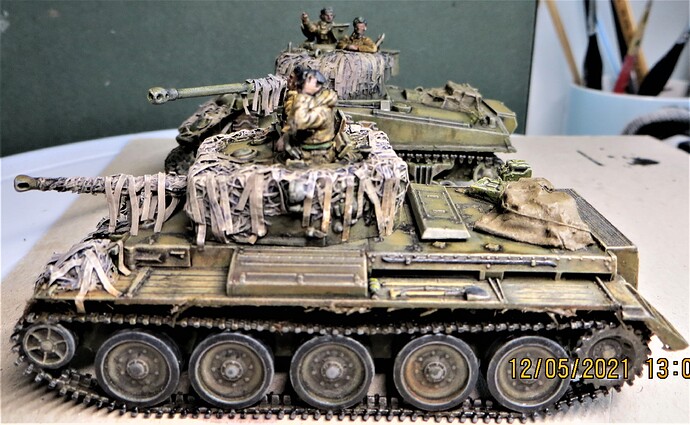 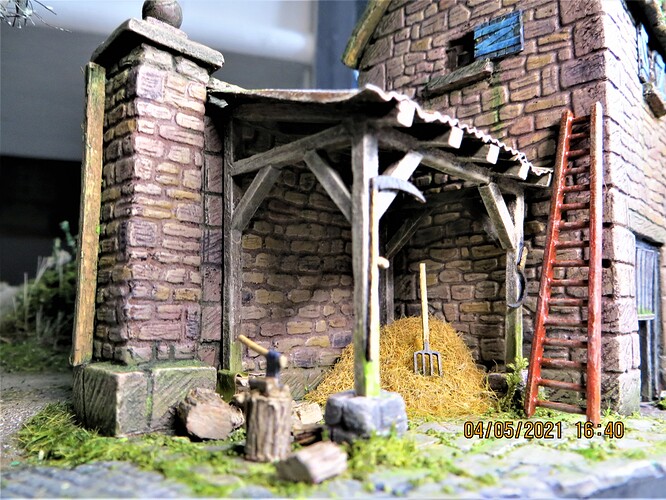 Thanks for posting. That looks fantastic! How did you make the camo netting for the tanks?

That hay pile and pitchfork look great. How did you make the hay?

Might be worth checking out the Modelscene range of railway accessories and scenic kits.
They do a lot of useful stuff and it’s not too expensive.

Hi Fred, and thanks for the kind feedback, it’s much appreciated, 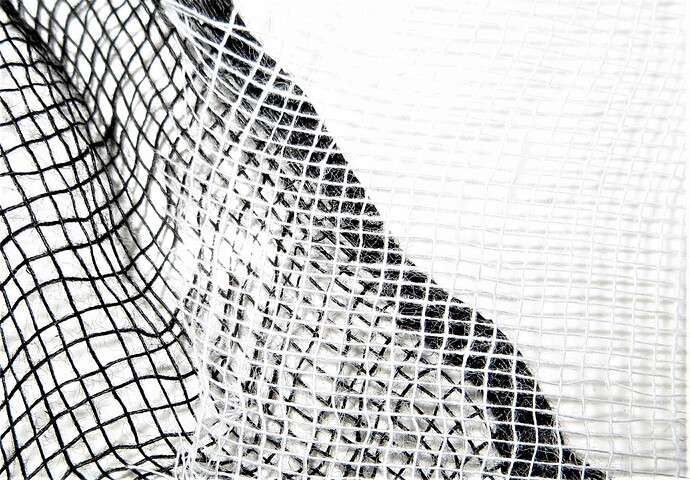 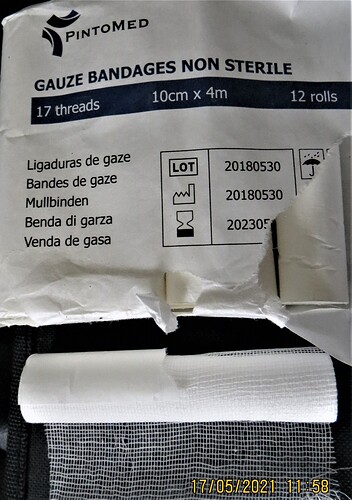 I spent quite some time trying to find camo material, I’d read about open weave gauze bandage (the white stuff above) in an old modelling book, but found it difficult to source until I found some at a reasonable price on a well known online site named after a river. There might be better and more in scale options out there but works well enough for my basic skills in 1/72nd/76th.

The black stuff I use for 1/35th, as you can see it’s a slightly larger weave, again found on the same site being sold as a material for Halloween costumes, it came in a very large sheet for next to nothing…it’ll last me the rest of my model building lifetime for sure,

The hay pile is a lump of DAS painted a dark yellow, in turn this is covered with yellow static grass, and then shadowed and highlighted with oil paints, the pitchfork/tools are from a cheap laser cut balsa set, they’re a bit ‘flat/2D’ but work fine at a quick glance, but I have sent off for the Langley stuff you suggested, to use where a more 3D feels is needed.

Hi Stephen, thanks for the heads-up on ‘Modelscene’, I’ll give them a checkout,

Happy to help.
They have all sorts of useful stuff. Figures, animals and livestock as well.