The intakes and rear fuselage needed quite a bit of filling to get rid of some nasty gaps. About the only issue I’ve had so far.
I used some Squadron putty first to fill in the biggest gaps, sanded that back and have now applied some Mr Surfacer to smooth it all over. 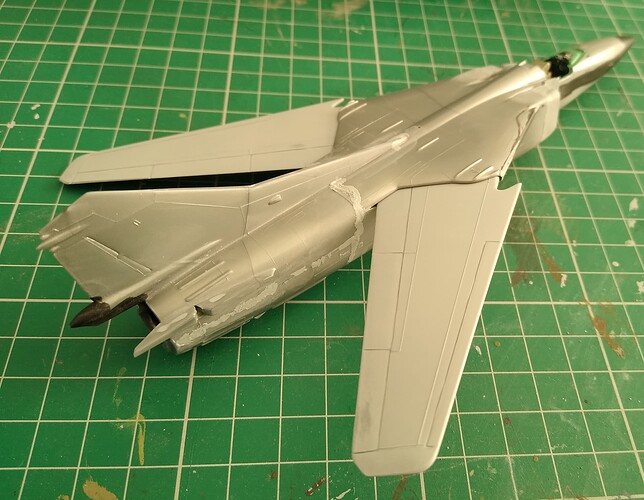 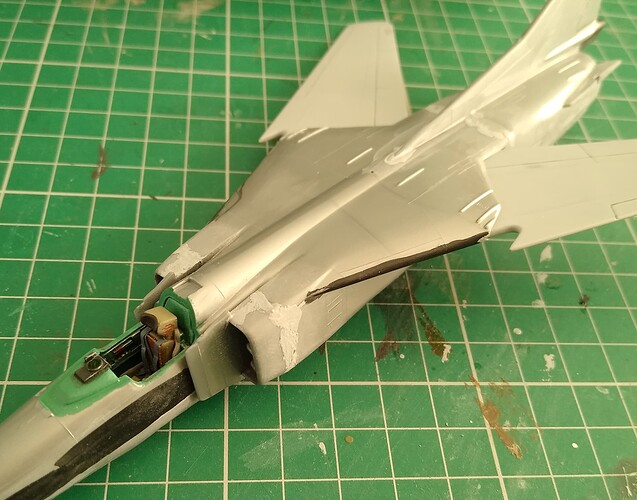 I’ll give it a night or two to fully dry before I sand it back.

I’ve also found the relevant weapons courtesy of Eduard’s Weekend Edition Mig-21PF. Eduard very generously provide an entire sprue of Soviet weapons in their Mig-21 kits. For the low price of the Weekend Edition boxings, they’re worth grabbing for all those spares! 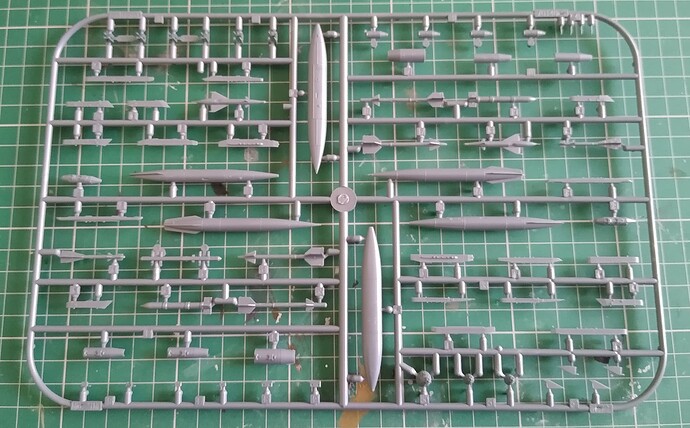 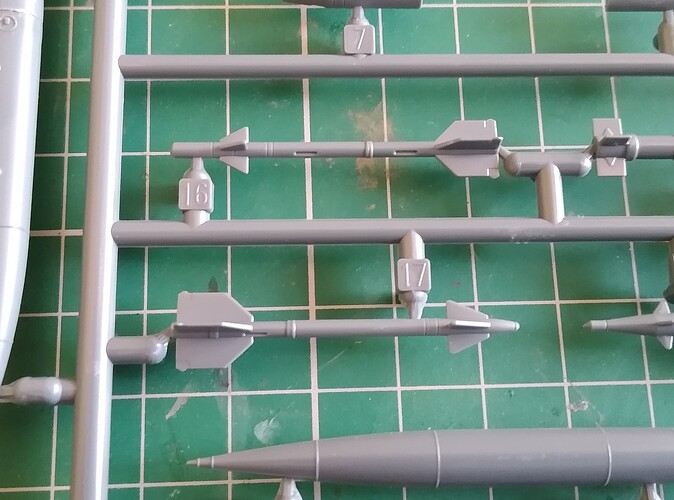 So, I have both of the R-3S and R-13M missiles that Iraqi Floggers frequently carried during the early years of the war with Iran.
During my research, I learned that the Soviets initially refused to sell them the R-13 and associated conversion kits for the Flogger. But, oddly they were happy to sell them the kits and missiles for the 21. Iraqi engineers just went ahead and fitted it themselves.

Undercarriage cleaned up and assembled today. Took quite a bit of work as there was a bit of flash and large sprue gates in some awkward places. 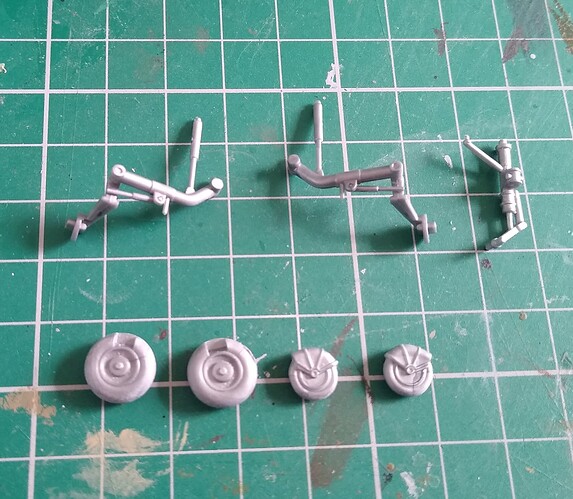 Yup, gotta love those Eduard weapons sprues. I picked up a few in 1;48 to help out on other projects.

Your Flogger is coming along wonderfully!

I was very surprised by what they gave you in that kit. I’m happy to take what I want for this project, plenty left to fit the Mig-21 out. Might do that one in Egyptian markings based on a profile in the Osprey Arab Mig-21 book. Probably with a pair of UB-16 pods.
There were a few surprises too. Like the MER bomb racks. Something I really wasn’t aware of the Soviets developing. But I suppose it makes sense when you think about it. The same train of thought that led to the US TER and MER, logically would have happened on the other side. Unless of course they got hold of wrecked examples from North Vietnam and just copied it.

Thanks for your comments. It’s coming along quite quickly now.

Thanks Russell,
It’s been quite enjoyable so far. Couple of challenges but nothing difficult.
The worst thing about it is that horrible silvery-grey plastic. All the joints, sprue points and mould seams leave nasty dark marks. More than once they’ve fooled me into thinking they needed more sanding. Sometimes they can look like raised areas. Constantly have to double check by feel.
I think this boxing dates back to their days with Heller. I remember a LOT of kits from the 90’s were made with this plastic. I’ve got quite a lot of Heller made from the same stuff. What fun!

The worst thing about it is that horrible silvery-grey plastic. All the joints, sprue points and mould seams leave nasty dark marks.

Think that’s everything nice and smooth now.
Will give it a light coat of black to check for any imperfections but I think it’s looking good. 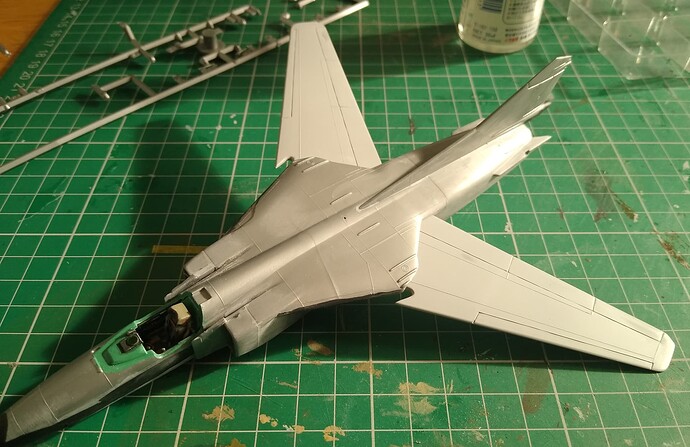 After being away from the bench for a little over a week (but spent the time eating gyros and drinking beer in Crete), I worked on some of the Mig’s more fiddly parts today.

The undercarriage doors in particular needed some careful work. Airfix moulded them in one piece and they all need separating. Thanks Airfix. 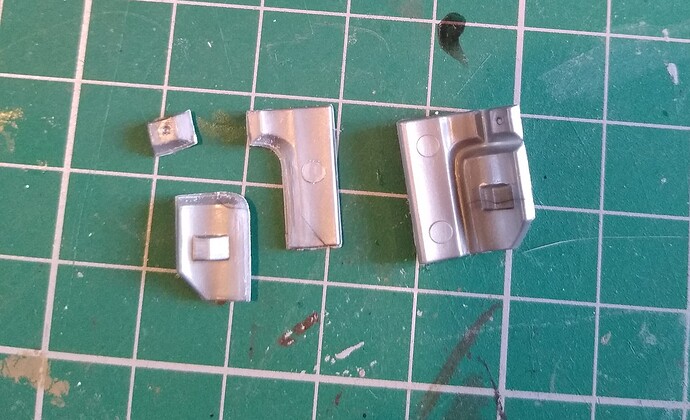 Today’s job, replace the kits rather simple missile rails with something better.

Eduard’s Mig-21 comes to the rescue here. These kit gives you lots of ordnance options, so
I stole both of the R3 and R13 missiles and their launch rails. Still leaves me with plenty when I get around to building the 21. 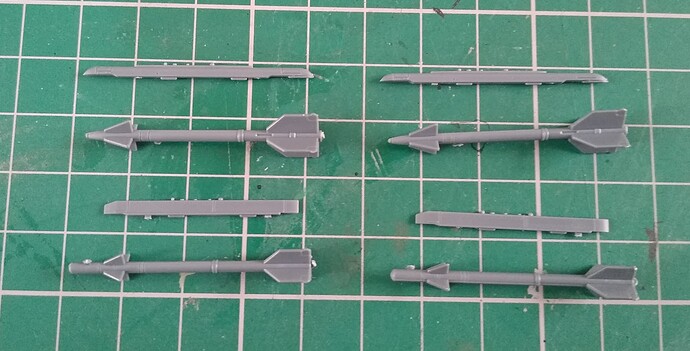 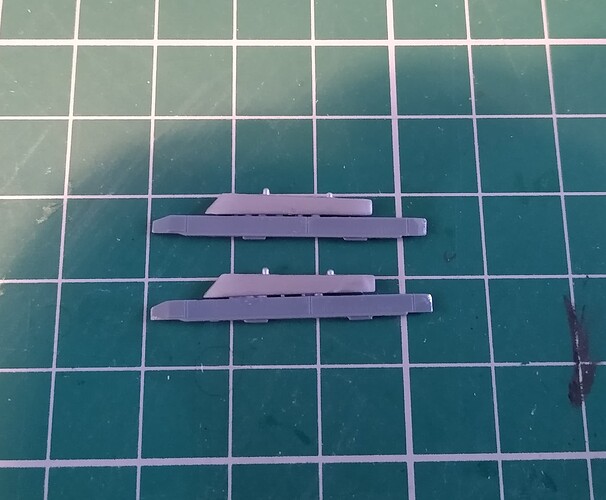 Next job is mask the canopy and start prepping for some paint.

Good job I did a test fit!
I think Airfix have the belly pylons a little too far back. 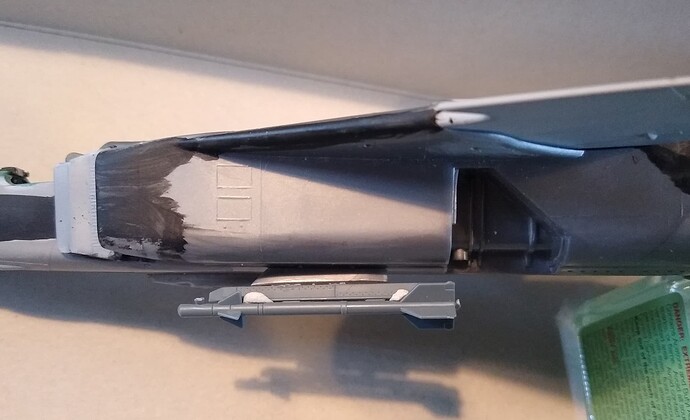 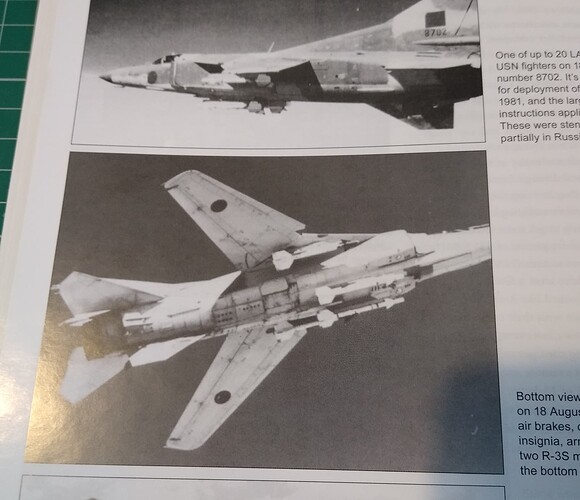 Think they need repositioning a couple of millimetres forward.

Think this looks a bit more like where they’re supposed to be. 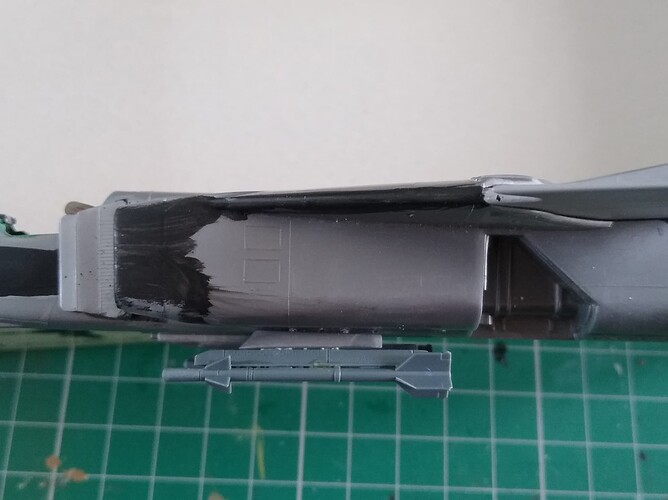 Apologies for my lack of updates recently.
The Sci-Fi campaign crept up on and I realised quite late in that campaign that I had yet to make a start on the Kazon Raider.
Rest assured that once that build is completed, the Mig will be back on the workbench. Just the painting to do now.