Not a kit, but the Dinky 152b is the only Morris Commercial D/CD out there, I think!

Interwar military vehicles are not something that a lot of model makers pay much attention to. Unless they saw action in WWII, the various transitional armoured and mechanized vehicles of the Pre-WWII period are pretty much forgotten. In many cases, modellers can’t even get kits of these types of vehicles.

A perfect example is the awesome Morris Commercial D/CD. This half-car, half-truck six-wheeler was used as a staff car by the British from the late ‘20s, but is virtually unknown today. As a result, if you want a replica of this cool, but obscure, vehicle, you’re somewhat out of luck.

Thanfully, Dinky Toys came to the rescue in the late ‘30s with its #152b, the Six-Wheeled Reconnaissance Car. Sure, the Commercial wasn’t really for recon, it was a staff car, but that doesn’t stop the Dinky from being a neat replica of an all-but-unknown vehicle!

While it’s not up to modern armour kit standards of detail, check out this cool little time-traveller at the link below. Who knows, maybe one day we WILL get a kit of this thing!

It’s a combination of The Great Gatsby’s style and WWII’s brutality. The Dinky #152b has it covered coming and going! If there’s one thing I love in a car, it’s six wheels. I don’… 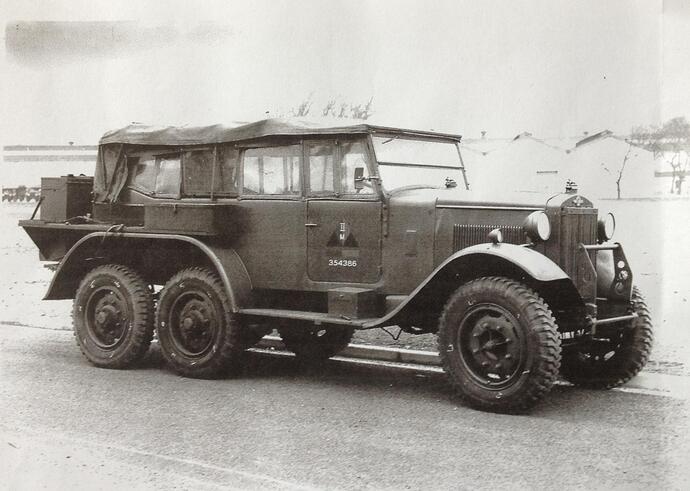 My oldest Dinky Toy (at least 60 + yrs ago) was a troop carrier. I’m wondering if it was based on this same chassis. It had two long bench seats in the rear with perforations for pins on the seated crews’ bottoms. The cab was open top. The vehicle was from the same era as the above model because it had similar smooth rubber tires - later releases had some kind of tread pattern. There was a removable covering/tilt over the rear. It was never listed in any of the Dinky catalogues I saw, and the vehicle looked really “old fashioned” compared to the other Dinky military releases, but appeared to be of similar scale. 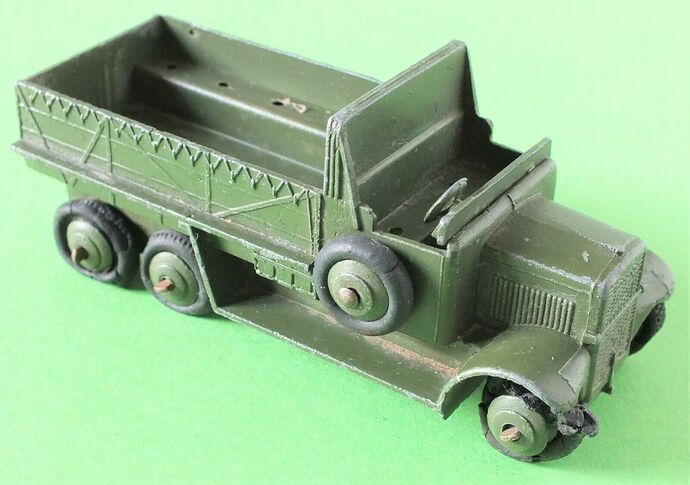 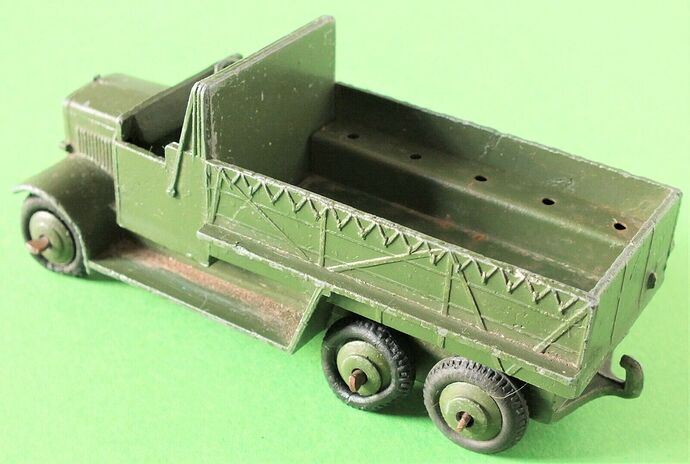 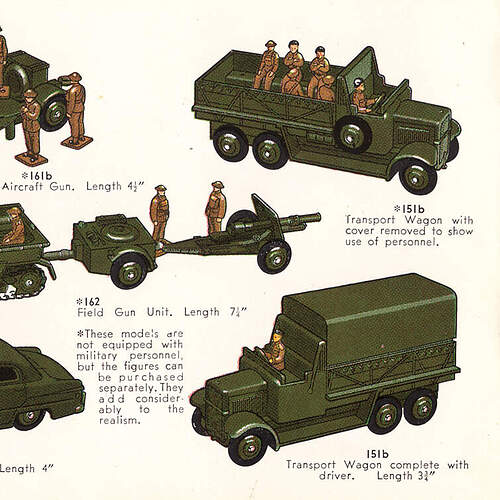 This one was originally released in 1937…For #151b diehard fans only :

I have that 151b as well. I use it to tow my old Anti-Aircraft gun (forget the number on it). I got it the same time I got the Six-Wheeled Recon Car. that old truck is neat, and with the removable top and all that stowage for troops, it makes a neat interwar companion for the 152b and the old, very tiny, Jeep.