Not happy miss the old days

Yes actually I do recall there were a couple of correspondents on the old site who reminded me of that Python skit – “Have you come for a five minute argument or the full half hour?” And to mash up a quote from Where Eagles Dare, if there is any ridicule we bring it on ourselves i.e. as John said most of us are our own worst critic - I’ve only ever used this emoji to describe my own work, and in such a way it isn’t censored by the Moderators…

I hesitated to post for years on the old site and for awhile on this site as well. One of the reasons I decided to post since I found myself commenting and responding to post more often was to establish my bone fides so that folks wouldn’t think I was jus blowing smoke out of my a**. It was important to me personally that I establish my credibility both as a modeler and one who has a modicum of knowledge to pass on at times.

As for people leaving well that’s their choice for whatever reason they choose to leave. In the long run things tend to even out. You loose some good/bad folks new good/bad folks join.

You’re talking about this?

Ahhh yes indeed, those were the good ol’ days when men were men & emojis were…emojulesque?

(Edit - actually no not those Jim, there was a bunch of smaller ones, in Armorama anyway)

I think to some degree the emojis shown in the features section circumvent constructive criticism that might be helpful to the builder displaying the feature. It’s always nice when you post a feature of your model to know why someone is rejecting it outright (pass emoji) while others ‘love’ it or think it’s ‘awesome’. I do believe a lot of people (probably out of laziness or lack of time) simply “check off” an emoji rather than leave a comment.
I remember on the old site there was one member who gave nothing but ‘thumbs down’ to everything posted that either wasn’t posted by him or his friends. He was a horses arse but probably caused a lot of first time posted to become one time posters.
Anyhow, just seems to me the emoji thing would be better suited if:
a) people would briefly comment as to why they liked the feature or why they didn’t (constructive criticism) or
b) if the reactions given were able to be linked to a member or name (I think this would discourage negative reactions that didn’t have an comment as to why)

I will confess to frequently using the pass, coffee cup with a slash icon/emoji on new products I have zero interest in, especially when the product is already grossly over represented. 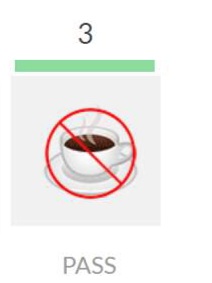 Not buying it, want to signal to manufacturer I don’t want more of that subject matter - already have practically two 1/35 Panzer battalions of Tigers & Panthers.

Now another regiment of Pz IV’s is always welcome! 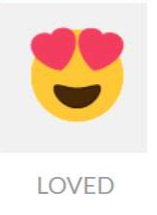 Thank you creading! Where is the love emoji? LOL

For features/articles/news items it is here: 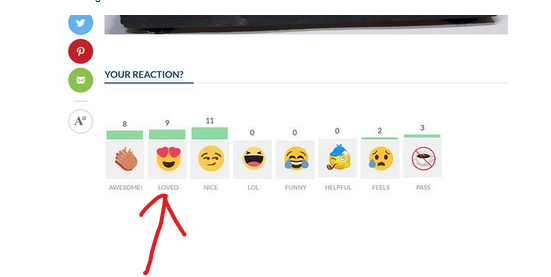 For ordinary posts it is here:

I find that being lurking around then suddenly comes up and complaints about how the forums run is a bit funny.

You are here, you can help people as well, you have the experience, you have the knowledge, you can give your inputs to the various posts and sway the balance. But, no, you waited until it gets serious, serious enough that you no longer lurk, to announce your dissatisfaction.

From a retrospective, there are members like you over other forums for other subjects, too. Only showing up when when thing is dire with vague intention of improving the place, and it is baffling.

And before you say that I ridicule you. I fall in the group what you described: Active but don’t show works.

I don’t have that many models, I’m not good at painting, I do it for the joy of assembling and enjoyment of the history. Also, you can check my profile, maybe I used one or two emotes for my hundreds of post on this forum.

My takeaway from this discussion is that I need to use emotes judiciously or risk flaming greased weasel pooh splatter which strikes me as extraordinarily unpleasant.

I miss the old days too, so I’m a lurker. Maybe when I retire I can learn the new site. I also miss the conversations, both online and offline, there was so much to learn. I also miss the old campaigns, looks like they still have them, I just don’t know how to participate. Part of the problem is my computer died so I just follow on my phone or look through the emailed stuff while I’m at work. Keep up the good modeling!

I should clarify that I have not witnessed any outright badgering of any members recently. What happened was way back in the past on the old site.

The main perpetrator is gone. He tried to make a comeback several months ago but his poor grammar and nasty attitude give him away whether he’s Tony Denazo or Beentheredonethat. Under his own name he was effectively disappeared from the old site Stalin style. All of his ramblings ere completely deleted. As if he’d never existed. Hence my “1984” reference at the end of this gem:

Where did Iran get the hulls used when upgrading “something” to the Safir-74 configuration? " Crucially, with the advent of the Iran-Iraq war, the West and East seemed to take sides, and while Saddam’s regime was backed by Westerners (but received equipment from USSR and China also), traditional Iranian defiance towards USSR declined but still made China, now antagonized towards USSR a natural provider. 480 T-72, 75 T-62, and 540 T-54/T-55/Type 59 were obtained. In addition, North Korea, but …

I seem to recall them disappearing people and events in that book as well.

Well, speaking for myself with regard to the emojis, there’re just soooo many models and too little time to comment on every one of them. I somehow feel it’s better to give a modeler a “I heart (your model)” than to simply look it over and leave no impression at all. I do comment on some threads, but in total, I look at a lot of different models here. I’d spend way too much time here if I tried to comment on every one of them.

I’m not sure about the other part of the OP’s observations, the one about “knowledgeable members getting harassed and leaving.” I’m not sure at all who he’s referencing or what specific incidents he might have in mind.

I can say that I did leave the old site for several years because of my personal impression with regard to some particular behavior that I didn’t want to be seen as condoning or contributing to. That was then, though.

This new site has some built in features that allow the broader forum community to have a considerable amount of influence on what is and what is not acceptable behavior. The new format and site design has taken some getting used to, but overall, I think the new forums are an improvement.