Assault Models released a new figure, again produced by 3D scanning the real person. The figure is released in two different scales... 1/35 and 1/16. Check it out. 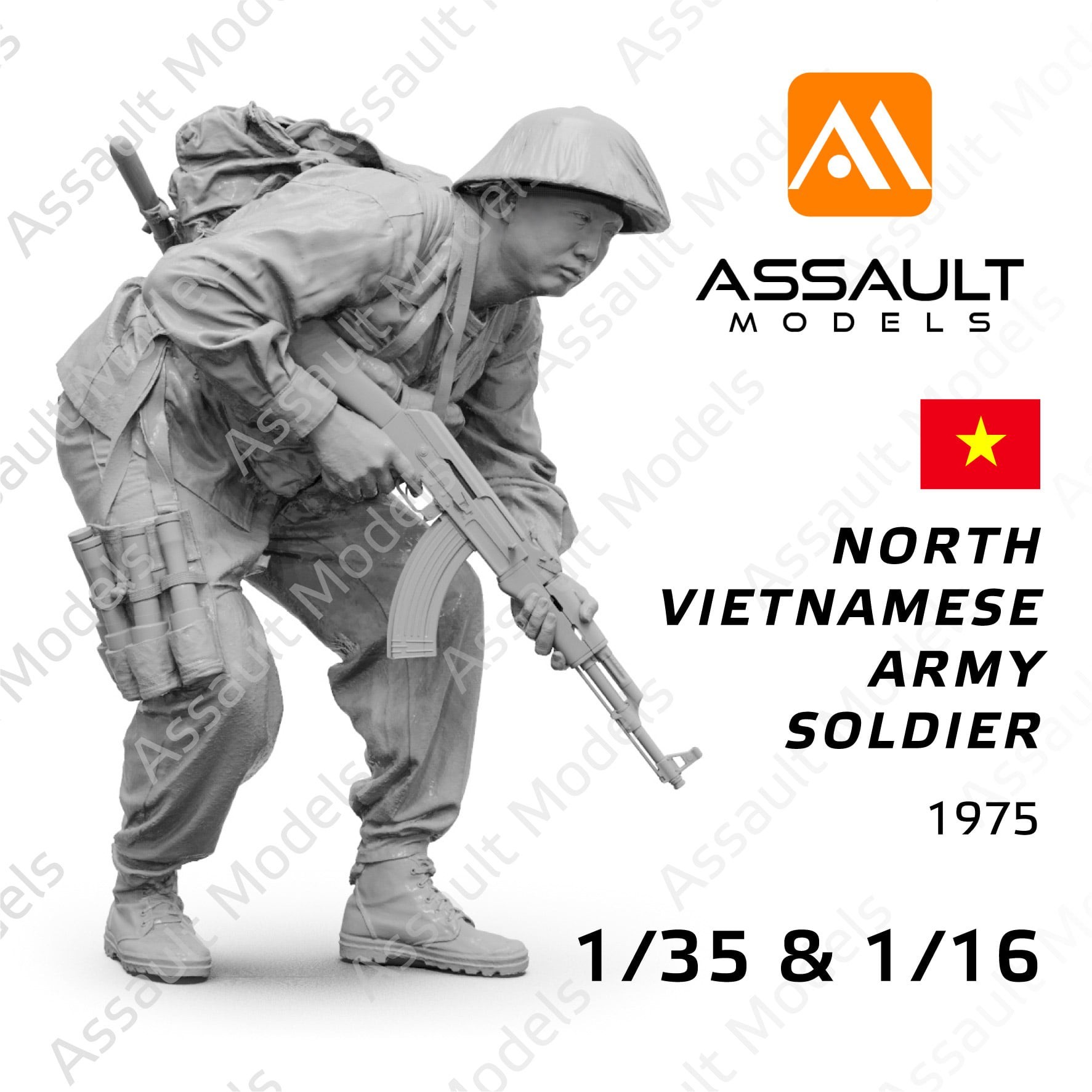 This is partial text from the full article (usually with photos) at https://armorama.com/news/nva-soldier-in-two-scales
1 Like
Seanmcandrews November 19, 2021, 2:16pm #2

Looks like well detailed figure, but he looks more Korean to me than Vietnamese.

I find that equipments are not right neither. These grenade attached to the thigh are not practical, doesn’t how poorly or well trained they are, impractical is impractical. The web gear from China or Soviet have slots for them on the abdomen.

The AK is holded with “C clamp” style, which almost never happen back then.

The uniform look a little more modern than what they had. The boots don’t seem right, like they are too high and not in the same style as the Vietnamese combat “boot” of the era, which are more canvas shoes than boots.

The pose is indeed unnatural, they would bend the knees more with the back straight if they want to keep low profile.

Sorry for the nit pick, I grew up in Vietnam and have many former North Vietnamese Army relatives and current member friends.

Could you change the title to “North Vietnamese Army”, please. NVA is the usual and well known abbrevation for “Nationale Volksarmee der DDR”, the former East German Army. A bit confusing.

NVA is also the well known acronym for the soldiers of North Vietnam for the past 56 years. No need to change the title.

It is indeed; I just keep forgetting - to those obsessed with NATO’s Central Region though we always react to “NVA” differently, including presumably, Torsten (from the earlier post).

Sorry to see so many less than positive assessments for this figure but I have to agree with them all, first look I thought “looks Chinese not NVA Regular”, the sculpting is well done though agreed it’s a peculiar pose and the boots don’t really resemble canvas high-top sneakers.

On the naming topic, we can call us the VPA (Vietnam People’s Army), which is our official name.

Just as noone says the the South Vietnamese Army (SVA), but Army of the Republic of Vietnam (ARVN).

The pose would do well as a stand alone figure in a vignette, such as stepping under a tree branch while on patrol, or crouching in a tunnel. I’ve been in one of the North Korean tunnels - you definitely need to wear that hardhat they give you. I’m sure the NVA didn’t make them too much roomier.

Looks like well detailed figure, but he looks more Korean to me than Vietnamese.

Being half Asian and having been raised in Hawaii, I used to fancy I could differentiate between the different Asians on the island. And I could. But it turns out it may have been due more to other subtle clues such as manner of speech, dress, and so forth. My wife, who is 100% Chinese is horrible at it.

My DNA map from Living DNA shows how similar the DNA in Korea and Vietnam is: 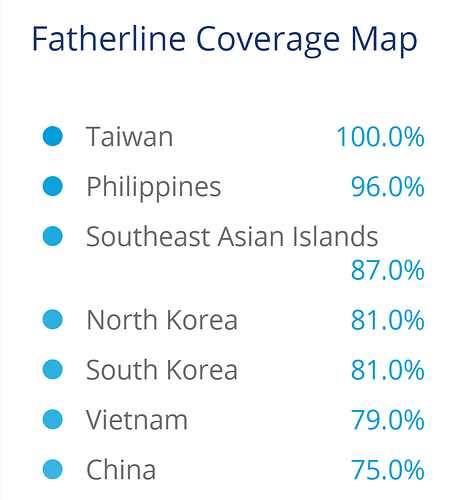 If you have a secret please do share it.

Definitely from the Non Vegan Army…

I get what you are saying about the grenades and having pockets on the chest rig for them. However, the four grenade pouch on the leg looks to be of the same type that was also part of that era of web gear- it held four stick grenades as shown- though sometimes there was a flap at the top too. The pouch had a long strap for wearing on the shoulder.

Picking up on what @18bravo said regarding the pose- if the figure was, perhaps, in a tunnel or enclosed space it might be more convenient to wear the grenade pouch down lower (in reach of his dominant hand) rather than have it moving about behind him on a shoulder strap and harder to get to. I’ve never seen it worn like this on the leg- but having said that I could only find artworks in an Osprey book showing the grenade pouch being worn on the shoulder strap. I’m sure it could have been easily rigged onto the thigh if the user wished to do so.

If anything, the Vietnam’s tunnels are smaller. One does the “crouch walking” in the tunnel, because the back is straight and the gun is in ready, not bending the body like that. And most importantly, the soldiers in the tunnels didn’t wear full gear with backpack, as you already know that the tunnels are small, there simply no space for such.
The tunnels are meant to ambush and reconnaissance, not to deploy full force infantry.

Even if we ignore these incorrect equipment, the full gear soldiers are from the VPA main force, not guerrilla combattants.

@Karl187 The grenade pouch were indeed used, but placed the waist, not thigh. Those with flap were used more as utility pouch than grenade pouch. Granted, I forgot about them.

The model is details, which one would expect in 2021. But the accuracy is very up to debate.

Yes I think you are right there, the waist would be the more obvious place to mount the pouch. What you say about the backpack is sensible too.

Correct me if I’m mistaken…wasn’t this image scanned from a photograph?

No secret and not meant as a derogatory comment at all. To me, the more round face just looks more Korean. Others may see it differently.

@BootsDMS Brian, I get annoyed when I see German stuff as I’m used to the North Vietnamese Army and the Vietnam war. lol