I scored the 1/48 Tamiya Heinkel He 162 Salamander at Atlanta Con several years ago and decided to try something different. I had never seen an example of an aircraft painted in an Oak Leaf pattern that was utilized on German uniforms. I have a download of a 3 tone oak leaf, and sort of reverse engineered it. I had no idea how I would mask it, so brushpainting it is! I used Vallejo and Tamiya Acrylics, and I forgot that the orange is actually a part of a rusting and streaking kit and it builds up on the surface. So, it’s not anywhere close to museum quality, but I figured someone might get a kick out of it!

Thanks for looking and Laughing! 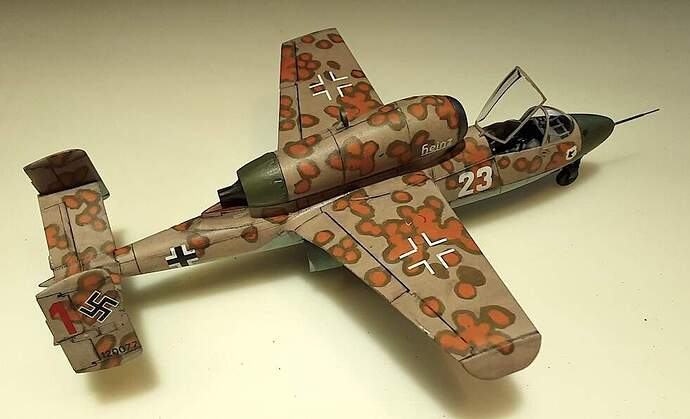 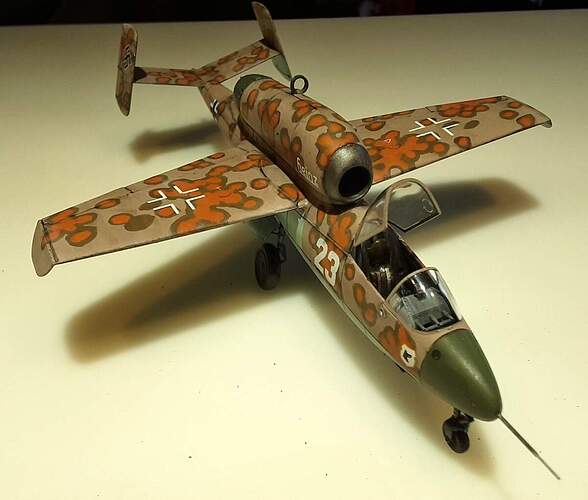