Already some time in my stash, maybe the forum motifies me to build it. 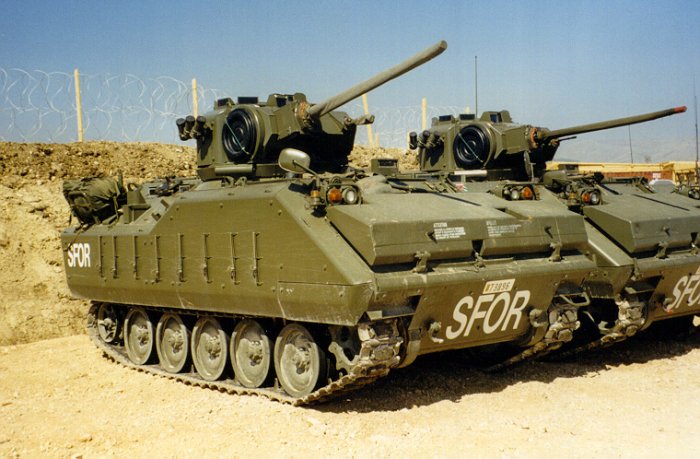 building the period 1992, my first turn in ex-Yugoslavia ( Serbian Krajina) 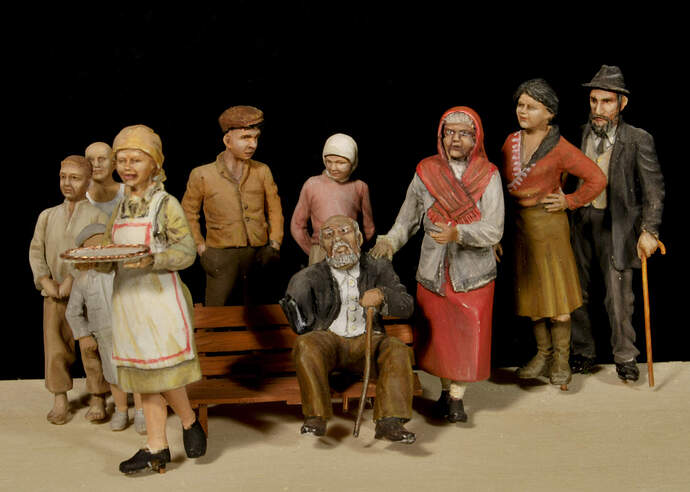 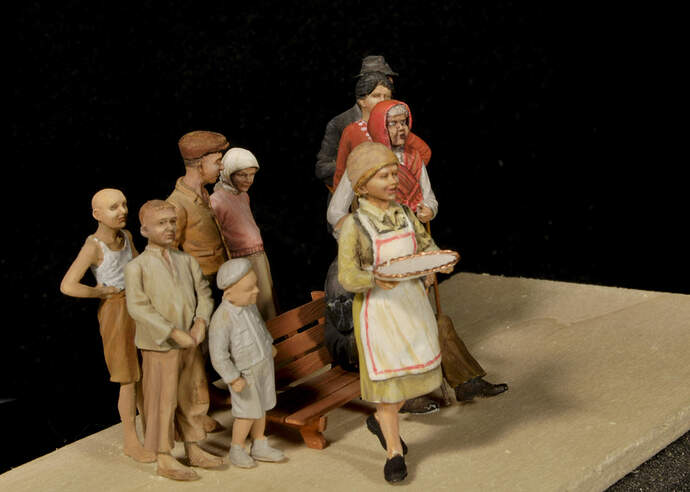 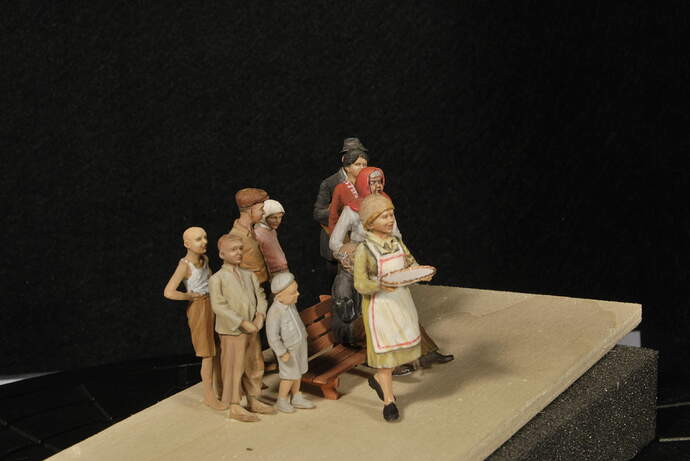 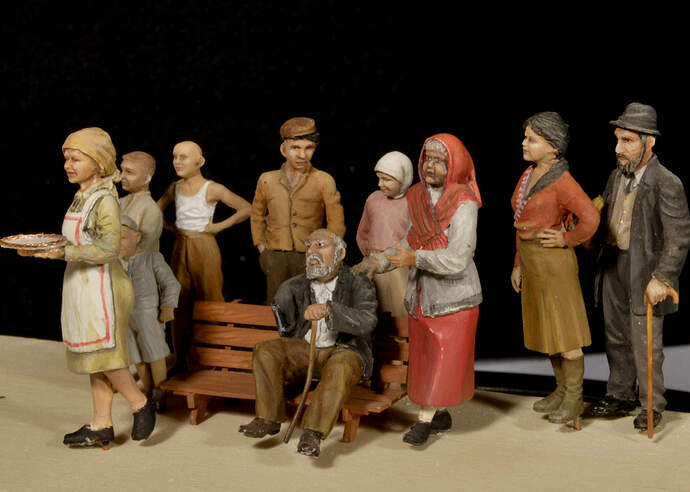 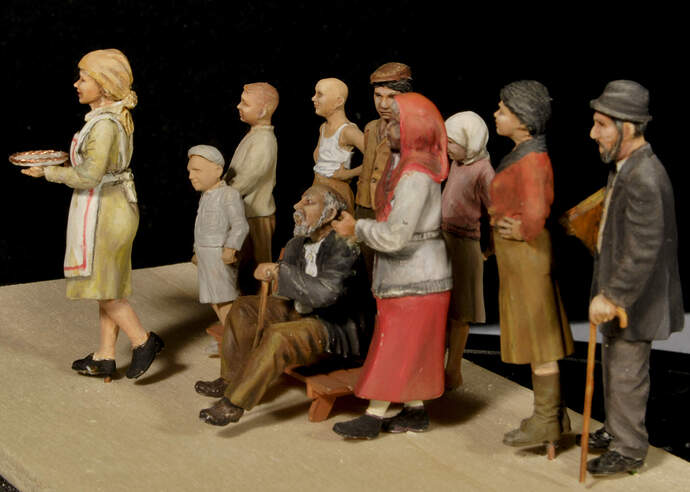 As far as I know, SFOR was established later in the 90’s, after the Dayton agreement, somewhere around 1995/96.
In 1992 the UNPROFOR mission was active (I was a member of that mission in 1992 and was based in Croatia),

Are you planning to build an UNPROFOR (white) version?

You are correct, as I wrote the photo was token in Bosnia without date (sorry) on my 4 tour in ex-Yugoslavia.

In 1992 I was in the Belgian sector between Osjek and the Hungarian border, the river Drava and the Donau. And yes it will be the UNPROFOR (white) version.

Nice, I am anxious to see the build.

I was in Sector West (Daruvar, Jasenovac, Grubisno Polje, Okucani) as part of the Jordanian Battalion.
So even there we were neighbours.

Start building, have to skip the first step because of the painting.
build the second step, starting the 3 looking a little bit surprised.
Knowing it from the old kits, but it’s the first time I have a new kit that doesn’t fit.
The lower hull is a little bit deformed so the upper won’t fit exactly.
Broth some supports on and used a hairdryer to heat it carefully, let is stay overnight hoping after cooling down it will stay in the right position. 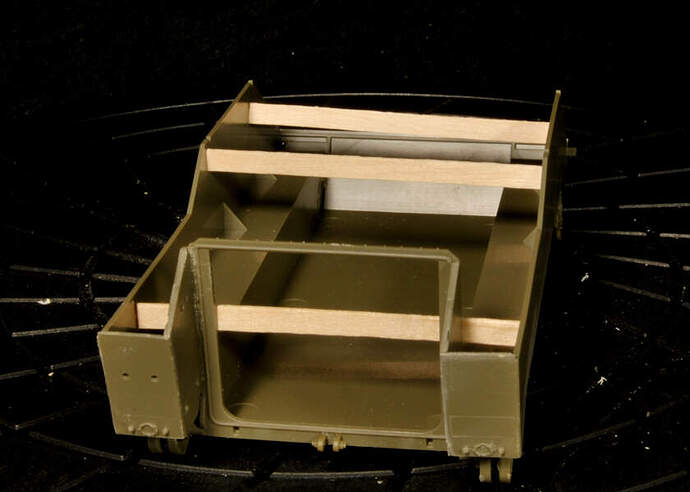 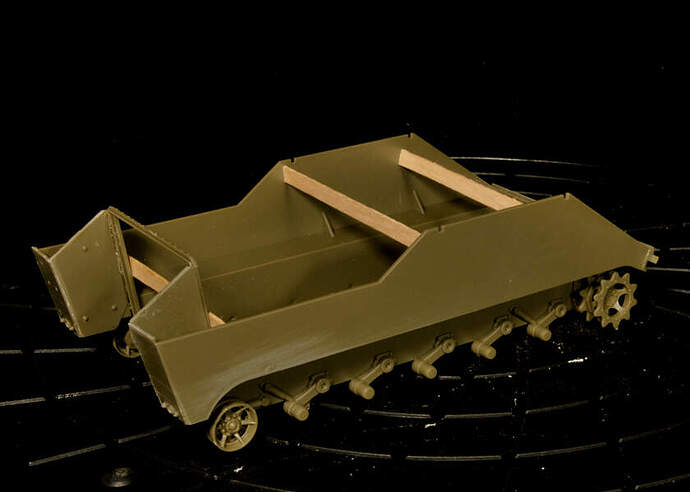 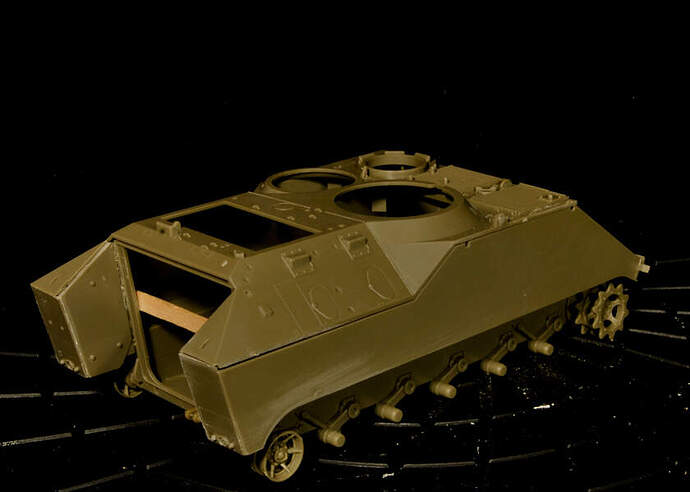 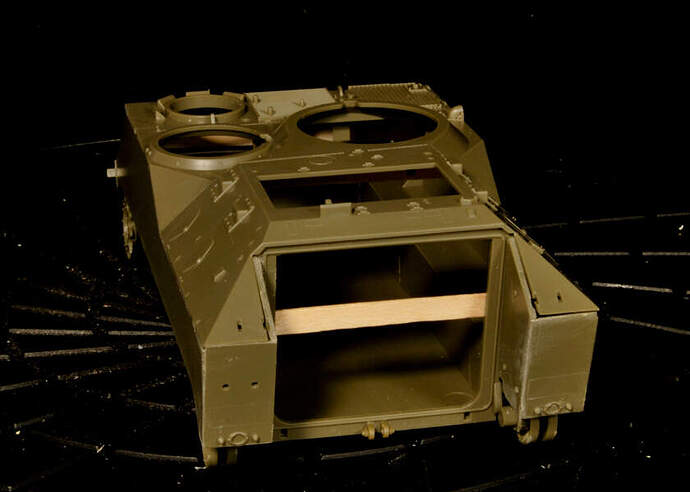 As far as I know, SFOR was established later in the 90’s, after the Dayton agreement, somewhere around 1995/96.

IFOR went into Bosnia around Jan/Feb 1996. They were relieved by all the subsequent SFOR rotations up to 2005, when EUFOR took over the Bosnia mission without US forces. A small US task force rotations remained thru 2007 to follow up on the PIFWC situation.

Plenty of timeframe for Belgian armor in former Yugoslavia with the BELUKOS missions in Kosovo including Scimitar and Leopard 1A5BE! 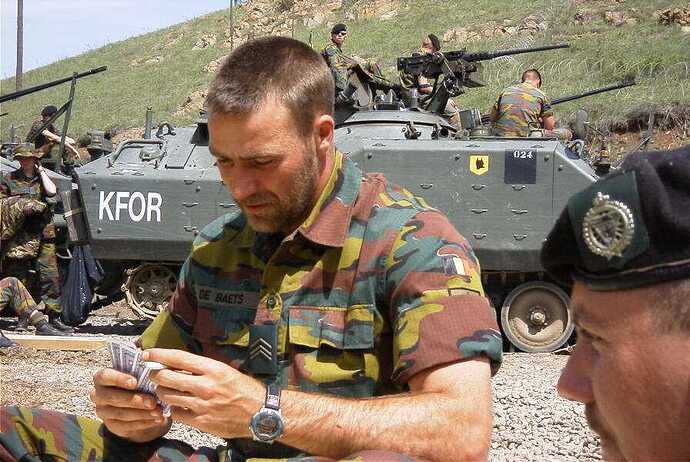 Typical for al those missions, you have to be there observe/report and waiting for orders. Kill the time doing nothing. Nice photo, know the people it was my Bn there.

Following with interrest! Served as a signaller for the Dutch army at Belbat in Beli Manastir from September 92 to May 93 and have enjoyed my time with the Belgians and Luxembourgers.

Thank you,
The box I use is normally for a Dutch YPR, the Belgian vehicle has some small differences so I have to scratch some parts ore leaf some parts away.

Spend some time on the right side of the vehicle, measuring, drilling and fit the clasps (hoop it’s the right word). 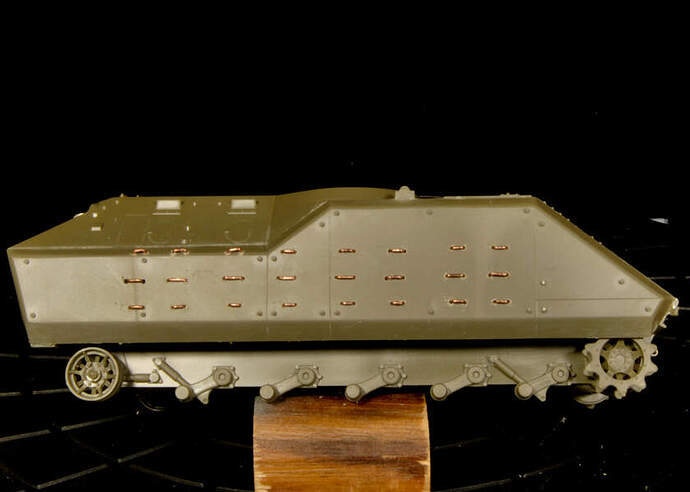 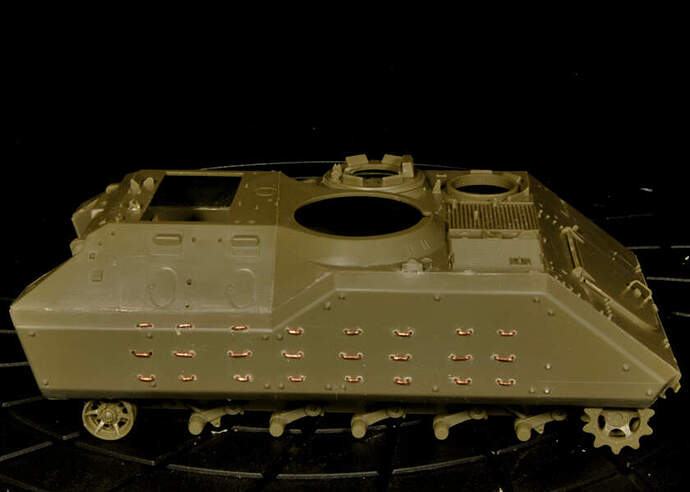 starting tomorrow on the other side, lucky there less.

Will you make it carrying the .50? Think Belbat did not use vehicles with the Turret carrying the 25MM gun in 92/93? (Been a long time ago so not sure…)

It’s some time ago, but when thy brought in the Vtg for the Coy I think the C25mm was part of the contingent.
The first two rotations BELBAT 1 and 2 were without Armor vehicles, so you are not mistaking.
The only AIFV in that period where in the HQ indeed without C25mm as commanding post.

Inside Darda Castle winter 94, photo is of a friend 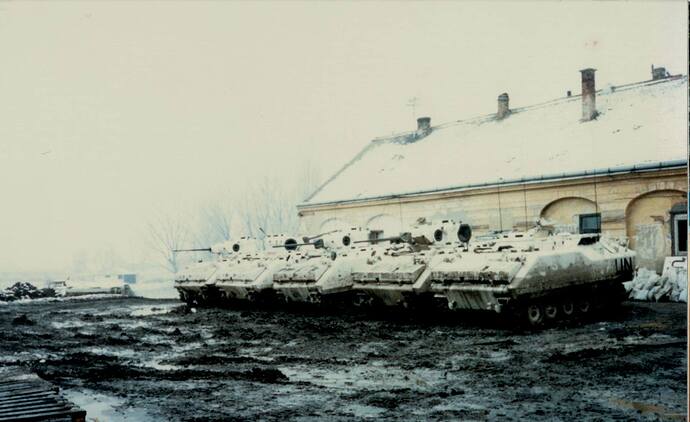 Well, was sure you knew much more about modern Belgian Armour then me.
So, many thanks for the info!
I indeed only remember seing the ones with the .50, think at the checkpoint near Osjiek and at BM HQ. But it was so long ago…and at that time I had more fascination for the Humvees the Luxembourg Army detachment was using. Awesome machines!!!

Will follow your progress with this model, good luck with it!

Still building and converting the Dutch YPR into a Belgian AIFV C25, small difference but a lot of work. 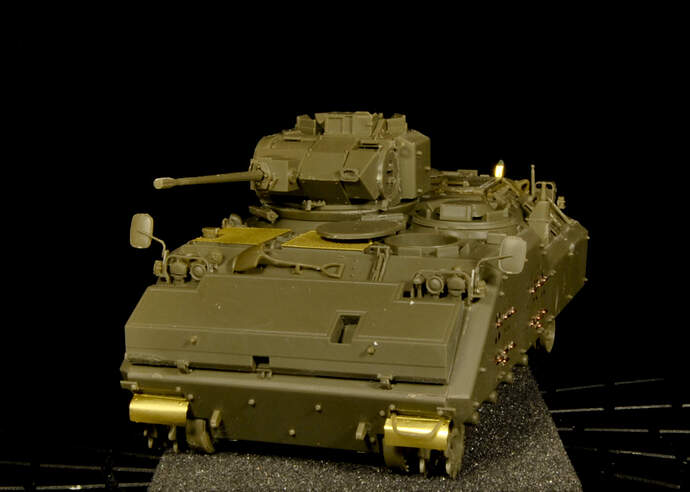 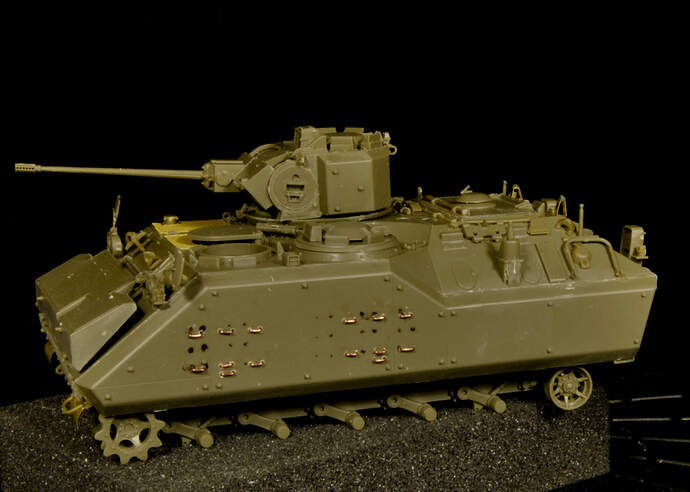 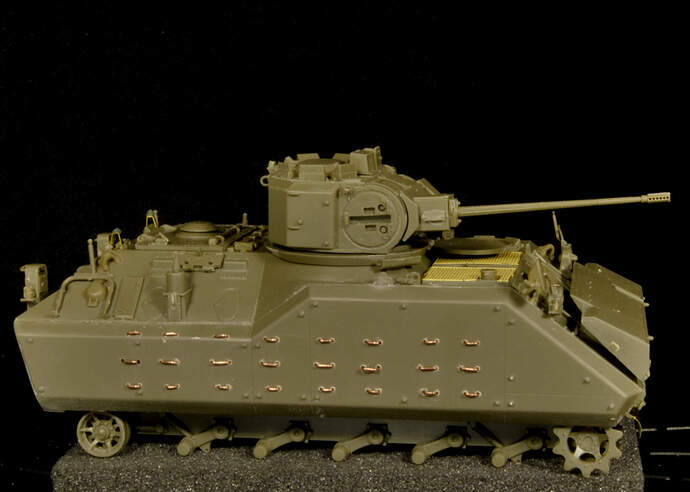 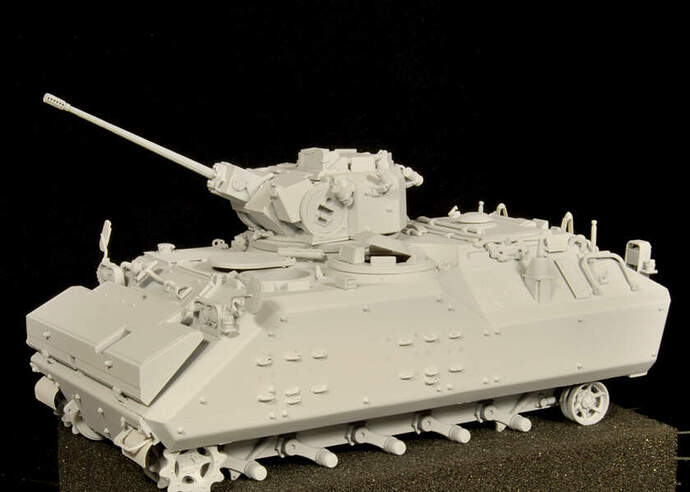 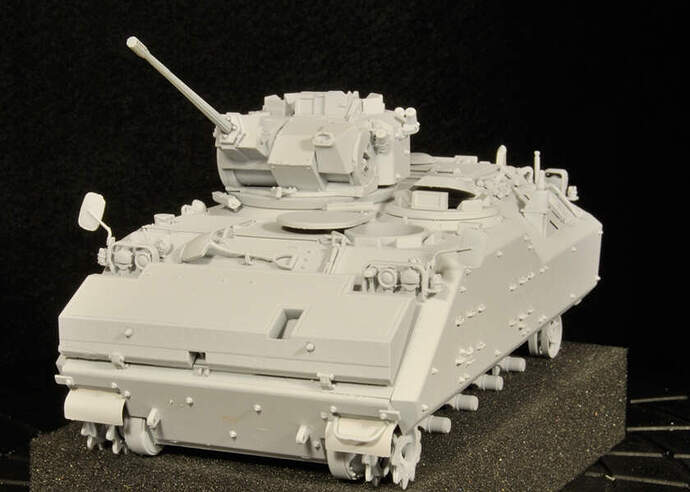 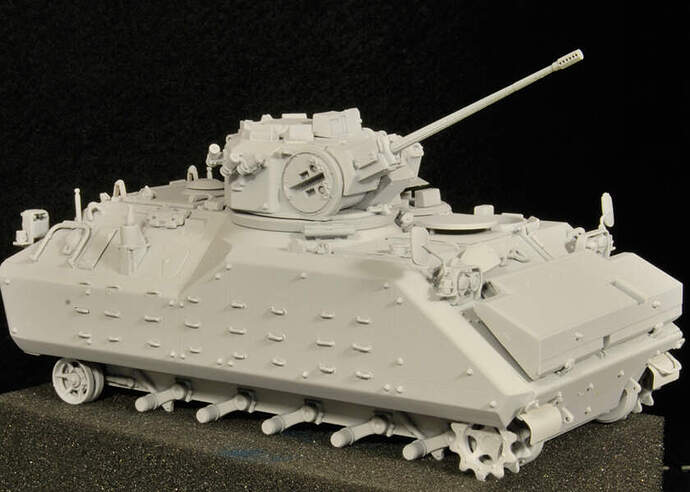 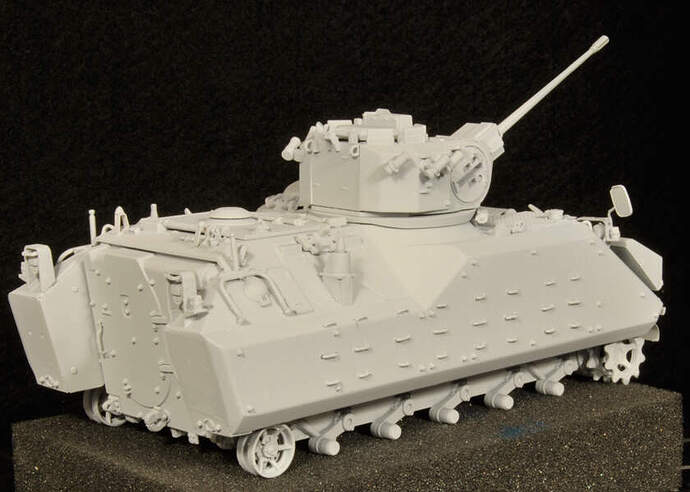 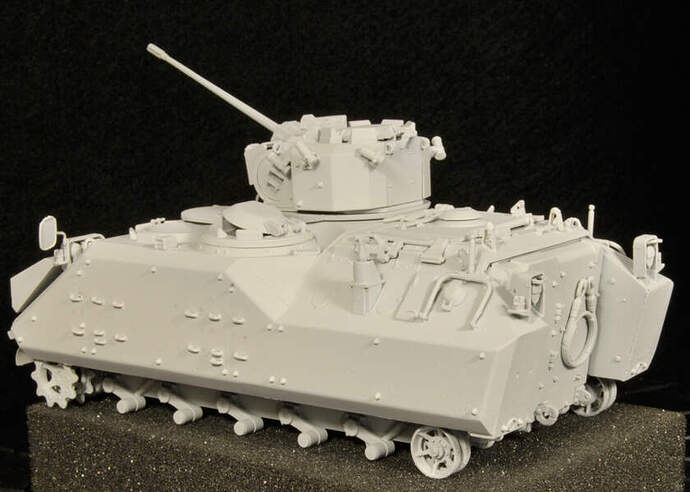 White is a difficult colour for weathering I noticed, still a way to go. 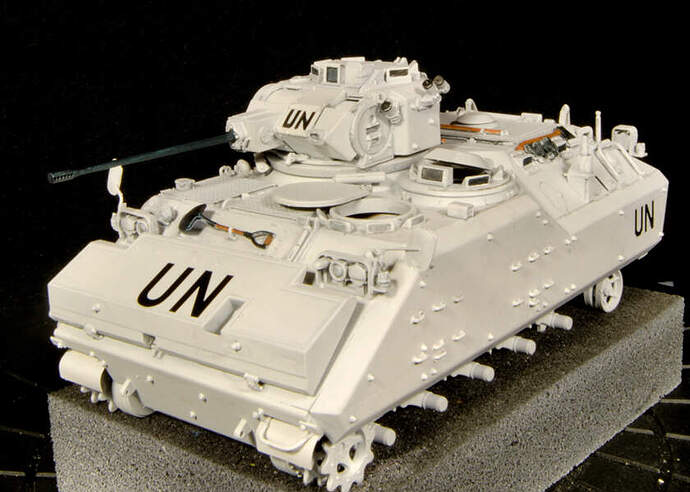 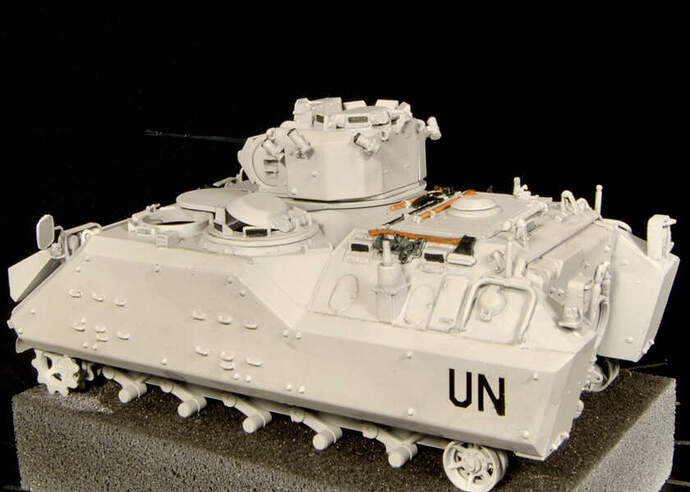 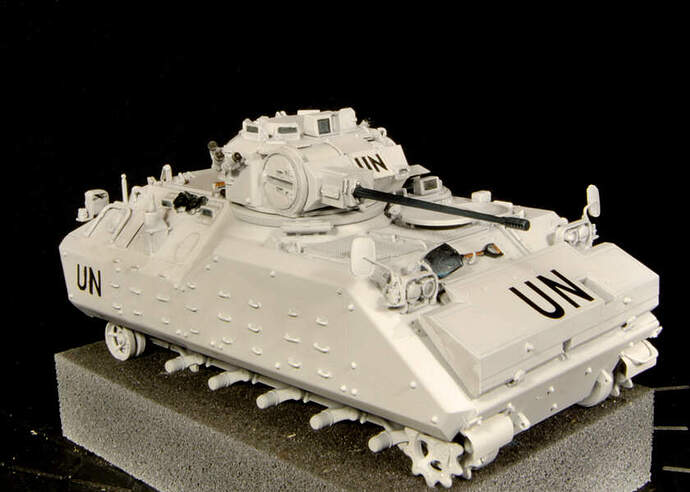 Great model. That vehicle looks like the results of an unholy union between an M113 and a Bradley.

It is, the base is a M113 and developed to have some better protection and direct firepower for the infantry.
The US army has choice for the Bradley at the end, probably the best choice.
Some other country have chosen for this vehicle ?