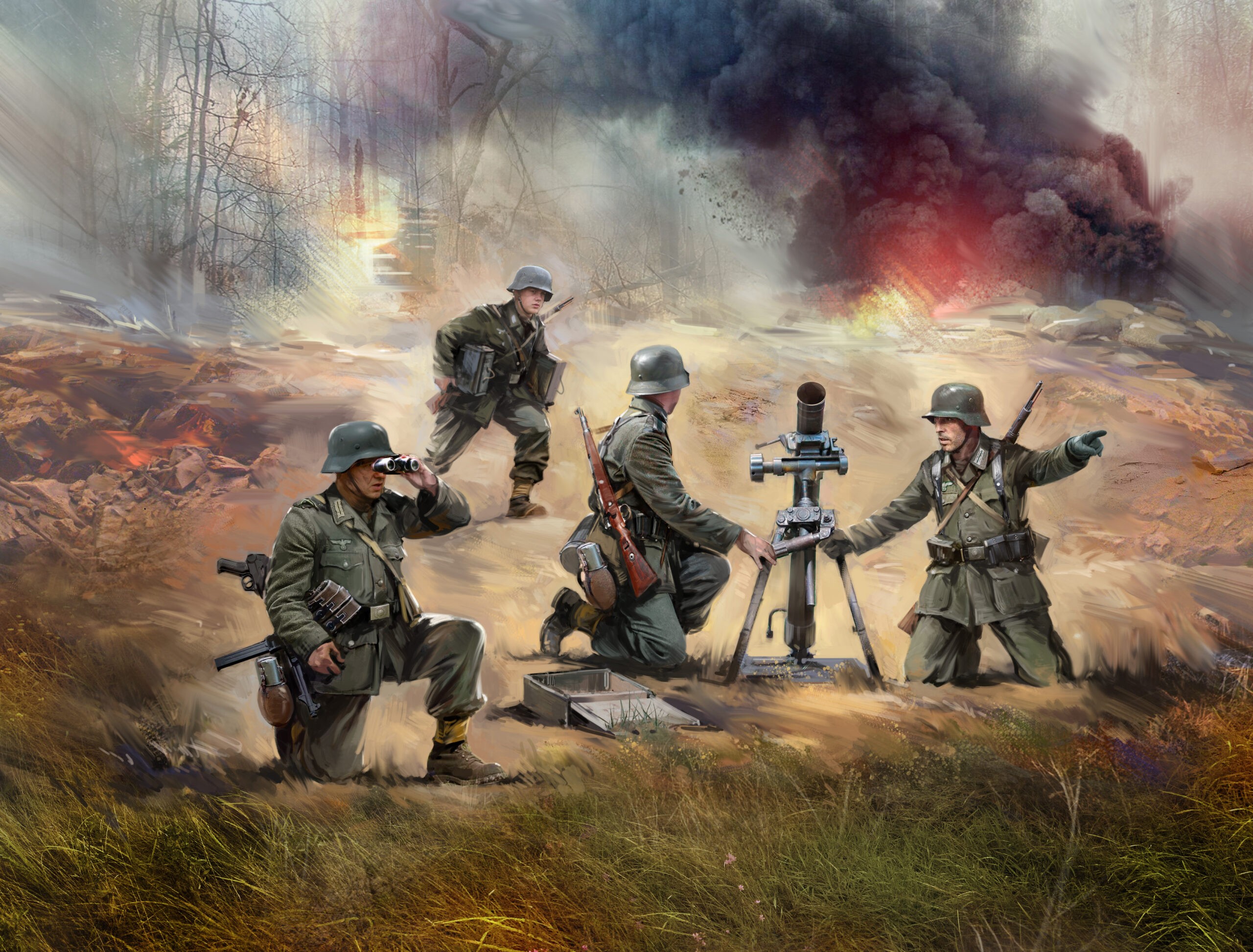 This is partial text from the full article (usually with photos) at https://armorama.com/news/on-sale-ww2-german-mortar-grw-34-with-crew-acrylic-paint-set-for-wwii-wehrmacht-infantry
1 Like
Stirling_Lowery November 21, 2022, 12:34pm #2

Looks like the crew are wearing tropical uniform - which is a nice
difference from the Tamiya mortar set wearing ETO uniform !

Sorry, looks like standard kit to me. Late war with gaiters though, which means they could be painted as SS in “Pea Pattern”.

Take a second look at the type of boots they`re wearing .

Later in ww2 many have been outfited with this shoes.

I see what you mean by the binocular guy’s footwear - there don’t appear to be any gaiters.

The mortar rounds appear to be overly simplified. I’m pretty sure they had 12 fins, not 4.

Hmm, you may be right about the guy with binoculars. He does look as though he could be wearing canvas and leather desert boots. Perhaps I was influenced by the box art which definitely shows them in Field Grey, not tropical uniform, and in a European setting. It’s hard to say with the other men. They are all wearing gaiters which is appropriate for the desert or for later war uniform. In any case the later “Keilhose” could be gathered in by buttons at the ankle, which would produce the effect seen.

Late war to me also, minus old mate with bino’s, either way desert/ late…all the better as its good to see no jack boots on any of them.
This is also interesting as this set were “Masterbox in process” last year. Is Master Box and ICM collaborating kits now? 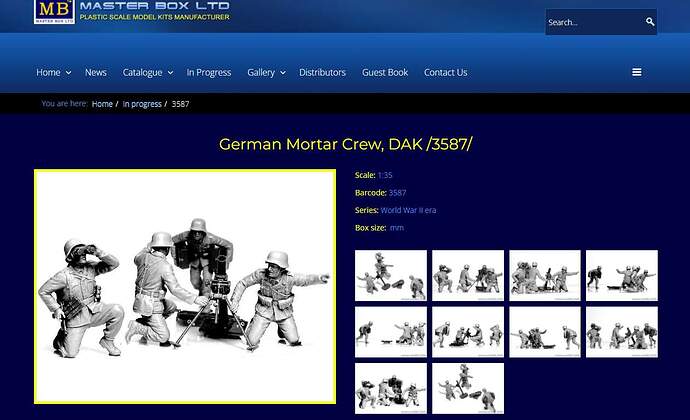 Scalemates have the Masterbox version of this being from 2018 as a future kit and described as DAK, which would explain officers pants maybe.