I am looking to see if anyone has a spare nose intake for an early P-51. I am building the AM P-51A/tac recce F6-B. They have supplied the wrong nose with the long skinny intake instead of the wide short one that was one the 51A. Hoover, they supplied the air intake cover for the wide intake…. Not sure how they messed this up.

Unfortunately I didn’t realize it until I went to put the air intake on. It’s undersized for the wrong nose. There is no way I am getting the old nose off without damaging the plane so I am looking for the cover for the narrow intake. Here is a picture showing the oversized intake (undersized nose). 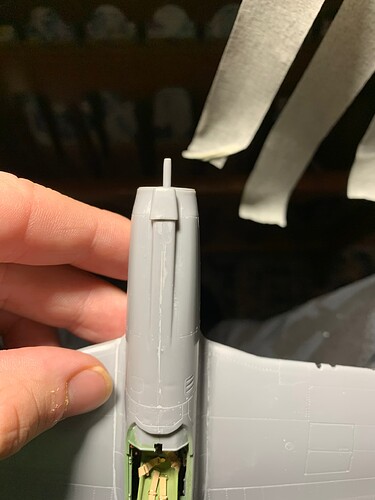 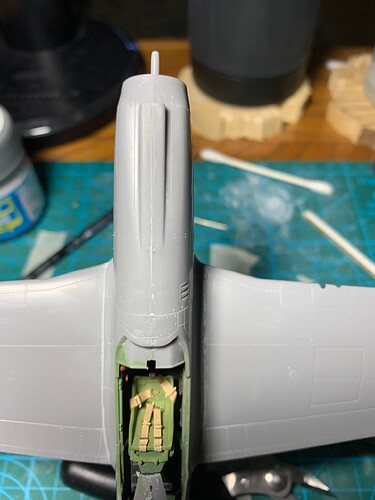 So does your aircraft need that wider intake?

I wonder if it might be possible to build up the trunking behind it with plastic strip and putty?

I either need to build up the intake somehow. Strip styrene might work, though the shape might be hard to get out, or I need the smaller nose piece. 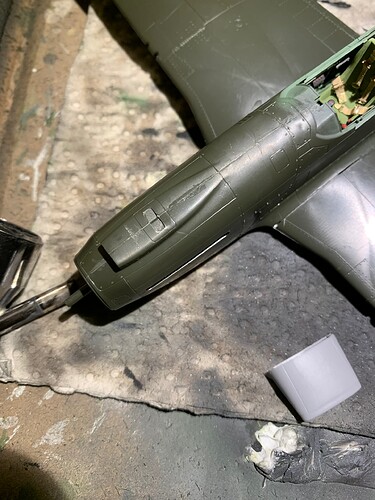 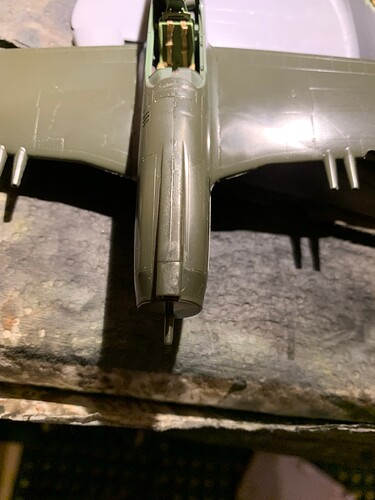 Ah I see. Yes that bulge out could be difficult to get right. I thought it might have been straight like the slimmer. Was that for a tropical filter? I don’t know much about the early Mustangs.

Could it be possible to sand back the intake part to fit? Or maybe make a cast from one of the other kits?

I think I have three options.

I’m not sure why the intake changed but only the original P-51 had the narrow one. The P-51A and the A-36 Apache built on the P-51A airframe both had the wider nose

Here is the spitfire scoop next to the correct scoop

It’s a tad short but looks almost identical in countour 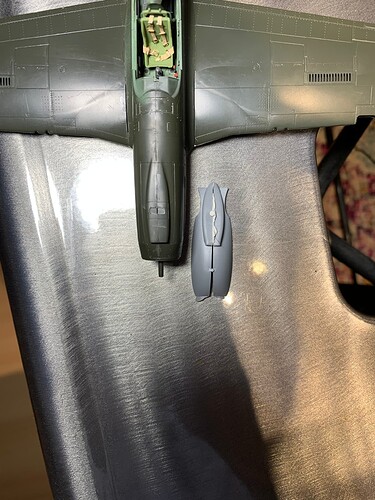 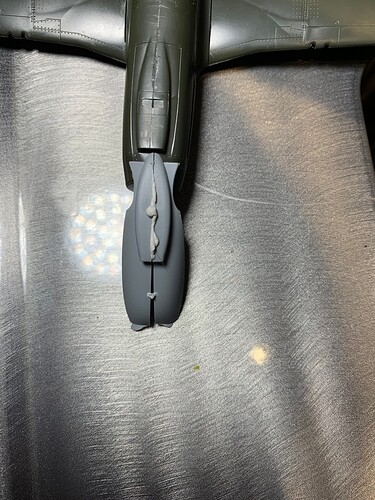 I think that’s already about the right shape. I’d work at that and see how it looks before making any cuts to the model itself.
From what I’ve found from a little Googling tonight, it looks like the A’s and A-36’s were used on the North African and Far East fronts. If that is indeed an enlarged housing for sand and dust filters, it might only have been fitted to aircraft in those areas. But that’s just a guess on my part. I’m not an expert on Mustangs!

Neither am I, I’ll try to do more research. I am doing a specific aircraft called slick chick that was held back state side for testing, unfortunately I can only find one picture of it. I’ll try and see which nose it has. Would be nice if I just had to file down the nose cap.

If not I think the spitfire one can be made to work. It appears to be the right shape or very close to it, and being wider than the kit part I think can likely go over top without cutting the kit part. I’ll have to do a bit of work to reshape the kit part near the back though as the wide scoop is a bit shorter than the narrow one

Supposedly a P-51A, note the four wing mounted 50 cals instead of cannons. Appears to be in Mediterranean/ North Africa colors with narrow intake. Guess it’s possible some of them had narrow intakes 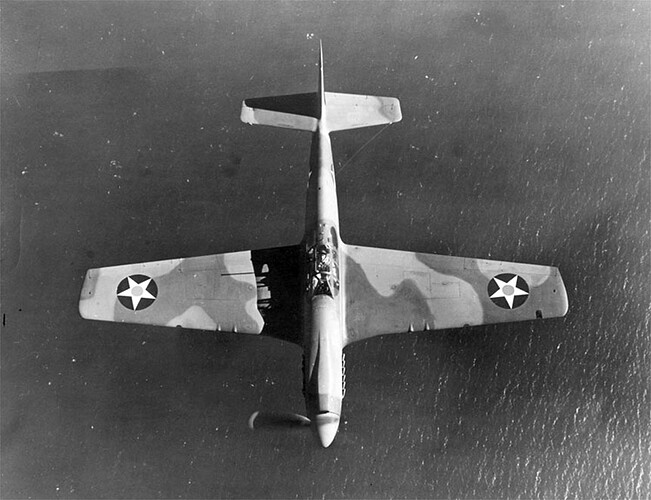 This topic was automatically closed after 180 days. New replies are no longer allowed.