In my copy of the Tankograd book, ‘Iron Brigade’ (American Special No. 3034), there are photos of US Army vehicles painted in an overall green: in particular, an M3A3 Bradley CFV, with the caption, ‘… green camouflage that looks much lighter than the standard NATO green or forest green …’ Evidently, this is a washable paint applied over the existing sand colour. Can anyone suggest a reasonable match for this green using either Humbrol or Revell enamels?

It is a recent development to paint sand-colored Bradleys (and other vehicles) with a temporary green, water-based paint when on training rotations to Europe. The vehicles are either sprayed or hand painted with a temporary paint used by the German Army. It is a Bronze Green color, RAL 6031, used on Bundeswehr vehicles. 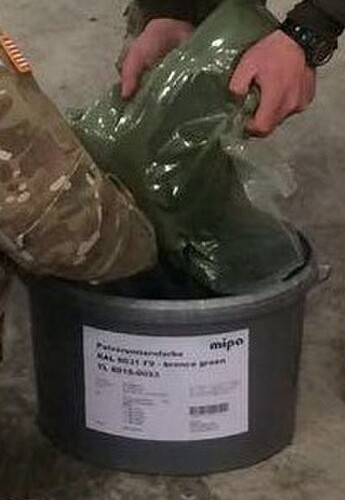 Names and unit markings are covered and left in sand to show through the green. Tactical markings are also masked and show up as sand. Hatch insides and around optics are usually masked off and left sand as well. 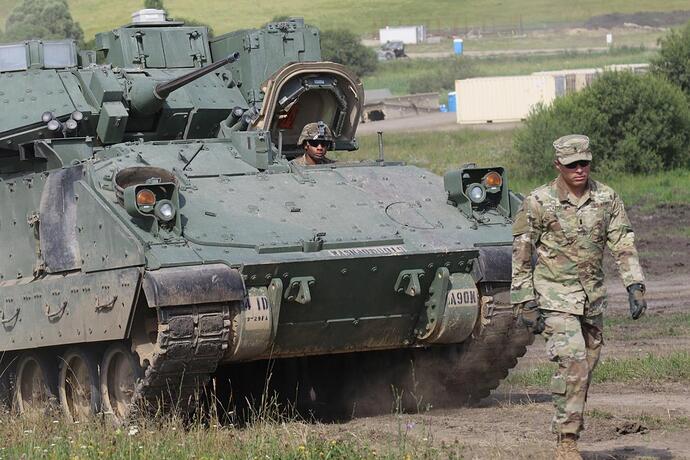 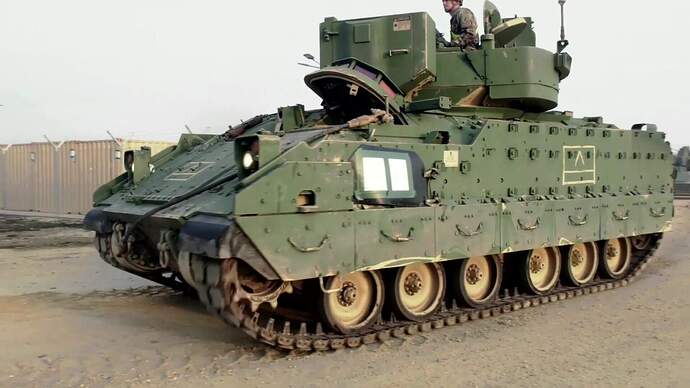 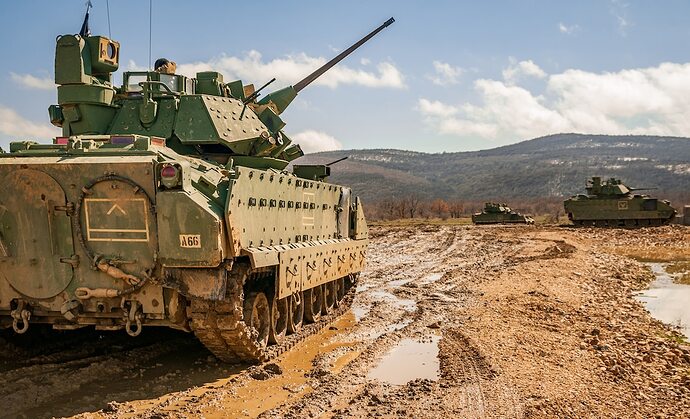 Excellent references! Many thanks.
Am I correct in thinking that the current Bradley is armed with a Bushmaster cannon,
and that this has a fluted gun barrel, rather than a smooth sided one found on earlier Bradleys?

The muzzle break also has three sets of slots; the originals had two.
Ken