Finally finished, my Tornado ‘Desert Babe’ by Eduard in 1:48.
The kit is Revell plastic in a Eduard box with some very nice extras. The quality of the Revell plastic left much to be desired however, with short-shots in the moulding and lots of sinkmarks. The fit of the kit was a disaster as well, not helped by questionable engineering in the design of the model. It also didn’t help that I wanted my model in flight, just like on the beautiful boxart Eduard provided. This meant closing the wheel wells, which of course didn’t fit in the closed position. The same goes for the control surfaces. Being able to pose them in the extended position is nice, but that also means that the flaps, slats, spoilers and speedbrakes don’t fit in the stowed position.

But with all the hard work on the assembly done, the fun could start with the painting process. This was the first time I tried mottling using airbrush masks, and I was blown away by the result. Looking back at it now, I should have exaggerated the effect even more, because a lot of it gets covered up during later weathering stages. Painting was done using MR.Paint RAF Desert Pink, my first time trying this brand. I’ll be sure to use more of them in the future! Finally, the decals. For this I used a mix of the kit decals and Kitsworld Decals. The latter were unfortunately somewhat translucent so I decided to use the kit decals as much as possible. These performed nicely, and it was my first introduction to the removable carrier film Eduard uses on their decals. It takes some getting used to, but it produces a beautiful painted look.

So all in all a build with many firsts, but I’m very happy with the result! 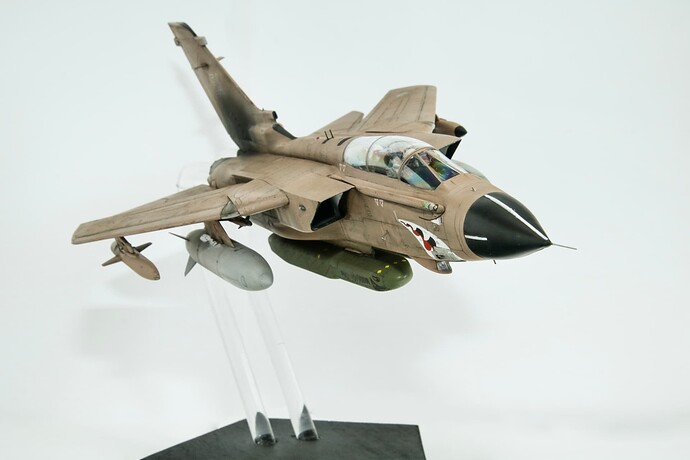 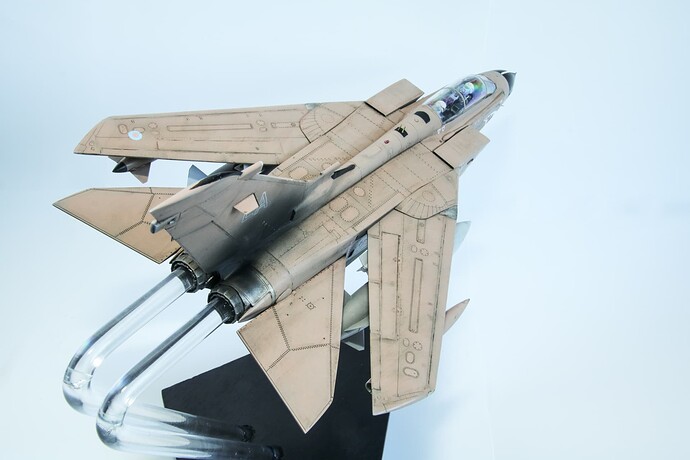 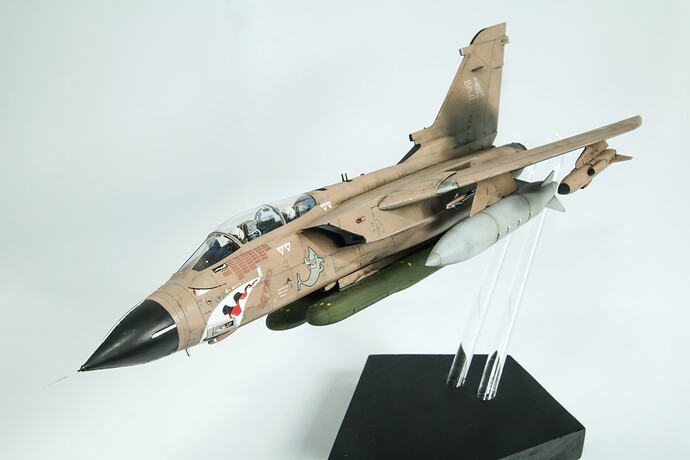 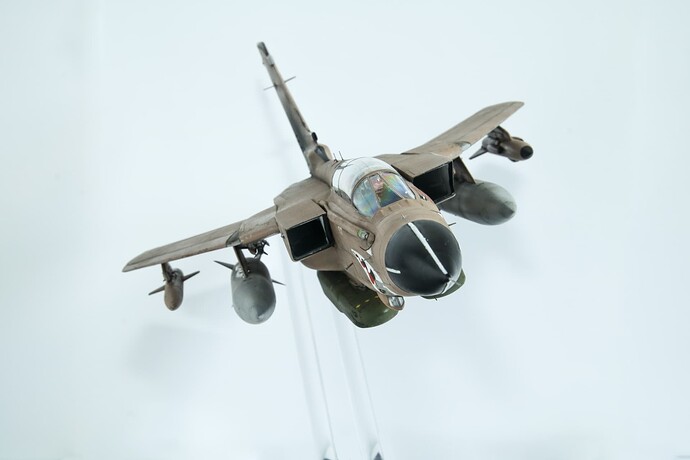 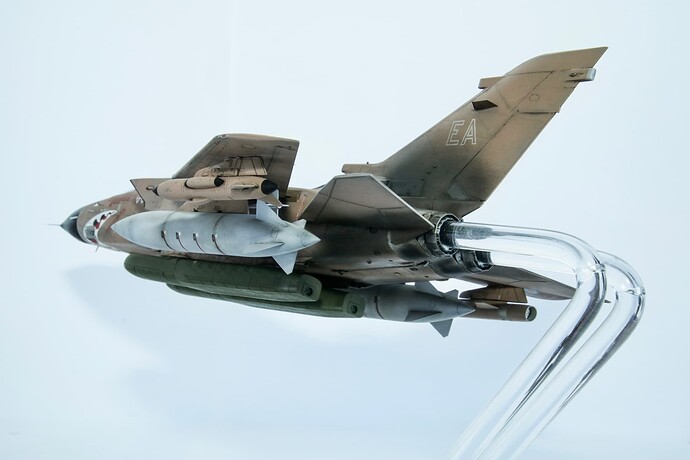 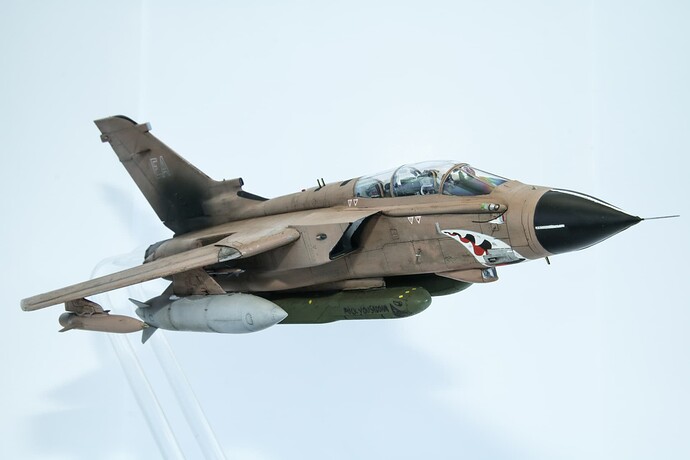 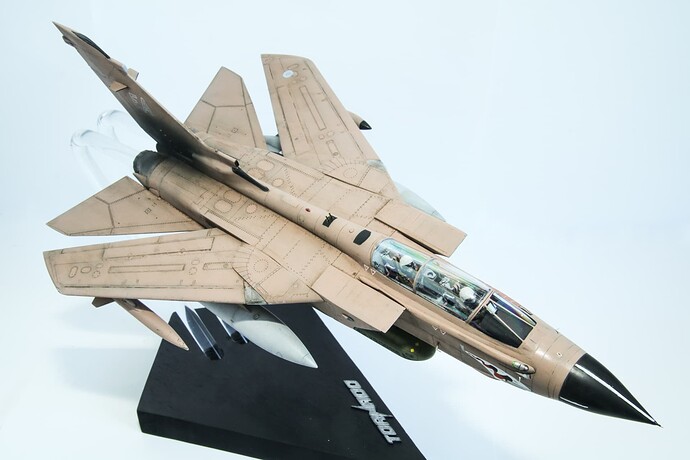 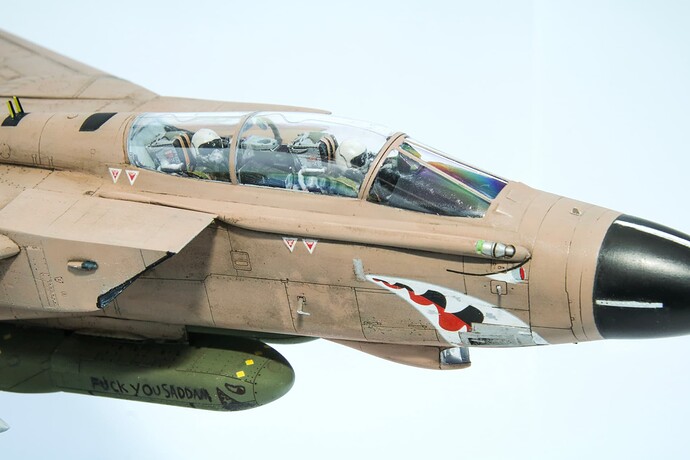 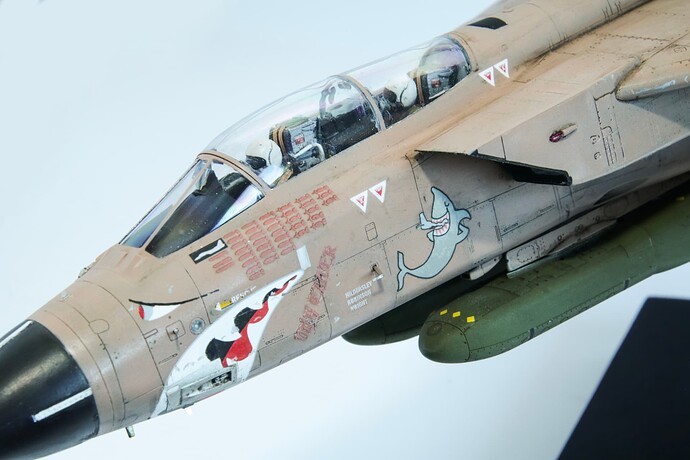 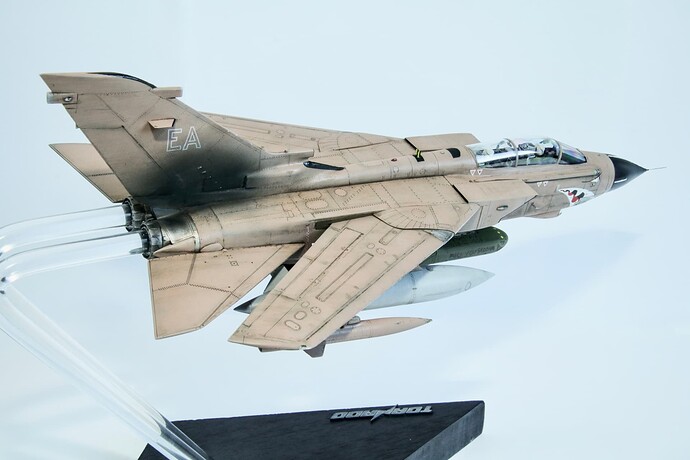 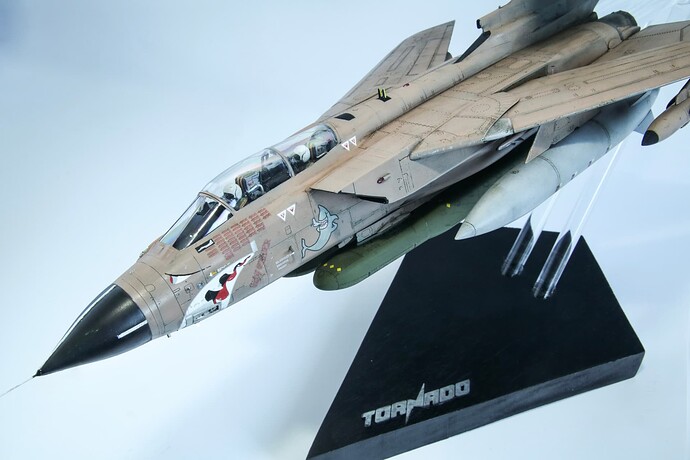 Fantastic work Jasper.
Really nice finish on your Tornado and I like the display.
And love the graffiti on the JP233!

I’ve wanted to build a Desert Storm Tornado for years. Given me some ideas for a future project.

Thanks for the kind words all!

The graffiti was inspired by this photo 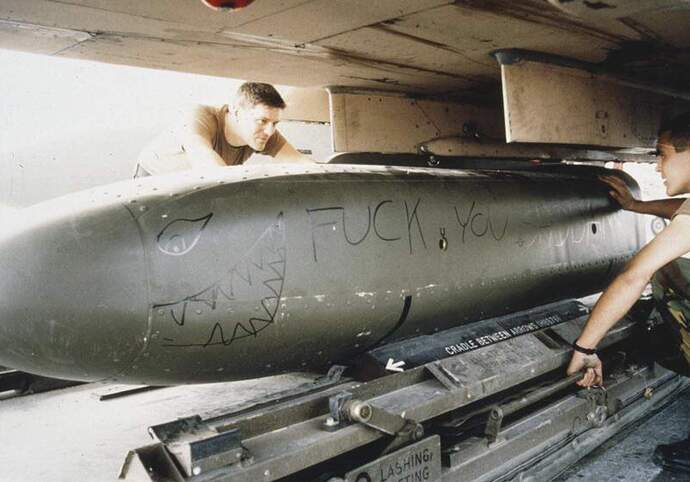 did this aircraft actually shoot down a mig in air to air combat or did it bomb it on the ground?

It bombed an aircraft on the ground during an attack run with the JP233. The plane came in to land, and was destroyed during the attack. The crew thought they destroyed a MiG-29, but it was actually a Mirage F1

Remember Mig Eater being one of the options on Airfix’s 1/48 Desert Storm Tornado. Always did wonder about the story behind the noseart.
I pestered my parents for that kit for Christmas when it was released. And my dad didn’t trust me to do a good job with it so started it himself. I just think he wanted to build it

Never did finish it though, somewhere it’s packed away. Must see if I can find it.