Here's the last of our Panzer Art updates for now -- WWII-era US tankers in relaxed, "after-the-battle" poses done in 1/35 scale. Available either as single figures or as a set. 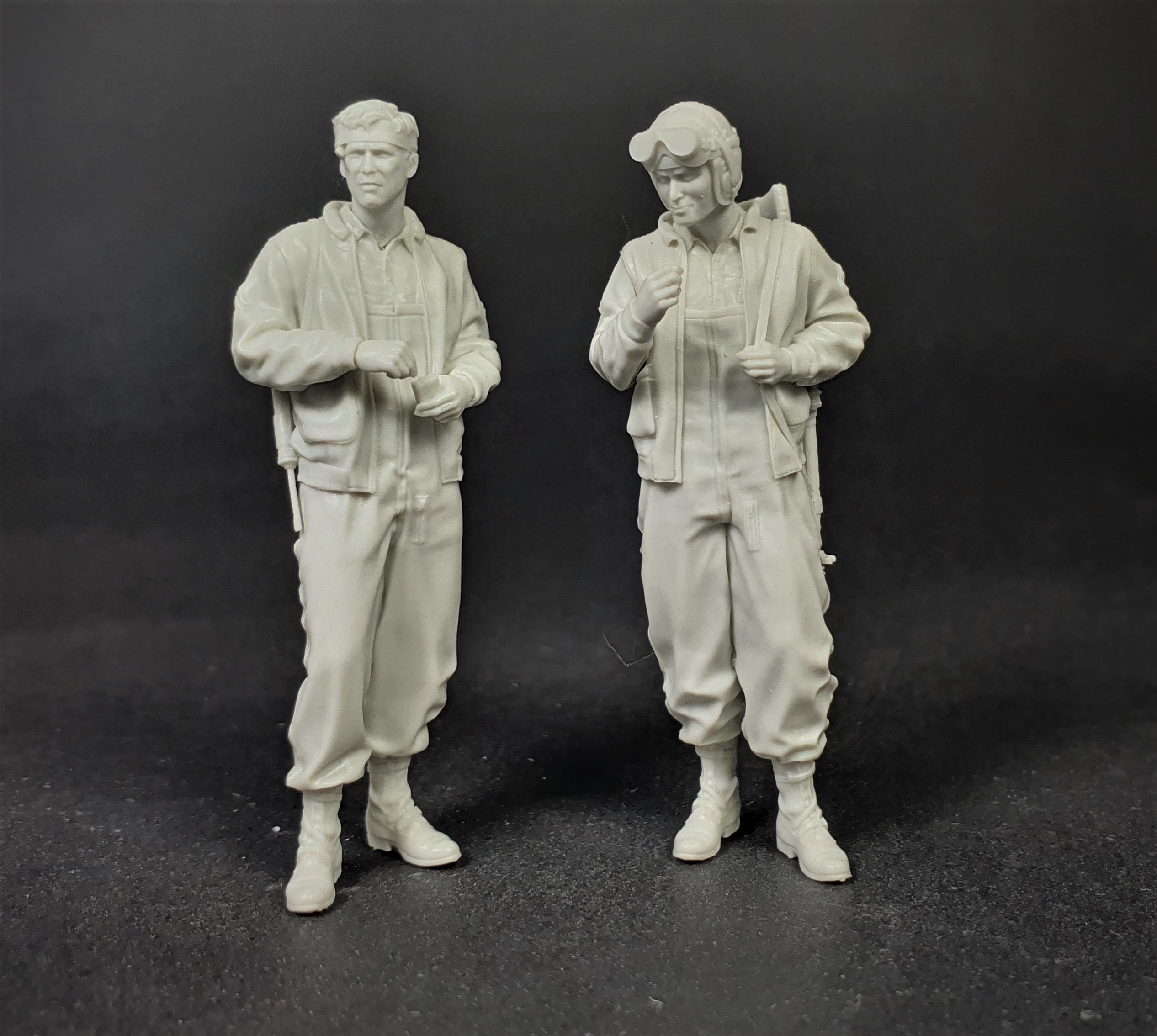 This is partial text from the full article (usually with photos) at https://armorama.com/news/panzer-art-wwii-us-tankers
Yankasippi July 31, 2022, 7:33pm #2

Panzer Art is really coming up with some animated figures which is terrific! The only beef I have with ALL figure makers is that the faces look older and not youthful. Average age was about 22, but for some reason figures depict 28 to 35 year olds. Hope this makes an impression on you guys. Heck, bomber pilots and fighter pilots were mostly around 19 years old. They gave a lot of responsibility to young me we call children today.

Oh, the first assault rifle the Germans made was called “The Buck Rogers gun”, a reference to a comic about a WW1 fighter pilot who suddenly found himself in the future that still hasn’t happened yet and took up space fighters right away.

Although they did exist I don’t think the tanker boots were very prevalent. The German auto rifle was also kind of rare. Combining them both with the early model “tanker jacket” makes the whole thing sort of a unicorn.
But the figures are nicely sculpted.