We all know (or should know) that Panthers, Tigers, and Hetzers were factory-painted from Fall '44 to the end of the war. What about Pz lV’s, and StuG lll’s, and lV’s? Is there any photo evidence of factory painted schemes? I’ve got Squadron’s StuG lll Walk-around, and StuG lll In Action, and none of the photo’s (not many!) of late StuG’s show anything that looks like factory applied schemes.

Hey Biggles
You’ve got a point … kind of mystery it seems. Decades ago I quite intensely focused my interest in the Ardenne offensive reading everything available at the time … visiting the locations etc.
I remember that some vehicles like the Pz IV, Jagdpz. IV L, Grille, Jagdpz. 38t sported camo schemes … like the “Licht +Schatten” (Ambush)… which like the Panther & Tiger II evidently must have been factory applied.
For some StuG III I recall camo applications of similar appearance of many Panther’s (without “Dots or Discs”) leading to same conclusion. But then again the majority remained somewhat random. Have a closer look at the vehicles of KG Peiper and “Führer Begleit Brigade” as well as “Volksgrenadier” units with Stug attachments for instance … “Duell in the Mist” and “Then & Now” series were very helpful at the time. But to my recollection it seems that the order to factory apply the camo was not consequently followed by Stug III producers.
Hope this helps you a little.

Panzer IV Ausf J, the Panzer IV 70 (A) and the Jagdtiger were all built at Nibelungenwerke in St Valentin, Austria, and all went through the same paint shop. Vehicles built at the same times all sport similar camouflage. There’s a current thread on Missing-Lynx with lots of photos.

Thanks, but my project involves a “final” production StuG ll G, with Saukopf mantlet with co-axial MG, steel return rollers, cut-down fender mounted Schuertzen, longitudinal opening loader door with small MG shield, etc., and optional concrete armor. Probably April 1944 production. The only few photos I have of contemporary StuG’s are either too burned-out, or destroyed to distinguish any camo paint. I’ll probably just go with a default circle pattern similar to some Hetzers. An overall green with dark yellow is also an option.

Yes, Alkett painted both StuG and StuH with factory schemes, and Pz IV were painted in two different schemes since fall 44 until the end. Also sturmpanzer IV, SdKfz 251, SdKfz 250, Hummel, Jagdpanzer IV L/70 A and V, 234/1 and 234%4 late… There are several galleries in Facebook group “Panzer Fakten” for anyone interested.
StuG and StuH 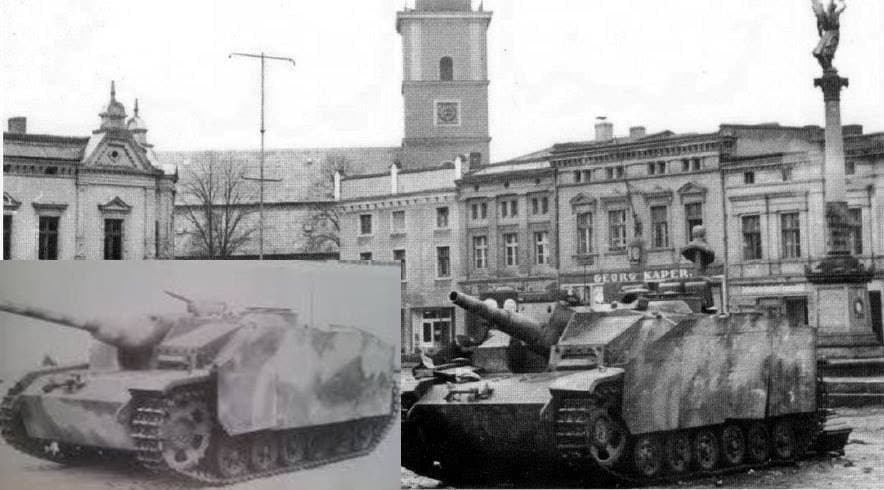 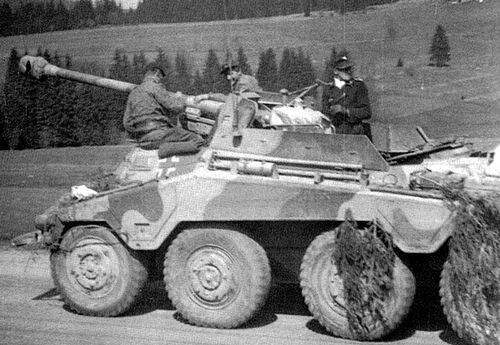 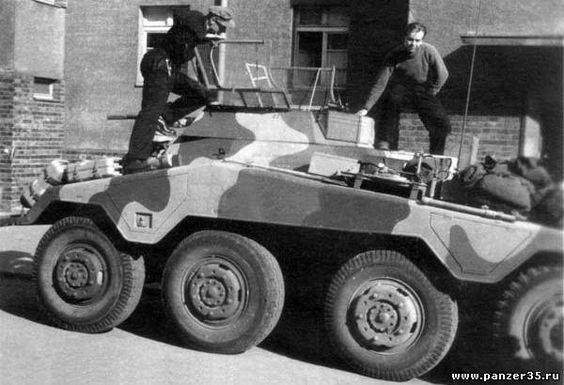