Panzer III ausf L by LAH in early 1943 in Khakov

Good day to you,

I have in my stash the Dragon 1/35 Panzer III ausf L (kit 6387)
The kit gives 3 decal options (one of the 11th panzer division, and two unknown units).
I wish to represent my model with decal from LAH but I cannot find any reference of mark III ausf L by the division. Can anyone confirm that there were indeed ausf L in the LAH?
Thank you already 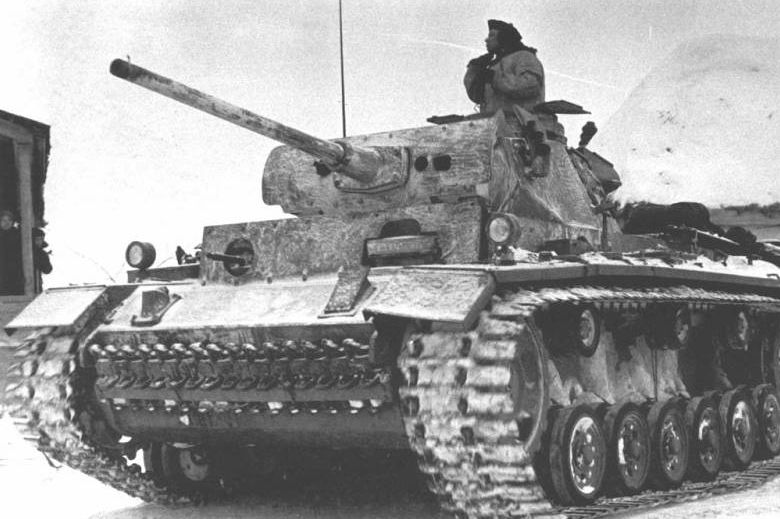 780×519 69.8 KB
This Ausf. L is from the 19th Pz Div at Kharkov, but trying to find images of LAH Ausf L’s at Kharkov is proving difficult. I have Restayn’s 409 page Battle of Kharkov, which is loaded with hundreds of photos, but not all are captioned as to which unit they belong or which ausfuhrung the vehicles are, and as we all know, discerning an Ausf. J, L and M from a distance or a partial photo is not an easy task. I have read that the LAH is not well documented during this time period, but I can not confirm. Other references I have, such as Jentz’s Panzertruppen, only show Pz. III strength as either “Lang” or “Kurz” (long or short barreled), not much help there.
1 Like
EdmondDantes October 22, 2020, 7:55pm #3

Thank you very much for your answer Paska.
I have ordered a set of decal from Peddinghaus related to LAH.
https://www.peddinghaus-decals.de/1-35-Decals-for-tanks-and-vehicles/3067-Tanks-and-vehicles-out-of-the-Book-Waffen-SS-Farben-von-AMMO-MIG.html
They used as reference a book of Mig-Ammo called ‘Colors of the Waffen SS’ but it has become hard to find.
Here is the picture of the tank depicted: 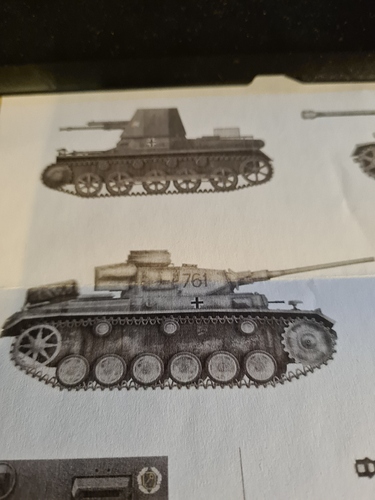 I’m surprised that 761 doesn’t show up in the hundreds of photos from Battle of Kharkov, but you can’t have everything. I did manage to find this, which is LAH at Kharkov, but then again, just exactly what Ausf. are we looking at?
From Herbert Walther’s The 1st SS Panzer Division; 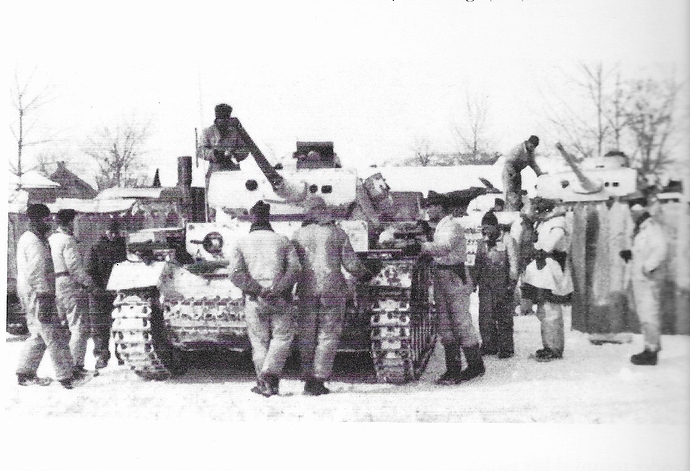 Thank you Paska for that beautiful picture.
Maybe this lack of references can be used at my advantage, letting me build and paint the model as I feel it

Maybe this lack of references can be used at my advantage, letting me build and paint the model as I feel it

This is exactly what I was thinking! It doesn’t look like anyone could say you’re wrong. I think it’s a pretty safe bet, go for it!

Edit; I don’t think this blockquote thingy is working correctly, either that or I’m a total dingus, which is entirely possible…

I think that’s the way to go. Just because there are no pictures doesn’t mean there wasn’t an L present… There is also a very very high chance there where some there … Not every WW2 tank was photographed, so go for it. 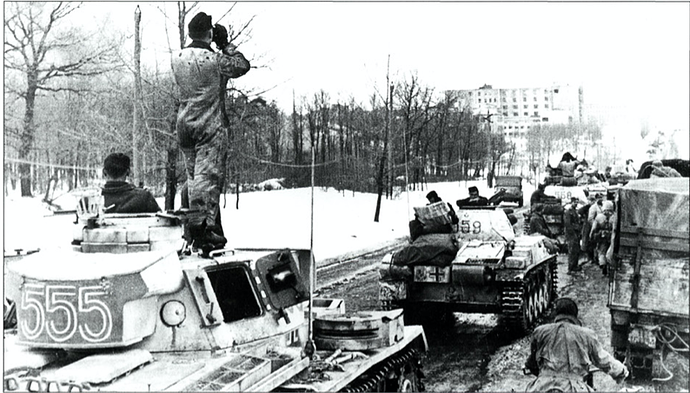 From what I’ve read about the SS panzer units, they often received in priority the latest and best materials, so it should not be surprising to see by the LAH one of the latest version of the panzer III at that time.