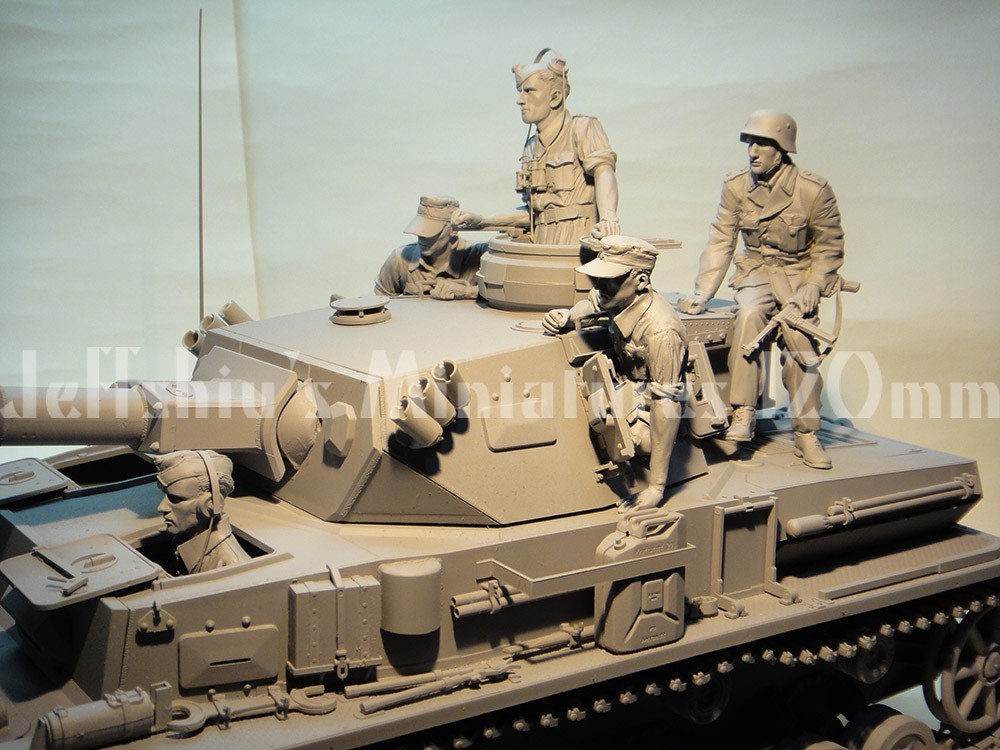 This is partial text from the full article (usually with photos) at https://armorama.com/news/panzer-iv-dak-crew-and-rider-in-large-scale
DByrden September 14, 2021, 8:04pm #2

It’s strange that people have headphones but not microphones.

It’s strange that people have headphones but not microphones.

I believe both the commander and driver should have throat mics. 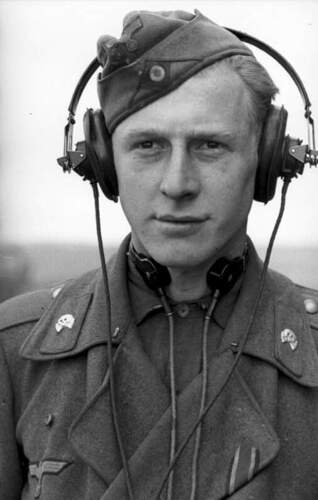 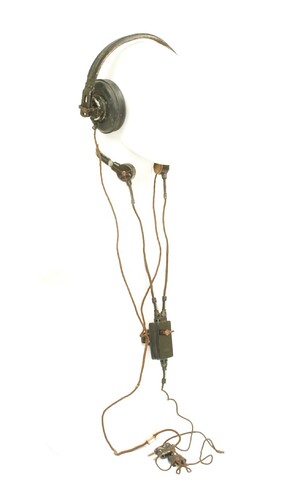 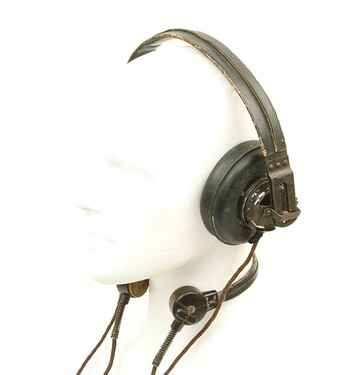 (images for reference only)

Does look like there is something around his collar, but if it is a throat mic it doesn’t seem to match your pic.

The microphones wouldn’t be on the collar. They would literally be on the throat.

Another thing might be wrong here, but I’m not sure about this, it’s a comment I heard. Did the Panzer IV have little seat platforms that you would hook onto the doorway for this exact situation?

I recall when doing volunteer work at Bovington Tank Museum a colleague climbed into the Driver’s position and proved that one could not drive the vehicle with one’s head sticking out. He sort of sunk down and across until he was aligned with the vision port. Now this was the model with the extra armour skirts etc but I’m pretty sure that the Driver’s position is unlikely to have changed during the various marks.

Well, he may not be driving at this moment in time, so I suppose he could stick his head out to get a breather. That said, if he has headphones on, he should also have throat mikes. That particularly applies to the TC. Maybe the driver doesn’t have them, because the TC doesn’t like to listen to him talk!

Well, thank you, but the Panzer in the product photographs is not a Tiger. It’s a Panzer mark 4.

The “mark IV” and “mark VI” and so on are not different marks of the same thing - they are different vehicles. Almost completely different. Certainly the hatches are not in the same places.

Er David, I’m a bit confused; I don’t think anyone was referring to a Tiger. The Mark IV in the Tank Museum at Bovington was the one I mentioned.

Are these licensed from Tamiya? Did Jeff do the originals? I hope the commander is available separately.

Buy the Tamiya Kit and you’ll have them,

Can’t see these on Jeff Shiu’s site, did they get released for sale?

Sorry to take this thread off topic a bit but, it’s
Interesting that you mentioned the panzer iv drivers compartment. I’m working on the Dragon Panzer IV E , kit 6264 and came to the realization that the drivers hatch is offset to the left of the driver in relation to the drivers seat and visor. I made a crude drivers seat to put a driver in it and when I went to check the height of the seat found out that the hatch is not lined up with the driver. Never realized this in all my years of modeling. Shameful actually considering it’s one of my favorite tanks. Also saw a video on YouTube of someone sitting in the drivers seat and trying to stick his head out the hatch. Here are a few pics. 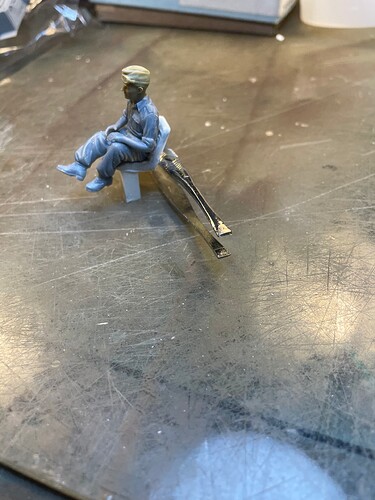 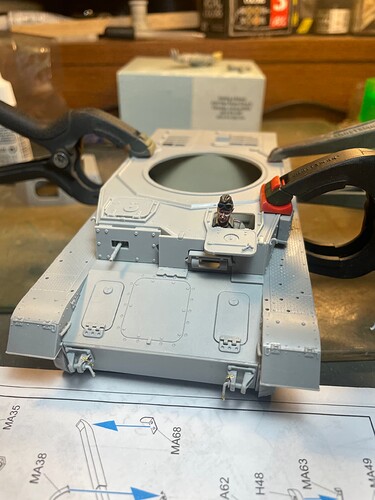 Well Richard, I too was surprised when I actually saw it; we all sort of get conditioned to popular images - especially of models, moreso on the display tables - and the default setting becomes that of course the crew can stick their heads out - when in the case of the driver, he clearly can’t! Images like this famous one, almost make one think that the driver would have his head out, but he doesn’t. And of course, because we sometimes see the hatch open we think that he must be able to. 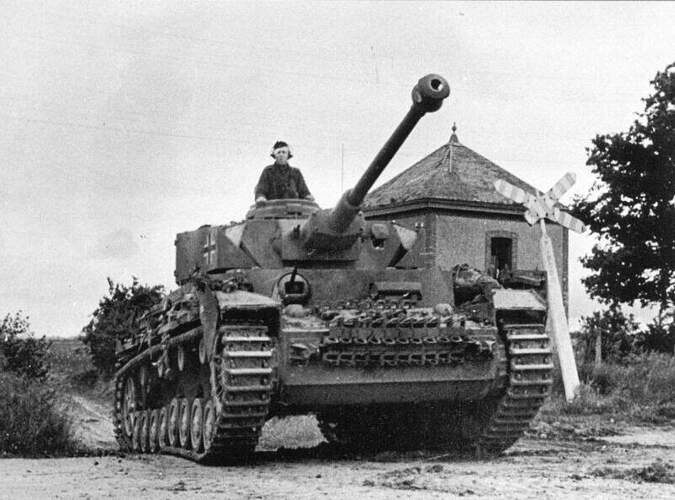 You might appreciate this clip, especially the last few seconds when the driver hands something over - you can see his hand and arm but not his head.

But how does that account for the numerous pictures of drivers in panzer IVs with their heads out? I have a number of books on panzer Ivs and have seen plenty of film with the drivers head out. I’ll have to go back and look at my references again. So strange!

Im wondering if it’s the same for every model of panzer iv. Hmmmm

I imagine it’s got to be when the vehicle is stationery - plus the photographer might have been under remit to include as many of the crew as possible.

Regarding every model - I couldn’t say; I would have thought that the driver’s seat was dictated purely by the mechanical layout; I cannot really envisge that it would change over succeeding marks but then I’m no Mk IV expert. That said, conceivably if the hull top was reconfigured perhaps a hatch would line up (with the driver)?

Sorry Richard, I can do a good vague!

No worries Brian thanks for the reply. I’ll have to do some research. Very curious since I found this out .

It’s not exactly the same. They shifted the hatches around a little between the Ausf.A, B, C and D.
But the driver’s hatch was never lined up with his seat in any version.
The reason for that, was to save space. A lot of thought went into making the Panzer IV that little bit smaller.