Did the panzer iv from the end of 44 have factory applied camo patterns?

Seemingly simple question, not so simple of an answer. A number of modifications were made to the camouflage in the winter of 1944-45, which were applied at the factory. I don’t remember where I found this rough description, but it seems to be basically what I understand to be the situation at this time frame. However, the dates need some clarification, especially the end dates;

A simplyfied process of applying the three colour disruptive pattern, using the dark red primer as the base colour (Edit; Not entirely correct, some sources state that no red primer should be visible, others say it was part of the camo. There is debate as to whether rotbraun or red primer was used.) and adding disruptive patterns of Olivgrün and Dunkelgelb at the factory. Panzergrau may have been used as an alternative to Dunkelgelb on occasion.

Some vehicles may have been rushed to the front in Olivgrün base coat only, to be camouflaged by the units receiving them."

I’m not going to stake my life to these statements, but they appear to be basically correct. Osprey’s Panzerkampfwagen IV Ausf. G, H and J 1942-45 has detailed camo descriptions for this time frame, including color plates. If you can narrow down the time frame, location and vehicle Ausfuhrung, we can probably be more precise as to the colors and pattern used. 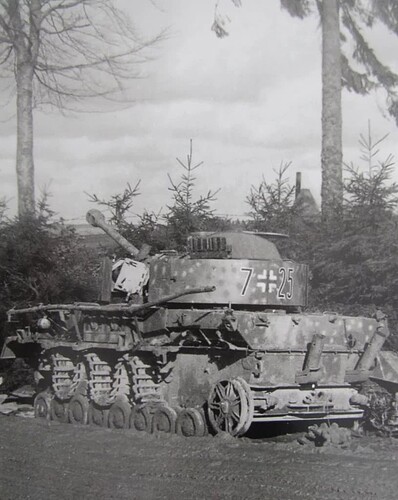 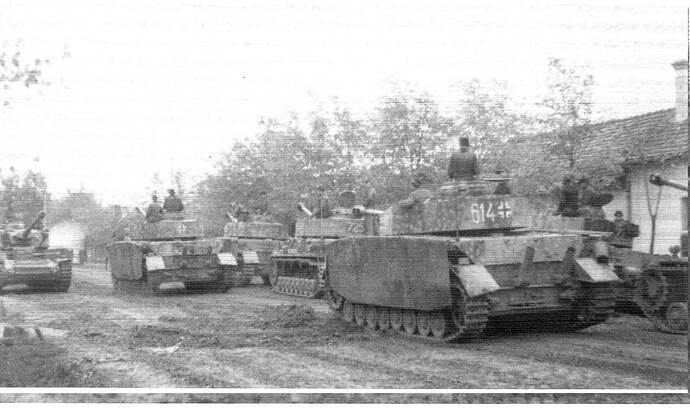 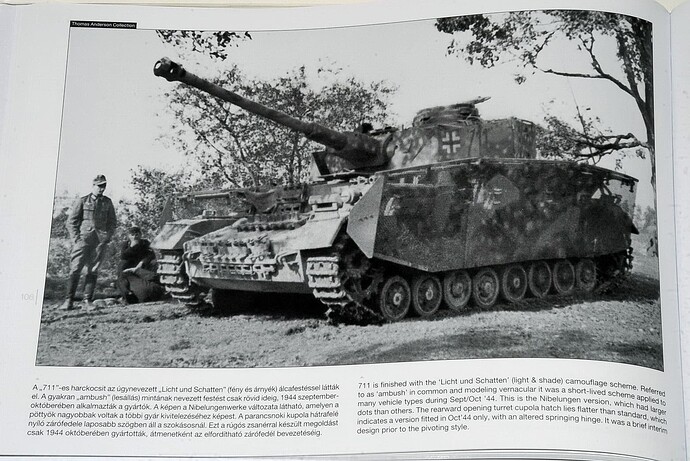 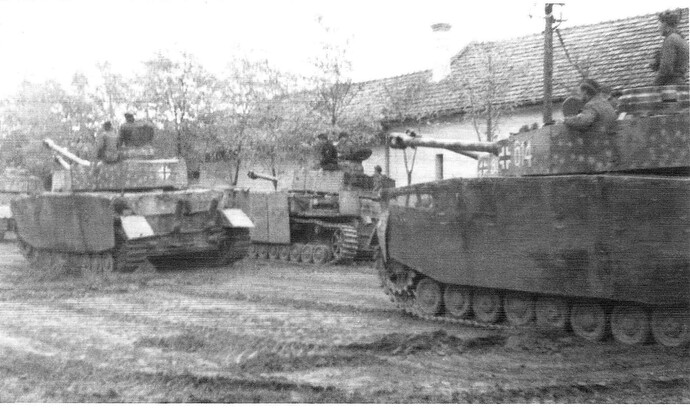