In Remembrance on the anniversary of the attack on Pearl Harbor and all who served. Further acknowledging my parents’ generation that endured and then prevailed in what was the greatest conflict the world has known - hopefully never to happen again.

One of the most interesting and somber places I’ve visited. You could hear a pin drop at the Arizona memorial/tomb

A very good series about the salvage work after the attack- 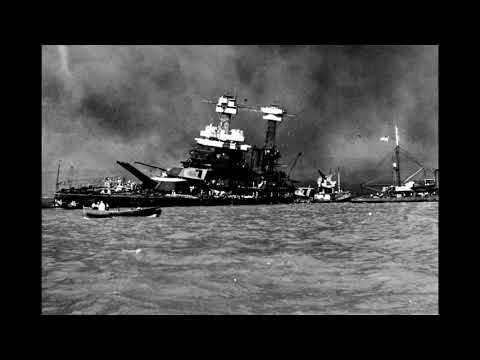 Indeed - when I toured Pearl Harbor (2009 ? ) I found the Arizona Memorial to be very moving . On our tour there were many young Japanese - all of them very respectful - more so , I am embarrassed to say , than some young Americans.
Lest we forget.

I’ve been there twice myself and it is very moving yes.

I found that very interesting. Pearl Harbor was FULL of Japanese tourists which was very unexpected to me. And they couldn’t have been more respectful

I get chills and I am not ashamed to say a bit weepy standing on that platform and reading the names.

\Not to hijack the topic but on a somewhat related note.
Had an interesting encounter today at the barbershop. A gentleman walked in wearing a USS Indianapolis sweatshirt. Not something you see every day. I asked how he was connected with that fateful ship. Turns out his dad was one of the survivors. Four days in the water before being rescued. His father was the guy responsible for making sure the code books etc. were properly secured and deep sixed. He told me about a movie I never heard of staring Nicholas Cage who plays the captain of the Indianapolis Men of Courage. The guy said it was a reasonably good film. His father is deceased but his birthday was yesterday 6 December.

Cool story, I can’t imagine how scary it would have been floating in the water. Reading up on it, a lot of protocol was ignored/missed that would have saved lives unfortunately

The movie is decent if you can move past some of the bad acting. If I recall it’s on prime video or Netflix

He told me about a movie I never heard of staring Nicholas Cage who plays the captain of the Indianapolis Men of Courage.

This is what I consider to be the biggest honor a survivor could ever be bestowed. As of 2020; there are two remaining survivors of the USS Arizona out of the origina 1,177 crewmen. They are given the honor to be interred aboard the ship, along with their shipmates. 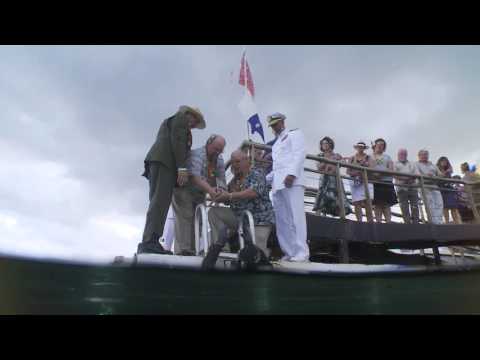