I am in the process of purchasing RoG Phantom FGR.2 in 1/48 scale. Since I don´t want to tackle RoG color recommendations, wonder which BS tone are used in the Gray Air Superiority scheme?

I’ll pull out my references a little later and get you the BS numbers. Pretty sure most paint manufacturers do matches.
It’s a very good kit isn’t it. I bagged two when they were reissued as I didn’t want to miss it this time around.

Hi Stephen,
while we´re on the subject colours, can you tell which BS tone is correct for Royal Navy Phantoms? I have my hands on another RoG Phantom and will build this into a RN bird.

Not a problem, can get that as well. 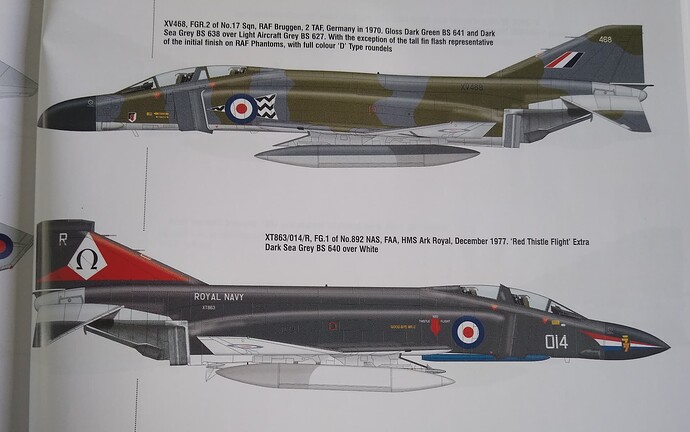 Air defence grey RAF Phantoms had upper surfaces and fuselage in Barley Grey BS626, lower surfaces in Light Aircraft Grey BS627. The upper surfaces of the inboard section of the wing (up to the upturned tips) were painted in Medium Sea Grey BS637.

Thanks Stephen, very helpful. Can you recommend a colour series for BS, preferably Acrylics?

To be honest I still tend to go with Humbrol enamels for RAF colours. Still got a lot of the tins! Humbrol are, or at least used to, matched up perfectly with RAF colours. Most of my enamels are pre-Hornby take over and I understand quality has dropped off in recent years.
They do make them in acrylics, but Humbrol acrylics are not great.
I use a lot of Vallejo acrylics these days, but they haven’t yet done many that match up to RAF, hence why I still use the Humbrol for those.
I’m not sure if anyone else has done any that do. Perhaps AK?

The Humbrol colours are:

You should be able to cross reference other manufacturers from the numbers.

AK do a few RAF sets, one is RCS045 which has a few of those colours in it. They also do an IAF one for early desert cam which I was thinking of getting for an IAF Phantom for the 75 campaign coming up.

I think I have some Humbrol Enamels in the “darkest corner” of my paint booth. But I doubt that they are still “alive”

I’ve got some that must be nearly 30 years old! Given a good stir they still work!

@Johnnych01 how well do those AK paints spray? If they do a set that covers those colours that would be really helpful to me. Certainly less offensive to the nose!

To be honest I have only sprayed the AK RC military range and not the Air range, but, they spray and cover like a dream. Dry fast and good to handle after with no damage to the paint. I am slowly building up my stock of those as they are so good. Best results are with a cellulose thinner - I use a general one from Halfords - it was about £7 for a large can of it.

So are they not a water based acrylic like Vallejo?

The RC range is lacquer based, but they also do this range as well. 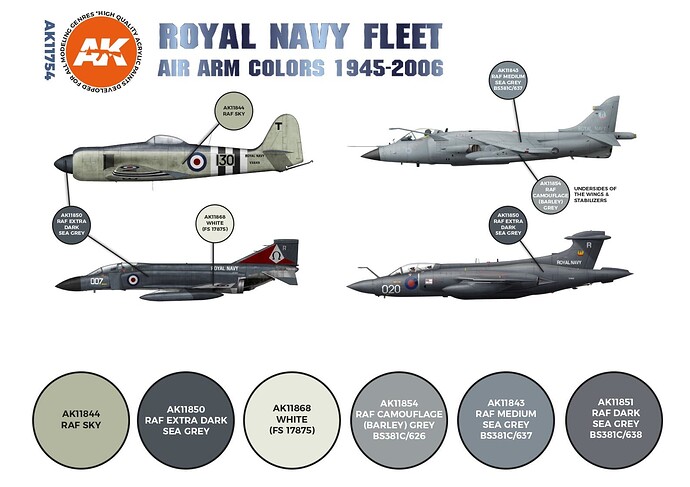 I’ve started using AK and really like it. I thin with Gunze Mr. Leveling Thinner (read that somewhere) and it works great. And you can get a huge (400ml) bottle of it!

Ah cool, thanks.
I tend to stick clear of stuff that needs thinning with cellulose. Once accidentally dissolved a canopy with an accidental spill of the stuff. Always had visions of holes burning through a kit (like in that movie Aliens!) if I accidentally thinned a paint too much.

Before start building the RoG kit, I have some more paint questions. Since the planes were build at McDonellDouglas plant, can I assume that the cockpit was painted with FS colors? Like said RoG is a little sloppy when it come for painting instructions.

Like said RoG is a little sloppy when it come for painting instructions.

Definitely a grey. I’ve always reached for the first jar or bottle of dark gull grey I had to hand. I would safely assume it was the same as whatever it was McDD used on all F-4’s. Looks like a rubber matt on the floor too. 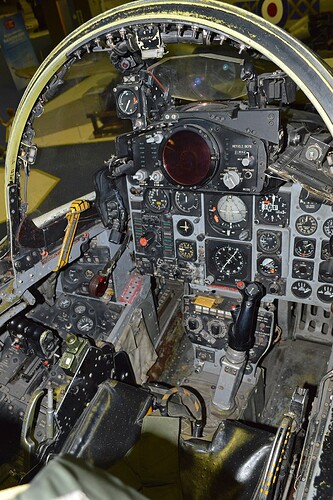