Found a photo of Prillers 109E-3 , Yellow 1, in what looks like the “stock” RLM 02/71/65 camo, with the same markings as the Oct 40 scheme with the yellow nose/ rudder and heavy mottling. I’m guessing rudder is white on the non mottled, spinner RLM 02. Yes? No? Maybe? Also,does it look like the area behind the emblem aft of the cross is white?

I have the TV on while catching up here. As I was reading your post I heard a familiar part of “The Longest Day”. I turn my head and see Priller arguing with HQ. That’s a very odd coincidence.

To answer your question… If you look at the mottling forward of the cross including the side of the fuselage seems to be much like the color plate. But… the color plate disagree. The bird with umbrella is on a light (white?) shield in the photo. I wouldn’t put much stock into the color plate. JMHO

I just found this video which includes other photos of Priller’s plane. 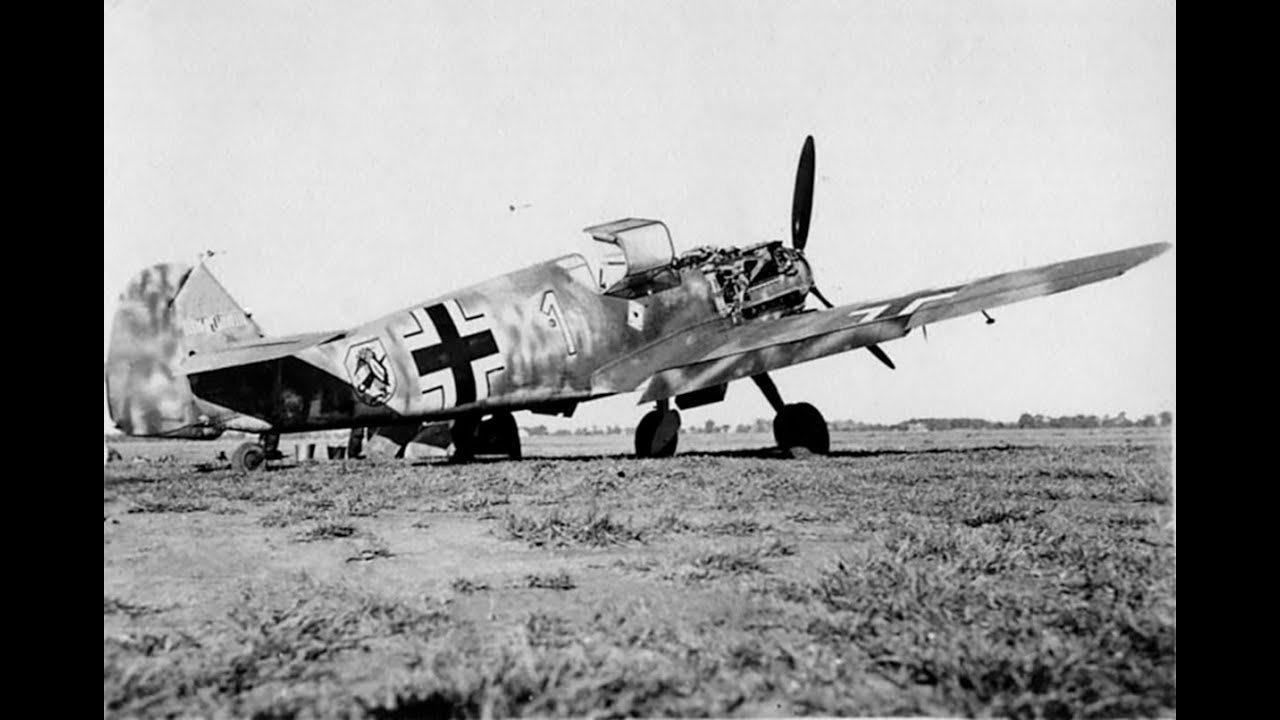 Interesting but the aircraft in question … the photo … doesnt have mottling. Looking for comnfiration it is (A) 02/71/65 (though the demarcation line between upper and side is soft edge rather that the usual hard edge…) (B) Color of rudder (White?) (C) Spinner color. (RLM 02? Yellow?) (D) Color behind “bird” (White or RLM65.? ) Oh, and any idea what time frame for the photo. I’m guessing Aug. 40.

Maybe it was repainted. Maybe the lighting conditions faded out the paint scheme. Also the rudder in the video shot lacks the swastika on one side. That in itself puts your photo and color plate at odds with each other.

An educated guess says that the photos are from earlier (top photo) and later (bottom photo) in the aircraft’s service life. Also note the victory bars and mottled over swastika on the lower photo.

If you check out the camouflage page on this site, they mention that the side mottling was added during the Battle of Britain.

you are correct carlos. i just built this aircraft, the mottle was added during the BOB

You mean the swastika that was edited out by the pantywaste censors. 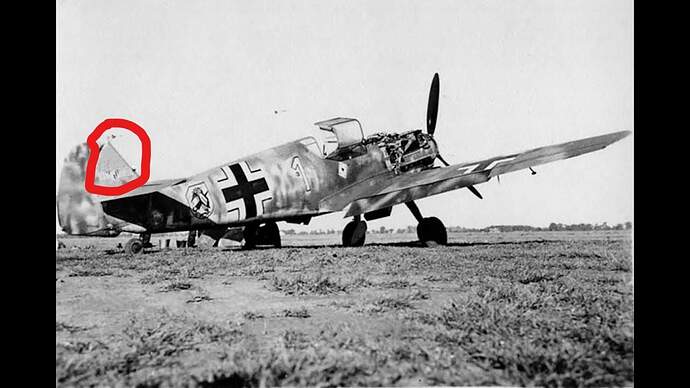 I didn’t think of that! My indoctrination remains incomplete.