Can anyone tell me the proper colors for USMC fatigues in the 70’s? I have the pattern and color look but would like the exact FS numbers or equivalent. 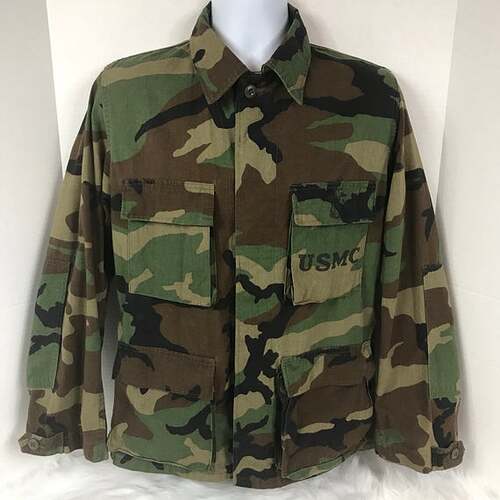 What you have pictured is a Woodland BDU uniform. It was not used until post '83, so not a '70s uniform. For colors, medium green, black, chocolate brown, and khaki. Anything close will do as they are not really FS #s and they faded quickly. 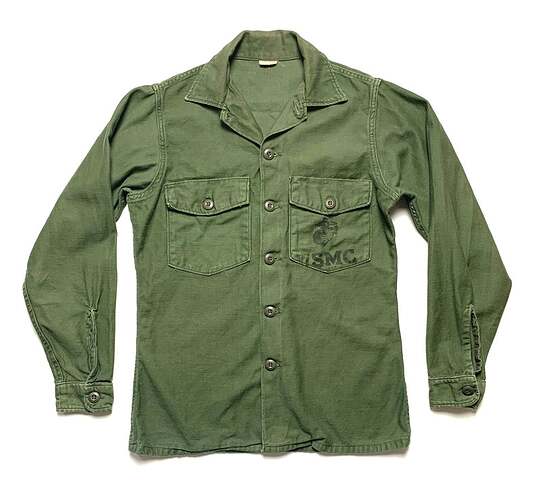 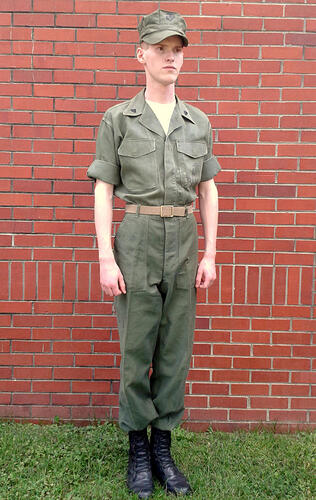 So a Marine would refill a tank wearing those fatigues? Or would they wear something else?

Yes, they were the basic field uniform for the US military (all branches) from 1952 until the mid-'80s.

Saves me hours and money.

I think that you will find that the USMC began issuing the ERDL “leaf pattern” for general use about 1976. I am sure that there was a transition time for in service personnel that allowed them to wear the utility green uniform for some time. Note that there were two (2) color variations in the leaf pattern. One showed more of a tan base whilst the other replaced the tan with a light green. Both patterns faded pretty quickly with use and it was not uncommon to see them mixed between trousers and jackets. The picture that you posted is a later issue BDU “woodland pattern” that replaced the leaf pattern in the 1980’s.

The US Army began authorizing the wear of the BDU 1982 as I remember. The OG107 was still authorized for a couple of years beyond that.

I also have an issue with the fatigue uniforms pictures. The first would not have passed inspection with the crooked Iron on stencil. The second one’s cover should have been starched and blocked. 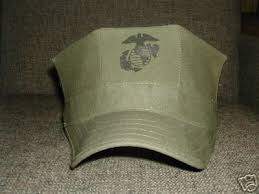 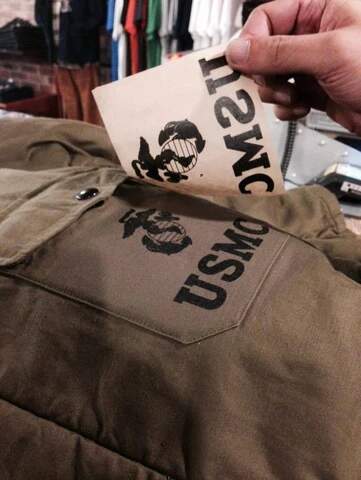 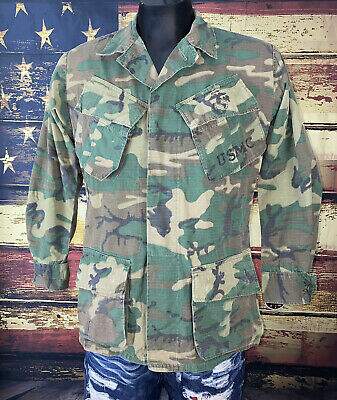 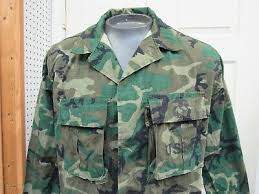 Material was a lighter weight rip stop design and there were no name tapes.
We did not heavy starch ERDL… unless you were the 1st shirt…

Iron on memoirs, if I look around I still might have one.

Garrison cammies where starched (have to look good for the man), field cammies where not. Don’t mix otherwise you might not like the results, starched cammies burn real fast