As I can’t ever seem to only have one on the go, my collection of shelf quee s has been growing somewhat over the last few months. So, in an effort to reduce it somewhat I’ve decided to finish off a few before adding any more to the shelf or even progressing my Antique Antics offering.
Current SQ up for completion is the Revell SPW40P2 boxing of Dragon’s BRDM-2.
Basecoat/preshade of Tamiya TS09, British Green followed up with Vallejo Russian Green and a band of Sand(Ivory). Various enamel filters,and a pinwash then some sponge chipping. (The missing RHS light cluster will be added later).
Then the realisation that there were no markings😳 but a quick Google proved this not to be too much of an issue. 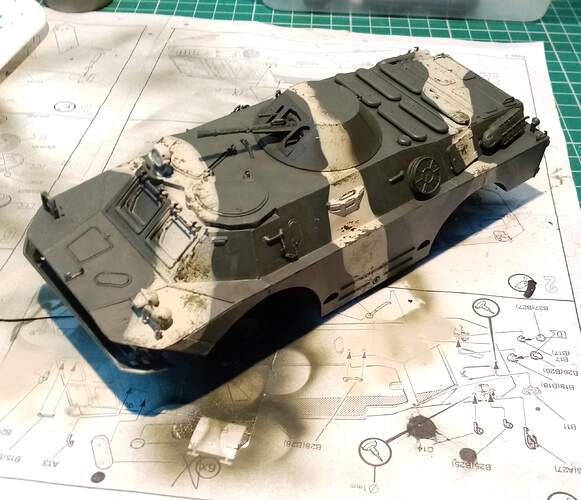 whoops- forgot about this one… Finished sometime ago… 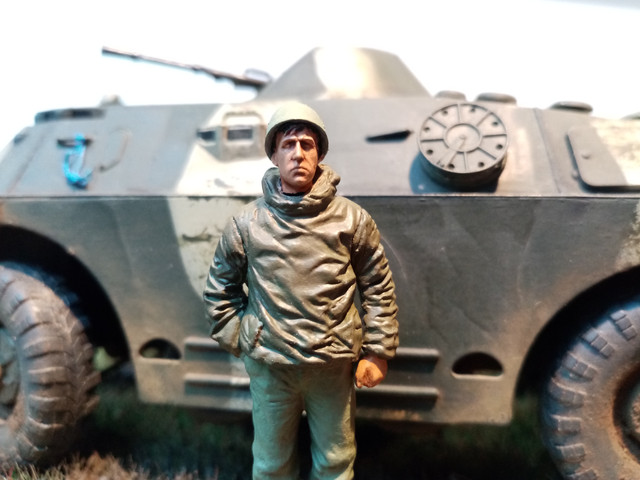 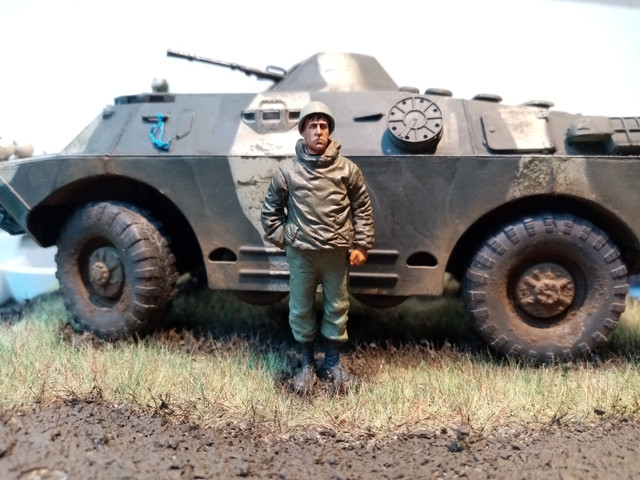 And nicely finished it is …

I like it. I have a same kit in a similar state.

The figure and base also look good.

Good man yourself Paul, getting all the backlog cleared up and sorted- a daunting task for most I would say! I like the beat up paint on the BRDM- it suits it rather well.

Thank you all. Figure is from MiniArt middle Eastern tankers with a Hornet head.