Is the difference between the PT 76 and the PT 76B mainly in the engine deck/ height of the hull? I know that initially the PT 76 had a multi baffle muzzle brake but presume that it had been upgraded to the double baffle on the B variant at some point. Some tanks seem to have a recessed cooling and exhaust, where as others have a flush intake with slightly raised exhaust but both have the double baffle muzzle break.

Thanks for the link, very interesting!

Thanks for the link, makes everything as clear as mud,

The PT-76B was the tank with the D-56TS stabilized gun and mount (using the same gun tube with a double-baffle muzzle brake that had been in production for several years) and with a hull deck raised 130mm from the original design and the bow reshaped. There were earlier tanks with the double-baffle brake but that alone was not a PT-76B. NATO erroneously used that label but the Soviets were more specific in their applcation.

The Tank Encyclopedia article is wrong. Pay attention to the Russian evolution chart, not the English text, for designations.

This site has looots of information. 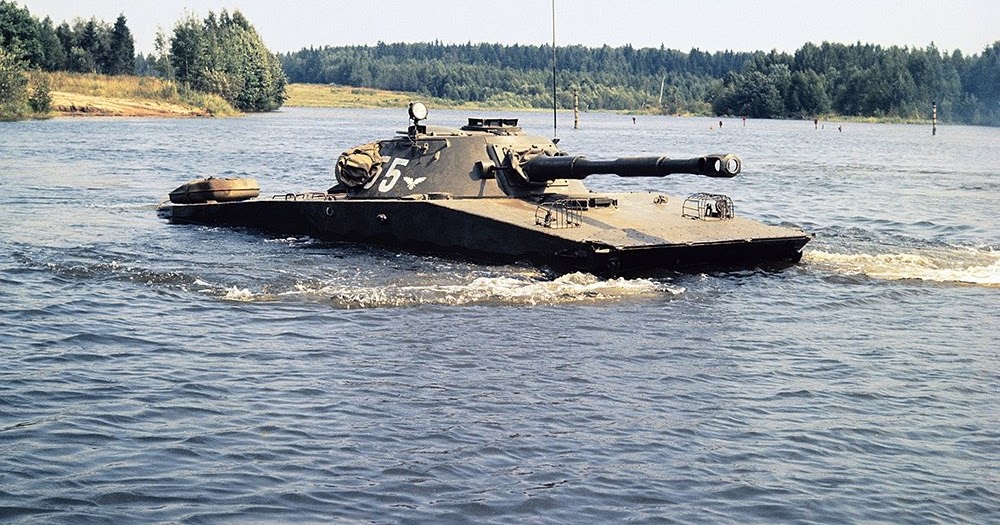 The PT-76 is an amphibious light tank, first entering service in the Red Army and Soviet Naval Infantry in 1952 and serially produced u...

I have it booked marked

but unfortunately it doesn’t supply the information I need​:sob:

I thought with a brief scan it listed the hull angle difference.

Seems like it’s one of those Soviet tank problems! Which variant is it? From what I can work out, the PT 76B introduced a slightly raised hull (60mm) and the 55 degree nose but the intake and exhaust being mounted flush on the engine deck, later the hull was raised another 70mm and this produced the recessed intake and exhaust. M hobby drawings have the mod 1960 with the flush deck but 55 degree nose and higher sides although not the overall 130mm stated on most sites, on reviewing photos the higher sides and flush deck there is a visible difference between the B and the PT 76, other photos show a visible increase in the height of the sides and the recessed deck between what I presume are early and late Bs. The new Revell 1/72 kit of a PT 76B has the lower sides of the PT 76 but the recessed exhaust of the late B

It does under protection, gives dates for the 60mm and 70mm raises but doesn’t mention the engine deck, which I presume happened at the second raise

Not sure. Here another resource that might have the information but would need to be purchased.
http://www.perthmilitarymodelling.com/reviews/books/wwp/wwp_g020.html

Didn’t read this but it talks about the 1/72 kit differences and might have some useful information mixed in.

WWP tend to be good on photos and detail, but brief on history, looking at photos the recessed exhaust seems to come with the significantly higher sides, so the late variants model B, I have not found it on any other photos or walk around, interestingly the BTR 50 also had its engine deck raised at some point, but there is even less information about that!

The drafter for the original M-Khobbi article acknowledged that he made some mistakes a few years later in a follow-up that included new drawings.

I was looking into this last month; search for PT-76 on the Missing Links Modern AFV Discussion Group for some useful photos.

Seems like you came to the same conclusion, the initial PT 76B (or intermediate) had the hull raised 60mm and 4 degree slope on the rear behind the turret but no notch for the exhaust, the later models got an extra 70mm in height and the notch for the exhaust, I assume that the nose angle changed on the second mod. I have two sets of drawings from M hobby, first from the 90s the second from 2006, these are the ones I used, although I haven’t compared the two, I just assumed the later ones would be better.

Another change on the late hulls besides the notch in the side that identifies them is the rear plate, there is a larger gap from the top of the water jet outlets to the top of the rear hull, the initial rise kept the same rear plate as the PT 76. Also looks like the BTR 50 underwent similar changes to the engine deck with later variants also having a recessed exhaust and a notch in the side.