I can’t contribute,
I’ve already built the three I had (one each of F1, F2 and G)

At first, I,thought that price must be in yen

That seller is looking for (edit) the fool supposedly born every minute!

It looks like an honest mistake. All his other kit listings start at $29.00. It looks like he simply missed a decimal point on this one.

Still, I wouldn’t want to get screwed by bidding on a “maybe” mistake! If it is a mistake, the vendor has had plenty of time to correct it.

Why would anyone bid on it at that price? That would make them the fool. Not saying it shouldn’t have been caught, but I don’t think it was a valid price to begin with.

I tried contacting the seller to verify the price (not that I have ANY intention of buying it), but he isn’t available to answer any questions.

Not quite as old of a kit as that one above but very content with my 30+ year old build: 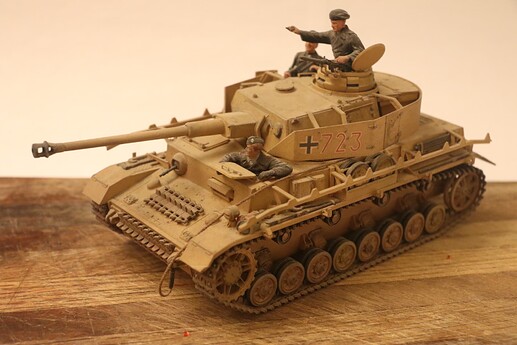 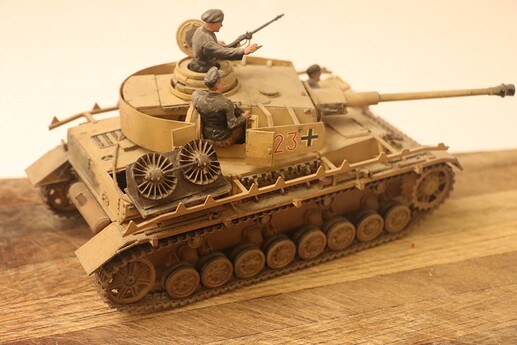 Agreed. In their day, Italeri released some excellent kits - as well as some stinkers! But, by and large, some of their kits had more finesse than contemporary kits from Tamiya, etc.

Still the same price and, not surprising, no bids eithers…

I haven’t got the faintest clue … On the other hand, the seller is apparently not very curious either, why he doesn’t get bid. And doesn’t check his messages, as Leo indicated that he tried to contact him…

It’s not like that is the only one, you see lots of overpriced kits, especially from Japan:
Tamiya 1/35 German Heavy Tank King Tiger (Henchel Turret) Used From JAPAN 4950344325078 | eBay
Ken