Question about weapons load on a Skyhawk

Yes, but it would only carry a bomb on the middle and outer station. 2 per TER rather than 3. The reason was to give the undercarriage doors clearance to open and close.

The picture here is an E, but it shows how the load would be fitted. 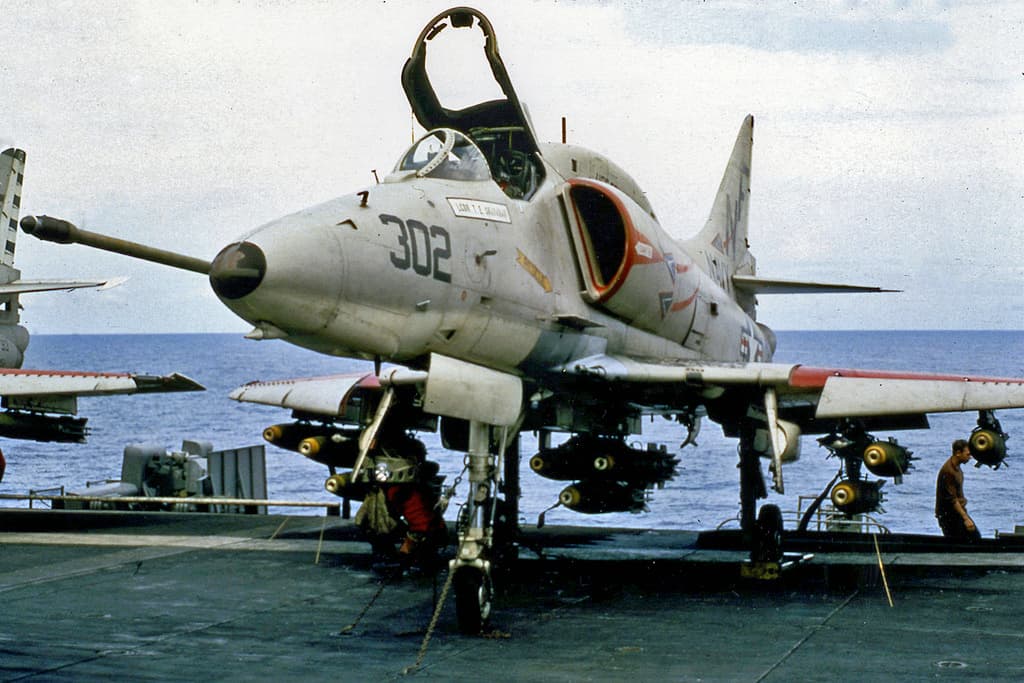 The centreline could carry either an MER or TER, but usually a droptank if the underwing stations were carrying bombs.

I think that they could carry an MER on the wing stations, but I’ll have to check my references.
Do you have a particular squadron, time and location in mind?

I suppose this has nothing to do with the original question but it prompted my memory from an ancient Arfix catalogue which proclaimed that “the Skyhawk could carry an atomic weapon”. I just wonder what this may have been. 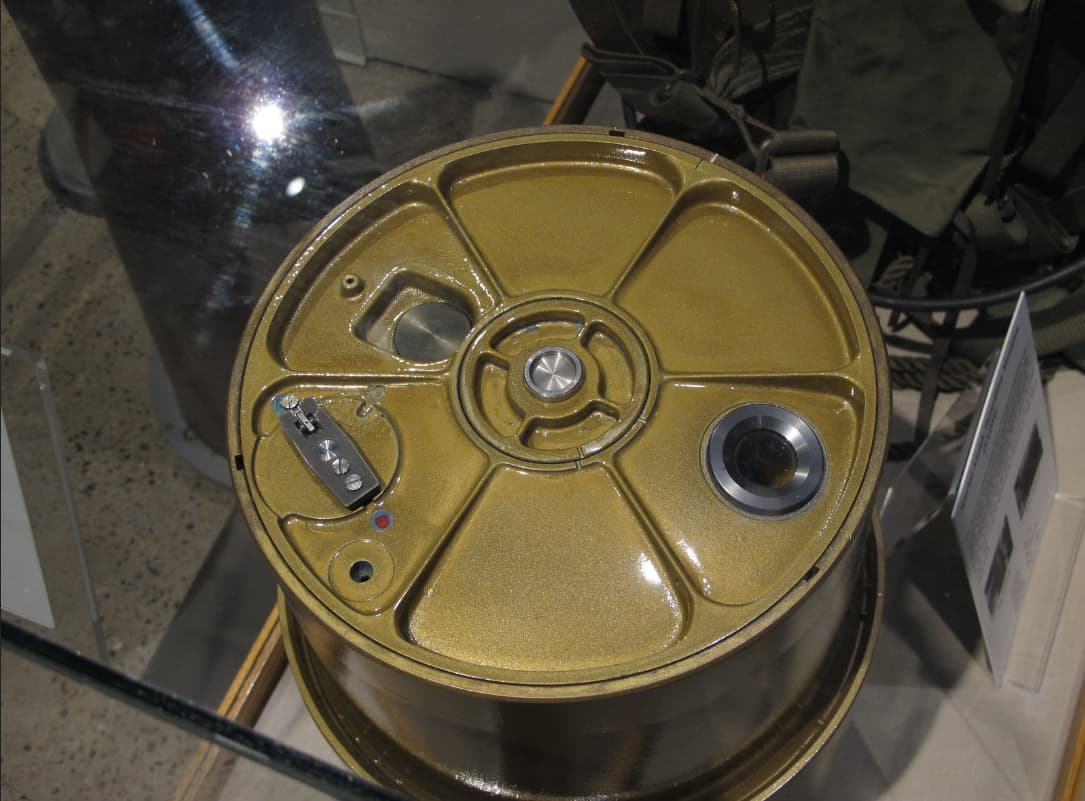 We carried it around in this: 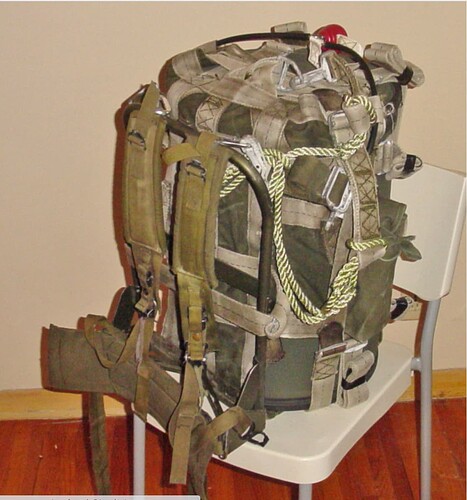 Clearly a bit of a tangent here! Is that not what was referred to as an ADM (Atomic Demoliton Demolition) - ie a manportable nuke? In other words, everything becomes “man-portable” if one puts handles (or in this case, straps) on it.

I have to point out that really a C130 could carry just about anything could it not?

The back pack version was the SADM. But in answer to the original question, I believe it was in the movie The Sum of All Fears - an A-4 carrying a nuclear bomb is shot down, and years later falls into the wrong hands. Now I know it was just a movie, but the ex insurance salesman was known for doing his research, so…possible I’d say.
I suppose any plane can carry a nuke. I’ve always wondered about that. Seems like if it can handle the weight…
The big question, kinda like like the one my team used to ask ourselves - can you get out of the way in time? Fortunately we never had to find out. I imagine the electronics have to be shielded from EMP as well.

If memory serves the nuke in Clancy’s book was an Israeli made one. US B-43 nuke was designed for fighter bomber use. B43 nuclear bomb - Wikipedia

A little looking around has revealed this photo. Apparently they could be fitted with a nuclear blast shield in the cockpit to give the pilot some form of protection during a nuclear strike. 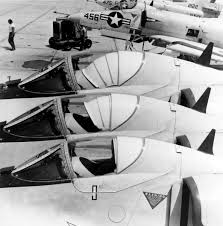 I’m going to assume that this would be fitted if needed, as I’ve never seen this kit in one before.

Still looking for a photo with a bomb. 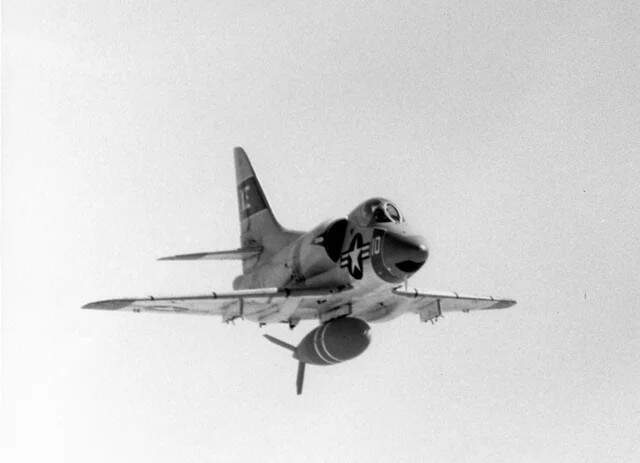 I’m building a VA-76 Scooter while they were flying from the Bon Homme Richard in 1967.

Thanks - the Wikipedia article cites the B43 so that must have been it, all cleared up! That, I’m sure, would have been the system blithely mentioned in Airfix’s catalogue all those decades ago. 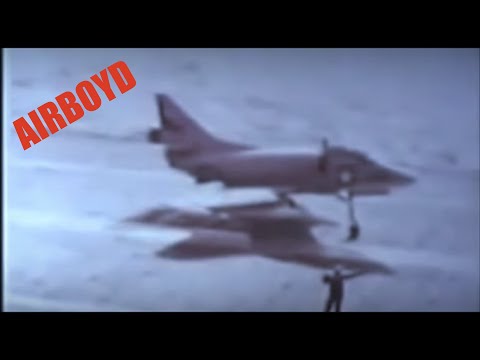 Wow. I now want to build a Skyhawk. 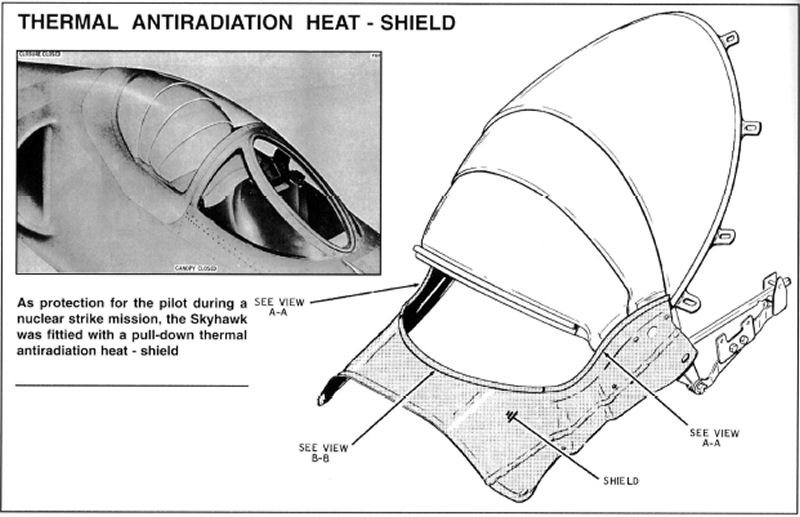 Hadn’t seen a SADM in a LONG time! When I was in 5th GP in the late 70’s / early 80’s we “lost” a practice (dummy) SADM on a night HALO jump at Bragg. Turns out the nylon lowering line had been stored too close to a heater in the rigger shed and had become brittle. When the jumper dropped the SADM (on the lowering line) it broke and kept on going!

After some anxious hours of searching, we found it. The investigation on that one was painful!

I’ll bet it was. Nothing like a good 15-6 to get the blood flowing.
As the youngest guy on the team, I had to jump it, but it was a rope jump. Hell, my team jumped in BBQ grills and small black and white TV’s, why not a thermonuclear weapon?
I’ve never seen photos of a team actually training with the dummy, so here are two from my collection. We were practicing emplacing it near a railroad bridge on South Post at Fort Devens when I was in 10th Group. 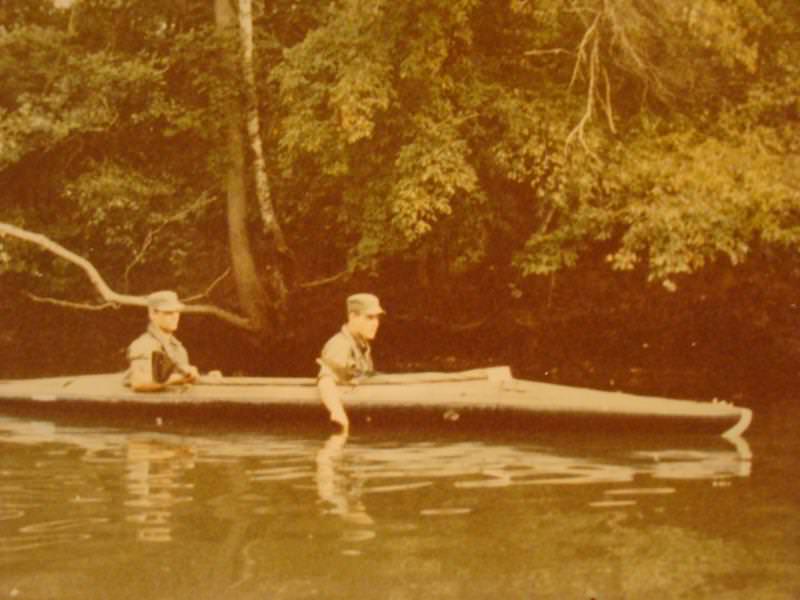 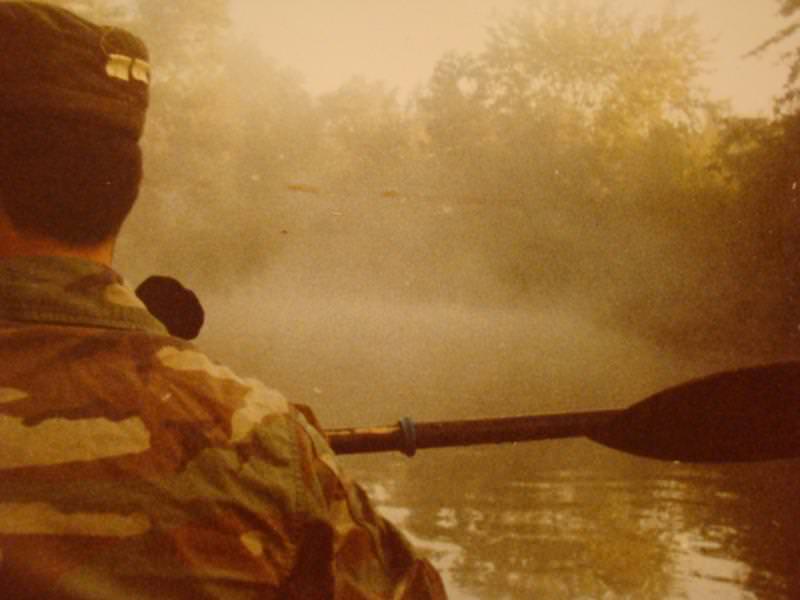 Obviously at that time I couldn’t photograph the actual device, even if it was inert.
It was that weird time when we could wear OG 107’s or BDU’s, or even ERDL for that matter.

I do not get the idea for the blast shield. The thin skin aluminum of the aircraft would not be very protective so why the shield?. Was it to temporarily block the bright light of the blast?