Hello everyone,
its been a long time since I was here. So now that I’m back, I would like your help with the task I’m trying to accomplish.
First of all I would like to know on the front part of the turret that slants back from the main gun, does anyone know the dimensions of that particular armor plate is, meaning how long and how wide from the bottom to the top? If someone has a kit in 1/72nd scale that would be even better, then I can get an idea of what the size would be.
Second, I’m building the M1a1 with the logo of “Bill the Cat” on that part of the turret, does anyone know what armor division that particular tank was stationed?
Thank you.

I’m building the M1a1 with the logo of “Bill the Cat” on that part of the turret, does anyone know what armor division that particular tank was stationed? 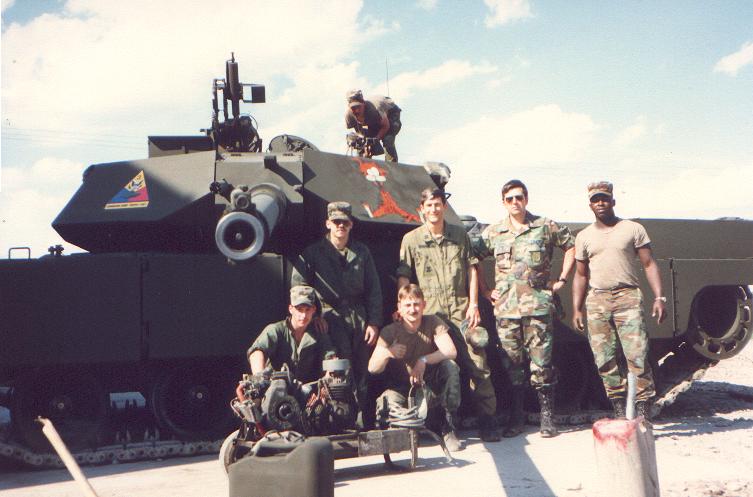 “Bill the cat” as seen on one of the M1IP’s from 4/8th Cavalry at the CAT87 competition with crew members.

Yes this is the one! can you tell me the size of the armor plate that bill the cat is on?

4/8 CAV was assigned to 3rd Armored Div at the time.

More info on the M1IP as well:

USA (1984-2000) Main Battle Tank - 890 Built The Improved Performance M1, often referred to as IPM1 or M1IP, was a stopgap before the introduction of the M1A1 upgraded standard. It was intended to implement

I have the Revell Kit# 03112 of the M1A1 (HA) “Abrams”.
Can you please tell me in your opinion which kit would be the best representation for the M1IP “Abrams” on the market? Is the one I have a suitable for what I’m trying to accomplish?

In 1/35, there is the Panda M1IP kit, which has a few issues, but is pretty good. It also comes with the “Bill the Cat” markings. Here is a pretty good review of the above kit that mentions the issues with it.

Hmmm…if you have a printer, and just a bit of cleverness, you could download the sprue shots, re-scale them for 1/72, print them out, and have scale reference drawings for an M1 IP!