Questions on the size of the squares on a airfield tarmac

I’m building an aircraft diorama in 1/72nd scale and I would like to know what the size of the squares on the tarmac would be?
Thank you

In 1/72 scale every 6’ is one inch. I believe the squares are at minimum 12’x12’, a lot depends on how thick the concrete is. You can use google to study the airfield you want and get close to the size you need.

thank you for the information.

I guess you are not inquiring about Marsden Matting?
Jack

The size of a western square concrete slab in Europe is often 3 by 6 meters.

Just for some added info for you @Chris_Kelm or anyone else.

The following pictures were just taken from the old disused airfield from WW2 at St Eval. It was an RAF station during the war but was also used heavily by the the US Air force. Everything from heavy 4 engined bombers, B17s and Lancs etc to a vast array of other aircraft, fighter, coastal command, light - med bombers, Recce and transport. I counted over 40 different types of aircraft from WW2 alone.
Any way, the pictures.
They consist of tarmac strips which formed the majority of the Perry track which links the aircraft aprons in front of hangers to the main runway areas.
In general these are from 17 to 20ft in width up to 50 to 60ft in length. 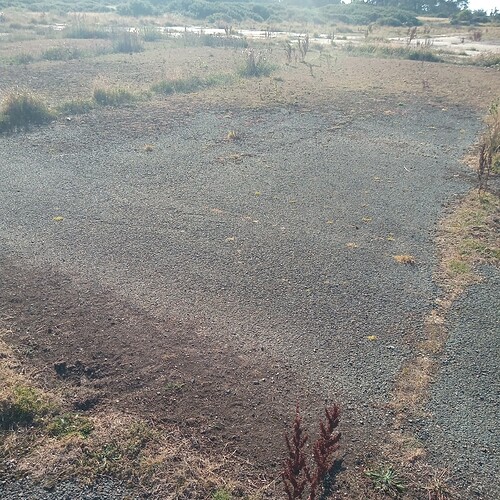 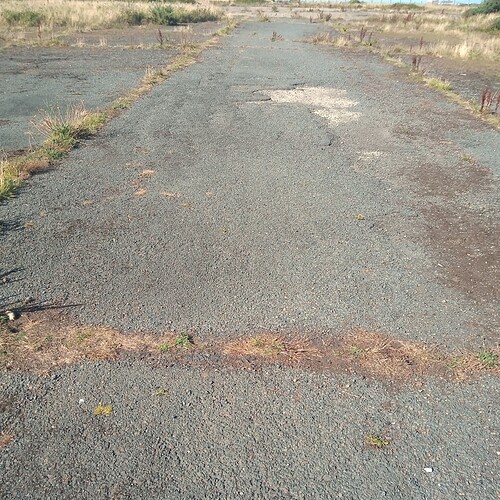 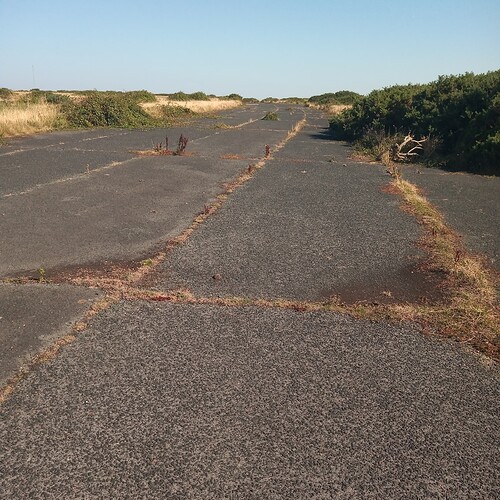 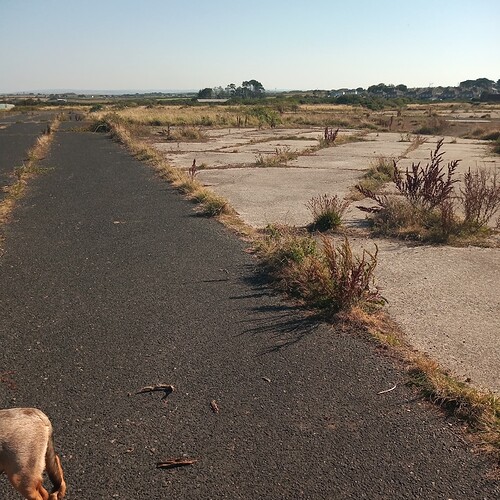 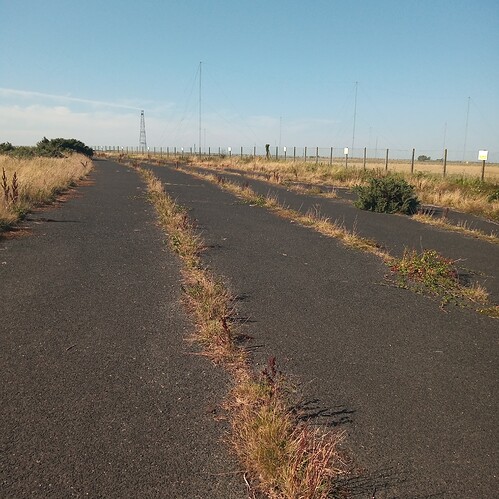 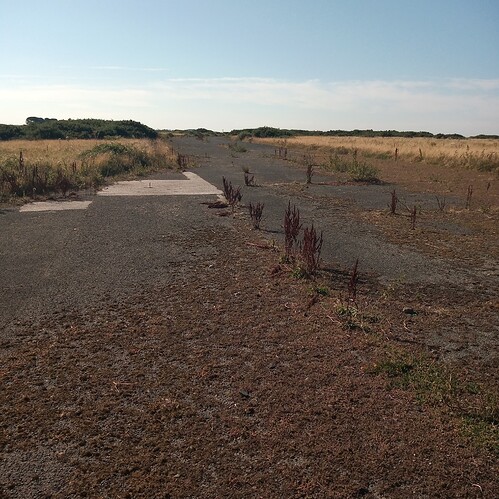 The concrete sections are pretty uniform at 10ft by 10ft.
This were in front of hangers and aircraft hard standing areas and a very small area of Perry track 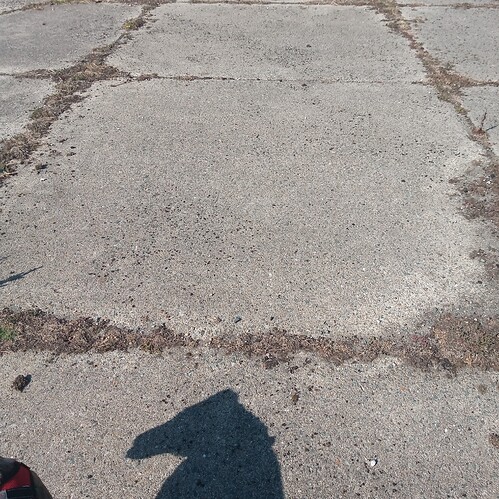 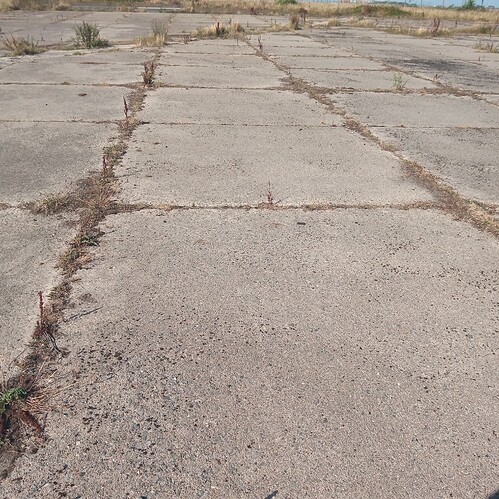 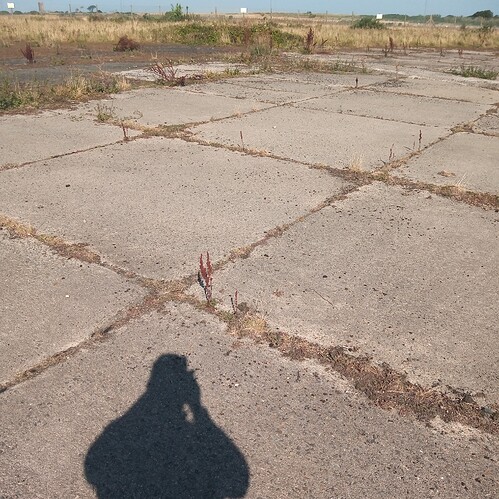 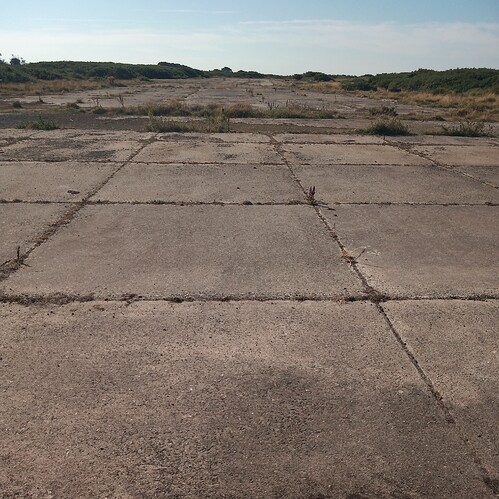 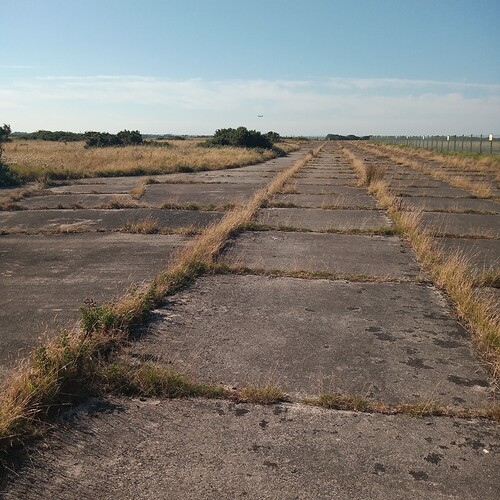 And there are obviously areas that were odd shapes like going round corners etc where they just had odd angles. 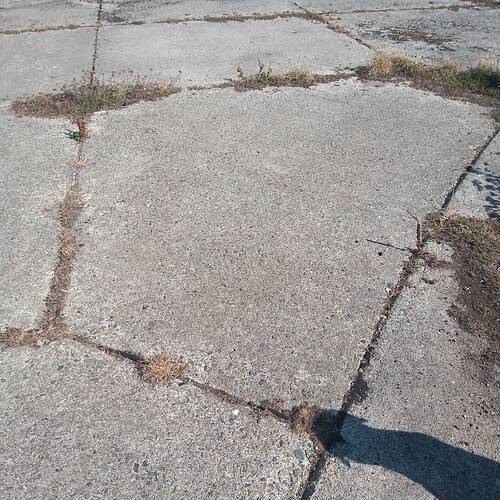 This is by no means a definitive answer as I am sure there are lots of variations at different RAF and US airfields from WW2, it’s just to give an idea. HTH.
John

Edit… Forgot to mention, in image no5 of the concrete sections, for the very eagled eyed aircraft spotters; in the middle of the pic is an RAF Hercules which was doing some touch and go training at Cornwall airport

… I try to please lol